Reflections on Secretary Clinton's Launch of the QDDR

We both attended Secretary Clinton’s presentation of the QDDR at the State Department on Wednesday morning, December 15, where she was joined on the dais by Policy Planning Director Ann-Marie Slaughter, USAID Administrator Raj Shah, Deputy USAID Administrator Donald Steinberg, and Under Secretary for Management Patrick Kennedy. The event left several strong impressions.

Secretary Clinton has an impressive command of, and commitment to, the strategic objective of “doing better” in meeting the challenges laid out in the QDDR—most importantly, integrating the work of the State Department and USAID. She is firmly in control and made forcefully clear she is drawing to a close the far-ranging, extended two-year process of consultation and is determined to move forward.

The watchwords are now “civilian power” rooted in “collaborative inclusive leadership.” Absent was any reference to “smart power,” the concept so popular in early 2009 at the onset of the administration.

“Civilian power” means achieving higher efficiency and-cost effectiveness, and driving toward greater unity of U.S. effort. It means regaining ground lost to contractors and the Department of Defense and rebuilding credibility with Congress in the mission and concrete results of development efforts.

It means actively changing the competencies, culture, and outlook of both the State Department and USAID.

The State Department is to expand and strengthen its operational/expeditionary capacities in fragile, conflict settings. It is to add new skills sets and not be restricted to looking only within career ranks. It will give great emphasis to empowering the chief of mission (ambassador) and deputy chief of mission to lead U.S. government efforts in-country in a truly unified way.

USAID is charged with becoming fully a part of a broader U.S. interagency approach that values unity of effort and collaboration above individual agency accomplishments. Raj Shah made the point that he had already begun altering the selection criteria for USAID country directors to reflect this sea change. Those mission directors are seen as the leaders in bringing about a culture shift within USAID.

The secretary laid out an ambitious and logically coherent agenda. Fulfilling that vision will not be easy and will require addressing a few key challenges.

First, success will rest on adequate and additional resources over a sustained period.

Second, fully empowering the chiefs of mission requires organizing the interagency and budget process back home in Washington to support such a change.

Third, reclaiming ground from contractors is a challenge to politically entrenched interests, just as reclaiming ground from DoD will involve a complex process of negotiation and transition backed by Congress. While Secretary of Defense Robert Gates has signaled his interest in rebalancing civilian and military contributions to development, the devil will be in the details.

Fourth, USAID is granted immediate leadership responsibilities for the food security initiative, Feed the Future, and is in line to transition to control over the Global Health Initiative at the end of 2012, provided performance and competency benchmarks are achieved. This could be a formula for continued interagency trench battles, if special care is not taken. Ensuring the necessary collaborative effort across USAID, the Office of the Global AIDS Coordinator, and the Centers for Disease Control and Prevention to effect this change will require a new model of sustained leadership and collaboration, not always in evidence in the past.

J. Stephen Morrison is senior vice president and Lisa Carty a senior adviser at the Center for Strategic and International Studies. They are the director and deputy director, respectively, of the CSIS Global Health Policy Center. 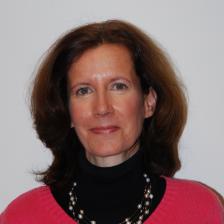 The Department of Defense Contributions to Pandemic Response
By Thomas Cullison, J. Stephen Morrison
May 6, 2022
In the News