Being an opposition presidential candidate in Uganda is an exercise in anxiety. Not because you are unsure of what might happen, but rather because you know quite well what will.

Opposition candidates know that on January 14, 2021, their names and party symbols will appear on the ballot. They know their campaign schedules for events across the country, approved by Uganda’s Electoral Commission, which has attempted to adapt its regulations to stem the spread of Covid-19. They know the risks.

Standing in their way is President Yoweri Museveni, who has been in power for 34 years. He was nominated unopposed by his ruling National Resistance Movement (NRM) party to run for a sixth presidential term in the January elections. Since taking power in 1986, he has ushered in a new constitution and eventually agreed to allow multiparty politics. Yet, despite his early claims that he would not “overstay” in power, he has meticulously set himself up to remain in control. Museveni and the NRM in 2005 orchestrated the removal of constitutionally mandated presidential term limits and, in 2018, the removal of presidential age limits.

Museveni is relying on well-worn regime tactics: partisan law enforcement, threats to civic actors and the media, and lethal force against dissenters by police and military to remain in power. In late November, Ugandan social media filled with grisly videos and photos of the arrest of two presidential candidates, as well as security forces shooting at civilians protesting the arrests. All of this has happened in previous electoral campaigns. But this time, there is a new intensity in the unabashed state violence and a mounting death toll.

Q1: Who is running against Museveni and what hurdles do they face?

A1: Ten opposition candidates will appear on the ballot, including the popular, dynamic musician-turned-politician Bobi Wine, whose birth name is Robert Kyagulanyi Ssentamu. Wine has hit a nerve in Uganda’s political landscape for his bold criticism of politicians’ self-enrichment and his deft ability to engage a growing youth population that has never known another president. Uganda’s median age is 17 years old, and people age 18-35 make up roughly 67 percent of registered voters.

Three other opposition parties—the Alliance for National Transformation (ANT), the Forum for Democratic Change (FDC), and Democratic Party (DP)—are also in the race.

Opposition candidates face systemic setbacks. Museveni maintains total command of the police, the military, and the Electoral Commission. Furthermore, NRM party and campaign structures are well established after many decades of unfettered control. Whereas the NRM has lined up candidates to contest all the parliamentary seats—excluding the 10 parliamentarians designated from the military—no opposition party has the structures, capacity, or financing to field candidates for all constituencies. In the current environment, the next parliament might have fewer opposition party members than the current 12 percent.

The opposition and civil society have to contend with repressive legal measures that undermine their ability to organize. The dreaded Public Order Management Act (POMA), which granted the police inspector sweeping powers to arbitrarily prevent or stop gatherings held without his “permission” is a prime example. Since 2013, police had relied on the vaguely worded law to suppress citizens’ ability to assemble and prevent opposition party supporters from gathering, even in private homes. Human rights activists’ hard-fought legal victory in which the Constitutional Court nullified a key provision of the law earlier this year was quickly made irrelevant by the so-called “scientific” campaign regulations.

Q2: What happened on November 19, and why are these elections marked by so much state violence?

A2: In just one incident of electoral violence, on November 19, parts of Uganda fell into violent protests following Wine’s arrest in Luuka district. He was charged with “negligent acts likely to spread the coronavirus” for the spontaneous crowds his campaigns attracted as he stood through the sunroof of his car. Wine was held overnight in the infamous Nalufenya police station in Jinja, known for its numerous cases of torture as a special force operations base, before being released on bail. But his supporters took to the streets in many towns. Citizens with smartphones captured security forces, in and out of uniform, shooting live bullets at civilians, many of whom were not even part of the protests. In a televised national address on November 29, President Museveni confirmed that 54 people were killed during the riots and that the police had arrested over 1,000 people in connection with the violence.

Also captured on video, on December 1, state security blocked Wine’s caravan while he was campaigning in Kayunga district and shot out his car tires and windshield, wounding one of his team members and one of his Electoral Commission-assigned police escorts. It was eerily similar to the August 2018 incident in which security forces killed Wine’s driver while he campaigned for an opposition colleague in a by-election.

So far, social media hashtags like #StopPoliceBrutalityUg, #JournalismIsNotACrime, #EndPoliceBrutalityUg, and #FreeBobiWine have elicited minimal government action to hold any of the officers accountable, even those caught on video blatantly firing on bystanders. President Museveni blamed the riots on political actors "acting with impunity" and who wanted to “render Ugandans ungovernable.” He then deployed the military, allegedly to buttress the work of the police, but the military has largely usurped the police role.

Museveni has often appointed high-ranking military officers to lead the police. The elections of 2021 will be the first in many years without General Kale Kayihura at the helm of the police. A long-standing regime loyalist, Kayihura had been a key protagonist in the 2006, 2011, and 2016 electoral dramas that forced the opposition to campaign through tear gas, “preventative” house arrest, and criminal charges.

In 2018, Kayihura precipitously fell from grace, charged with crimes, which were later dropped. More than one year after Museveni removed him from his post, the U.S. Department of the Treasury’s Office of Foreign Assets Control issued sanctions against Kayihura for human rights abuses and corruption and the State Department issued visa restrictions. These efforts were late given Museveni had already taken action against Kayihura’s “excesses.” Certainly, the sanctions have not served to stem security forces killing protestors; new commanders are easily repeating the same patterns.

The current deputy inspector general of police, Brigadier Sabiiti Muzeyi, former commander of the military police, stated that “with the contemporary nature of crime that police is faced with, the lines between the roles of police and the army is getting thinner,” and he has insisted that “police must be ready to perform the functions of a military force.”

The military’s violent conduct goes well beyond breaking the opposition’s spirit; the violence helps set a standard that the opposition has no ability to win against Museveni. Uganda has never had a peaceful political transition since independence.

Q3: What role are international and local civic actors playing in the 2021 election?

A3: There will be no international electoral observers in this election cycle. The Museveni government has sought to reduce scrutiny of the campaigns by barring some international journalists from the country and deporting or preventing the return of some international staff of foreign democracy organizations.

Uganda’s local observers are working under difficult circumstances. The government’s years of chipping away at freedom of expression and assembly have taken their toll. In the face of lethal force, activists are too scared to organize peaceful protests against the brutality of November 19, 2020, or any other recent bloodshed.

A group of 68 Ugandan civil society groups formed the National Election Watch-Uganda (NEW-U) to work as a domestic election observation initiative. After NEW-U issued a press release criticizing the police’s heavy-handed response to a gathering of Wine’s supporters in September, the new nongovernmental organization regulatory body, the NGO Bureau, issued a stern judgment that NEW-U was unlawful, stating that the coalition “lacks the legal authority/basis to transact any activity in its own capacity.”

Last week, the government’s Financial Intelligence Authority said it would be freezing some bank accounts of domestic nonprofits working on good governance and election observation. The authority provided no official reason. While negotiations over the account freezing are ongoing, the threat has further curtailed the potential for civic organizations to actively monitor and report on electoral issues for voters.

Q4: How can regional and international stakeholders play a constructive role during and after this election?

A4: While readily accepting Western funding to support his security forces, Museveni accuses foreigners of supporting Uganda’s political opposition. Just recently, he returned to one of his favorite electoral leitmotifs—that groups in urban areas protesting his governance are supported by foreigners, “including homosexual groups that don’t like the stability and independence of Uganda.” Such spurious comments leave ambassadors in a defensive posture as they try to explain that, on the one hand, they support the rights of LGBTQ+ people but, that on the other, such support is not akin to support for the political opposition.

In the mid-2000s, President Museveni was praised within and outside of Uganda as a reformer who had brought about economic revitalization and some political stability. The country’s donors and allies are much less forthcoming in expressing their concern for Uganda’s democracy shortfalls. The African Union has consistently soft-pedaled on Museveni’s iron-fisted status quo. African governments, including Uganda, participate in the African Peer Review Mechanism (APRM) to conduct voluntary self-assessment of each other’s governance, but it has been reduced to a technical exercise without real engagement on elections or domestic political dynamics, and no means to address them.

In response to many corruption scandals involving foreign assistance, aid has slowed or halted at various times, but each time it has resumed after largely cosmetic reforms and minimal accountability. The United States, United Kingdom, European Union, and African Union have prioritized Uganda’s military involvement in the African Union Mission in Somalia and the notion of Uganda as a regional “stabilizer” in the context of the Democratic Republic of Congo and South Sudan. In this way, Museveni has savvily outmaneuvered many world leaders.

Very little can likely be done to remedy Uganda’s electoral process; the election is six weeks away. The fear, however, is that each day violence could escalate, and while some may assume that the outcomes are predictable in Uganda, the situation could well reach a tipping point.

Despite a very challenging global context for public health and democracy writ large, international and regional actors should be speaking out much louder against the targeted attacks on the opposition and the collateral impact on voters. They should tenaciously ensure that any financial support to Uganda does not further the state’s ability to carry out more violence against its own citizens.

Maria E. Burnett is a human rights lawyer and senior associate (non-resident) with the Africa Program at the Center for Strategic and International Studies in Washington, D.C. 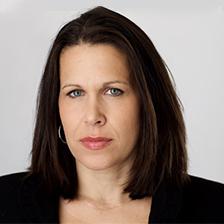 Most Recent From Maria E. Burnett

Fault Lines in Five More Years of Museveni’s Rule
By Maria E. Burnett
May 14, 2021
In the News