On February 23, Japanese foreign minister Toshimitsu Motegi stated that “universal values, such as freedom, respect for human rights and the rule of law, must also be protected in China, including Hong Kong” and that Japan “strongly urges China to take positive concrete actions.” The Japanese public’s interest in developments in Hong Kong has been increasing since the August 2020 arrests of prominent democracy activists Agnes Chow and Jimmy Lai under Hong Kong’s new national security law.

In the twentieth issue of the Debating Japan newsletter series, the CSIS Japan Chair invited Dr. Stephen Nagy, senior associate professor at the International Christian University in Tokyo, and Dr. Shin Kawashima, professor at the Graduate School of Arts & Sciences, University of Tokyo, to share their perspectives on whether Japan should do more to support democracy in Hong Kong. 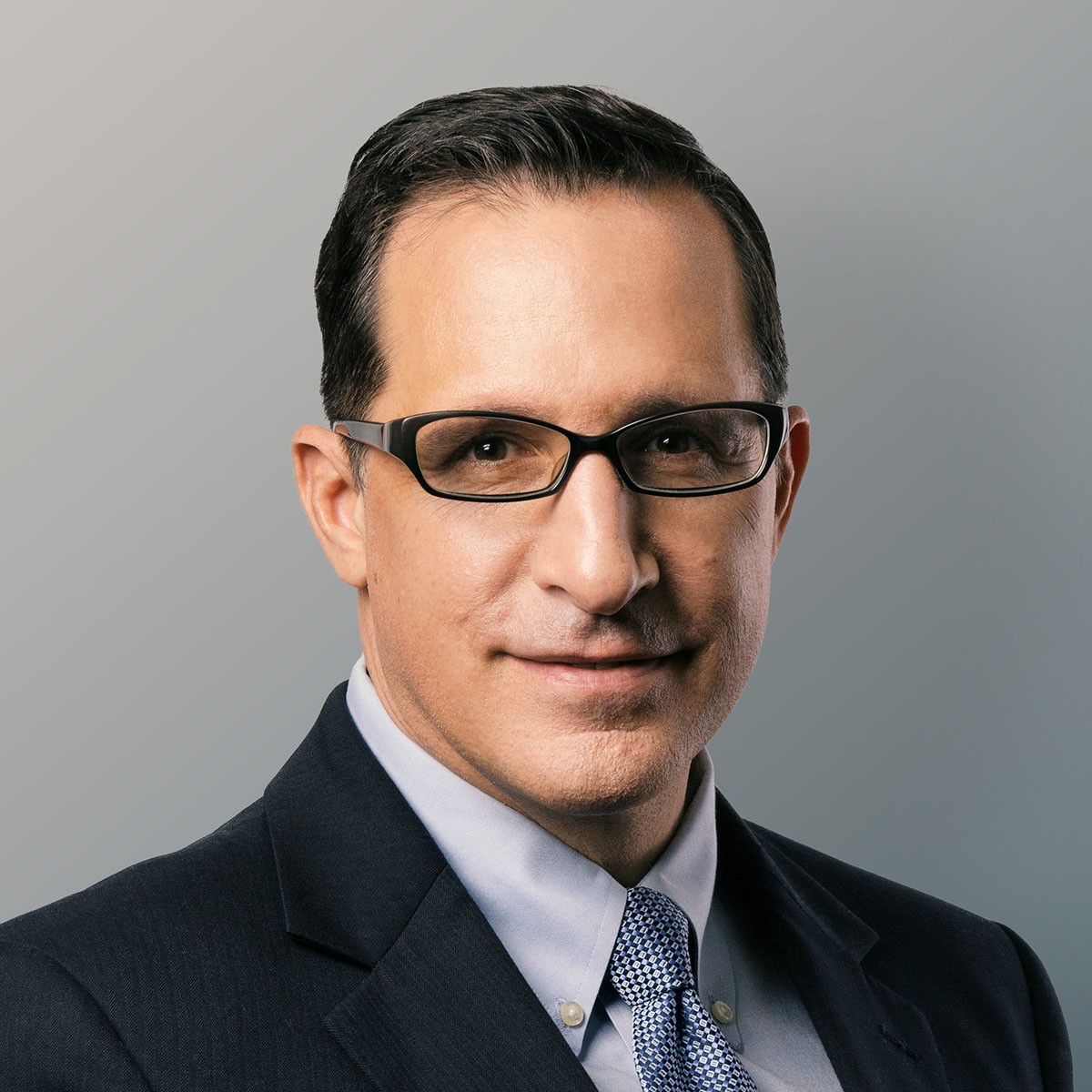 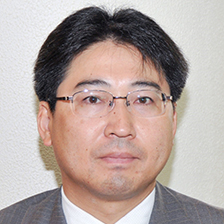 In August 2016, Japan announced at the Tokyo International Conference on African Development (TICAD) VI held in Kenya the Free and Open Indo-Pacific (FOIP) vision. Its core pillars include promoting a rule-based order, prosperity, and stability in the Indo-Pacific region.

Hong Kong is an important financial hub in the Indo-Pacific. It is also Japan’s fourth-largest export destination and is home to Japanese investment and small and medium-sized enterprises (SMEs), which use the city as an entry point into the Chinese market. China’s introduction of the June 2020 National Security Law (NSL), the social and economic instability associated with the 2014 Umbrella movement, and the 2019 Anti-extradition movement have damaged the city’s rules-based order, its prosperity, and its stability.

In line with the FOIP vision, Japan should leverage its diplomatic and economic resources to proactively support rule-of-law, freedom of the press, and a much more transparent enforcement of the June 2020 NSL in Hong Kong.

Hong Kong’s democratic evolution, while desirable for Japan, has not been the basis for Japan’s deep and longstanding investment and engagement in Hong Kong. It was Hong Kong’s comparative advantages. These included its industrious people and the international agreement known as the 1984 Sino-British Joint Declaration (Joint Declaration) negotiated between China and the United Kingdom. The agreement allowed Hong Kong to coexist under Chinese sovereignty in the “one-country-two systems” framework.

This co-existence meant Hong Kong could retain a high degree of autonomy characterized by an independent judiciary, freedom of the press, and a transparent, rules-based legal framework. These characteristics made Hong Kong a beacon of stability and transparency for Japanese investment into Hong Kong and Mainland China. In short, Hong Kong was governed according to FOIP principles associated with a rules-based order.

These characteristics have been seriously eroded with the adoption of the NSL. The ambiguous law has resulted in political arrests obfuscating the line between responsible political citizenship and what the Chinese government calls the “three evils” of secession, subversion, terrorism, and collusion with foreign forces. Japanese businesses fret about business decisions within this context and how an employee accused of violating the NSL could affect their business prospects.

There was already deep skepticism of the reliability of China to keep its international agreements on Hong Kong given that it has reneged on its 2007 decision by the National People’s Congress Standing Committee (NPC Standing Committee) to achieve universal suffrage in the election of Hong Kong’s chief executive in 2017.

In addition, the anti-extradition protests of 2019 in which the Hong Kong Legislative Council attempted to introduce an extradition law that would enable Hong Kong to legally extradite accused individuals, regardless of citizenship, back to the Mainland and into its opaque “legal system”, has shown that Hong Kong and subsequently the interests of Japan and other stakeholders in Hong Kong are being placed at risk.

Promoting democracy in Hong Kong is not realistic as China tightens its authoritarian grip on Hong Kong under Xi Jinping. Notwithstanding, Japan’s national interests are wedded to its FOIP vision, promoting a rules-based order in Hong Kong and throughout the Indo-Pacific. With that objective in mind, Tokyo needs to explicitly convey to Beijing and Hong Kong that violations of the Joint Declaration and a rules-based order are damaging Japanese business’ confidence in the Special Administrative Region and have downstream negative consequences for Japanese investment in Mainland China.

This means further diversification of Japanese investment away from China, a concern that communist leaders in Zhongnanhai have as the Chinese economy faces downward pressure from structural issues, Covid-19, and trading partners recalibrating their economic relationship with Beijing through initiatives such as the Resilience Supply Chain Initiative (RSCI) in the wake of Wolf Warrior Diplomacy. Simultaneously, Tokyo needs to work with other like-minded partners such as the United States, the United Kingdom, Australia, and Canada, the G-7 or the proposed D-10 to collectively act when China does not abide by the Joint Declaration agreement. This could take the form of collectively imposing sanctions on individuals that undermine Hong Kong’s autonomy and restrict the freedom of expression or assembly of the citizens of Hong Kong, as the U.S. Treasury did against Carrie Lam in August 2020.

Pressuring Hong Kong and Beijing to act in the spirit of the Joint Declaration must also come together with incentives for promoting a transparent rules-based order in Hong Kong. Borrowing from the Blue Dot Network model that promotes infrastructure and connectivity that is open and inclusive, transparent, economically viable, financially, environmentally and socially sustainable, and compliant with international standards, laws, and regulations, Tokyo should work with partners to strengthen business cooperation in Hong Kong based on these principles—principles that are core pillars of the FOIP vision—and eschew businesses that don’t.

Effective promotion of a rules-based order in Hong Kong will require a multilateral approach. Tokyo’s FOIP vision provides a framework for doing so.

One certainly can’t say that the Japanese government has been proactive in responding to developments in Hong Kong. Though it was an active participant in the June 2020 G7 Foreign Ministers’ Statement on Hong Kong, the government has not made any other moves since. This is not to say that no one within either the government or Japanese society at large is concerned about Hong Kong. A cross-party group of Diet members formed the “Japan Parliamentary Alliance on China” in November 2020, and it has since issued statements criticizing China, including a statement of protest when the democracy activists Agnes Chow, Joshua Wong, and Ivan Lam were imprisoned on December 3rd. However, such statements have had no impact on policy. Prime Minister Suga Yoshihide expresses his concern about Hong Kong, but may not have even discussed it strongly with Chinese foreign minister Wang Yi during the latter’s visit to Japan at the end of November.

Japanese society at large has also taken an increased interest in Hong Kong’s affairs, with a number of recent books and research workshops focusing on the city. Nevertheless, such activities have not shaped a large enough segment of public opinion to influence policy. This is likely because most of the Japanese public does not possess a deep understanding of Hong Kong, and attempts to expand general awareness of the city’s issues have largely been unsuccessful. Agnes Chow has become a symbol of the Hong Kong democracy movement in Japan, as she taught herself Japanese and is now fluent, and she has appeared frequently in Japanese media. When she was arrested on August 10, 2020, under the Hong Kong National Security Law—alongside Jimmy Lai and six other staffers from Apple Daily—media outlets in Hong Kong, overseas Chinese communities, and elsewhere focused on Lai’s arrest. Japanese media, in contrast, were unique in mostly reporting on Chow.

It is difficult for the government to take a strong position on supporting democracy in Hong Kong—despite the Japanese public’s awareness of the issues. First, the government has adopted what one might call

a “traditional” approach to its China policy. After the Tiananmen Square Incident on June 4, 1989, Japan coordinated its economic policies toward China in concert with other developed countries. However, Japan placed far greater importance on its economic relations with China than on human rights. Japan set the agenda for China at the G7 Summit of the Arch later that year, and the Japanese government pushed other participants to downplay human rights issues. Although the meeting resulted in economic sanctions, Japan later took the lead in reallowing yen-denominated loans to China.

Second, Sino-Japanese economic relations are crucial. Japan has the third-largest economy in the world by GDP, and China is its largest trading partner. Different from South Korea, Japan is not reliant upon foreign trade for economic growth, as it is mostly dependent upon domestic demand. Japan, therefore, does not necessarily have to concern itself with its economic and trade relations with China. However, as Japan seeks to recover from the economic damage brought about by the Covid-19 pandemic, the rebounding Chinese market is highly attractive. This is not to mention the increasing concern with which the country views China’s implementation of its Export Control Law and Coast Guard Law. Government and business circles want to avoid provocation as much as possible.

Third, Sino-Japanese relations have improved over the past several years. Even though President Xi Jinping’s visit was delayed, he originally planned on traveling to Japan in April 2020. After the Suga administration took office in September, the new prime minister held a phone meeting with Xi where both sides reaffirmed their desire for improved relations. The Japanese government might be hesitant to discuss Hong Kong while Xi’s visit is still in the cards.

Fourth, the intraparty politics of the ruling parties also play a role. Some conservative members of the Liberal Democratic Party have criticized the Abe and Suga administrations for their silence on human rights. However, the tourism industry is a major supporter of Nikai Toshihiro, the party’s secretary general, and he, therefore, pays special attention to relations with China. Kōmeitō—part of the ruling coalition—also has its own concerns with Sino-Japanese relations. These factors likely serve to influence government policy.

It is because of these reasons that the Japanese government has not taken an assertive posture on Hong Kong. More than 90 percent of the Japanese public held negative views of China before the outbreak of Covid-19, and little has changed since then. The public knows about the risks that China poses, but it has also likely become accustomed to living with those risks. To raise general awareness about Hong Kong, it is perhaps first necessary to demonstrate how Japan’s freedoms and democracy are threatened by China’s actions, thereby further drawing the public’s attention and concern toward China as a whole.

STEPHEN NAGY is a senior associate professor at the Department of Politics and International Studies at the International Christian University. Concurrently, he is a research fellow at the Canadian Global Affairs Institute (CGAI) and a visiting fellow with the Japan Institute for International Affairs (JIIA). Previously he was selected as a Distinguished Fellow for the Asia Pacific Foundation from 2017-2020. Prior to returning to Tokyo, he was an assistant professor at the Chinese University of Hong Kong from December 2009 -January 2014. He obtained his PhD from Waseda University, Japan, in international relations in December 2008.

His recent funded research projects are “Sino-Japanese Relations in the Wake of the 2012 Territorial Disputes: Investigating changes in Japanese Business’ trade and investment strategy in China,” and “Perceptions and drivers of Chinese view on Japanese and US Foreign Policy in the Region.” He is currently working on middle power approaches to great power competition in the Indo-Pacific.

WRITTEN WORK BY THE AUTHORS

Hannah Fodale​ is a research associate with the Japan Chair at the Center for Strategic and International Studies, where she focuses on projects involving U.S.-Japan relations and security in the Indo-Pacific region.