RESOLVED: Tokyo Can Become the Next Financial Hub in Asia

Tokyo has recently reinvigorated its long-held goal of transforming the city into a global financial hub. The global importance of the Tokyo Stock Exchange and the Japanese yen, as well as the sheer size of Tokyo’s economy, are key arguments in favor of Tokyo becoming the number one financial city in Asia. However, Tokyo has many competitors in Asia and in the past has struggled to create an attractive business climate for foreign firms.

In the 22nd issue of the Debating Japan newsletter series, the CSIS Japan Chair invited Tomoo Kikuchi, associate professor at Waseda University, and Sayuri Shirai, professor of economics at Keio University, to share their perspectives on whether Tokyo can become the next financial hub in Asia. 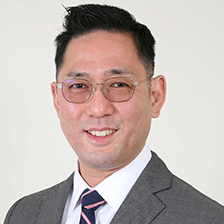 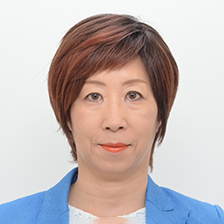 Tokyo has three advantages it can draw on to become the next financial hub in Asia. First, Japan sits on a mountain of cash—¥1008 trillion (US$9.25 trillion)—that can potentially be invested in securities to finance companies based in Tokyo with a global outreach. Japanese households keep 54 percent of their assets as cash in contrast to 14 percent by U.S. households or 35 percent by European households (eurozone). If Japan can channel these cash savings into investment, it would substantially increase the assets of Japanese households, contribute to revitalizing consumption, and end the deflationary economy.

Second, the potential for Japan Inc. and foreign companies to expand globally is higher than ever before. Japan’s net foreign assets amount to ¥365 trillion, the largest in the world. Japan has held this position for the past three decades, but the main contributor has changed from equity investment to foreign direct investment in the last decade. This shows that Japanese companies have expanded their global value chains rapidly, with many deriving more than half of their revenue outside of Japan. The time has come for Japanese companies to be transformed into truly multinational companies and invest overseas in partnership with foreign companies.

Third, Japan can leverage its position as a key ally of the United States to build a common vision and share intelligence for the Indo-Pacific. To this end, it must be in the U.S. interest to support further internationalization of the yen to share its global responsibilities. Since the rest of the world relies so much on the U.S. dollar, the Federal Reserve needs to consider the repercussions of its monetary policy on the liquidity needs of emerging economies to prevent potential sovereign defaults and financial crises. If Japan can supply more liquidity and capital for investment in the Japanese yen to emerging economies, it would ease the pressure on the U.S. dollar and contribute to the above advantages of Japan.

Tokyo should not assume its capital market is considered unattractive only because of the lack of tax incentives, bureaucratic red tape, language barriers, corporate culture, or the lack of support for expatriates and their families living in Tokyo.  The main unattractiveness of Tokyo is its limited domestic growth potential due to Japan’s population decline. Therefore, Tokyo must transform itself as a base for business outside Japan if it is to become the next financial hub in Asia. The fundamental challenge for Tokyo—including the central and metropolitan governments—in becoming a city that attracts globally operating companies is to transform its identity as Japan’s capital into a regional capital and start identifying and functioning as an integral part of Asia.

Japan’s goal of developing Tokyo into one of the major global financial centers has been pursued for a long time as a part of its economic growth strategy—since the 1980s by the Japanese government and since 2014 by the Tokyo metropolitan government. This vision reflects the idea that Tokyo deserves this status due to the sheer size of its economy and stock market, as well as the important role played by the Japanese yen in foreign exchange transactions and foreign reserves. Over time, however, these comparative advantages have been eroding, especially since China became the second largest economy after the United States in 2010. In addition, the Japan Exchange Group (which owns the Tokyo Stock Exchange) has been lagging behind the Shanghai and Hong Kong Stock Exchanges in terms of market capitalization since last year, while the top two positions continue to be dominated by the New York Stock Exchange and NASDAQ by a large margin. In recent years, moreover, currencies such as the Australian dollar, the Canadian dollar, and the Chinese renminbi have gained popularity. The world is also paying attention to the ongoing experimentation of digital renminbi, which is scheduled to be issued at the time of the 2022 Beijing Winter Olympic Games.

To become a top global financial center, at least one of the following two conditions should be met: the presence of large, diversified, and dynamic domestic financial and capital markets (as found in New York), or alternatively, historical experience in global asset management businesses and foreign currency exchange–related services (as found in London). The use of the English language also adds to the strength of New York and London. Over the past five years, China has been gaining traction among global investors because it is developing diverse financial centers in Beijing, Shanghai, and Shenzhen with a growing number of technology-intensive start-up and unicorn companies funded by the expanding venture capital industry. Also, an increase in the number of middle- and high-income people, along with the associated growth of institutional investors and the asset management industry in China, has accelerated the pace of financial and capital market development, thus providing good investment opportunities for global investors. In contrast, Japan has been facing low economic growth and low inflation for more than two decades with limited acceptance of foreign immigrants and high taxes. Thus, it is challenging for Japan to gain advantages over the United States, the United Kingdom, and China. Tokyo is also unlikely to take over Hong Kong, which continues to function as a gateway to mainland China, due to differences in language and culture, limited availability of information about China’s economy and markets, and geographical distance. The rising rivalry between the United States and China and the growing importance of the U.S.-Japan alliance may amplify this prospect. Singapore might be in a better position in terms of circulating some global funds from advanced economies and the Asia-Pacific region to the mainland (and the other way round) given a large population of overseas Chinese citizens, limited language barriers, and geographical proximity.

Given this background, Japan must present a clearer vision as to what types of financial services Tokyo could offer competitively to the Asia-Pacific region. On this front, two possibilities can be examined: (1) circulating domestically and globally abundant money to finance the development of emerging and developing Asia, and (2) taking the lead in fostering the sustainable and green finance market to help transform the region into a low-carbon economy in the face of growing energy demand. The first possibility has not materialized, as Japan’s financial investment continues to be destined toward advanced economies such as the United States, Europe, and Australia. Japan’s capital remains risk averse as compared with those of the United States and Europe due to strong bias toward debt securities over stocks. These facts appear to hamper Tokyo in becoming a regional financial center due to the limited availability of higher-risk investment needed to finance infrastructure and social projects in the region.

As for the second possibility, Japan still has a chance to succeed, because many countries have just begun to decarbonize their economies by setting a net zero carbon emission target by 2050 (or 2060 in China). The sustainable and green financial markets remain underdeveloped and need to grow further to support innovation and investment activities in key areas including semiconductor, renewable energy, clean hydrogen, and batteries, as well as carbon capture, utilization, and storage. To do so, governments will need to promote corporate non-financial information disclosure and standardization; form a consensus on taxonomy (defining environmentally sustainable economic activities) that helps to allocate funds to truly green and transition activities; and install institutional and legal frameworks that prevent greenwashing practices. The European Union is already taking the lead. China, Singapore, Hong Kong, and the United Kingdom are moving fast to develop top sustainable and green finance hubs. In the face of intensifying competition, there is no time for Japan to relax.

TOMOO KIKUCHI is an associate professor at the Graduate School of Asia-Pacific Studies at Waseda University and an adjunct senior fellow in the S. Rajaratnam School of International Studies (RSIS) at Nanyang Technological University. Previously, he worked at the National University of Singapore, Nanyang Technological University, and Korea University and held visiting positions at the MIT Sloan School of Management and the Keio University Global Research Institute. He is interested in how the global financial market contributes to economic growth and causes cross-country income differences. His papers have appeared in journals such as the Journal of Economic Theory, Theoretical Economics, and the Journal of Money, Credit and Banking. He has edited many books and journal special issues on trade, finance, and investment in Asia and is an associate editor of the Journal of Asian Economics. He frequently writes for newspapers such as the Straits Times and Nikkei Asia. He obtained his PhD in economics from Bielefeld University in Germany.

SAYURI SHIRAI is a professor of economics in the Faculty of Policy Management at Keio University. She is also a senior adviser to the UK-based Equity Ownership Services (EOS) at Federated Hermes. She was a member of the Bank of Japan’s Policy Board in 2011–16. She received her doctorate from Columbia University’s Department of Economics. She has written numerous books and papers on monetary policy, digital currency, and the global and Japanese economies.

Hannah Fodale is a research associate with the Japan Chair at the Center for Strategic and International Studies, where she focuses on projects involving U.S.-Japan relations and security in the Indo-Pacific region.