On May 12, the Senate Armed Services Committee (SASC) released its long-anticipated proposals for reform of organizations and processes in the national security enterprise. The proposals come on top of earlier proposals by the House Armed Services Committee (HASC) and Secretary of Defense Ash Carter. The proposals are not entirely consistent. But even if just a few are enacted, they would change how government makes decisions about strategy, forces, budgets, operations, and the use of force. Here’s a quick look at the proposals, a table showing where the SASC, HASC, and Carter agree and disagree, and a look ahead at what might happen next. (Note: the SASC’s acquisition reform proposals are significant enough that they are covered in a companion Critical Questions.)

Q1: Why is the government now thinking about such large changes to organizations and decisionmaking?

A1: It’s been 30 years since the last major restructuring, the Goldwater-Nichols legislation of 1986, and many experts believe that the world has changed enough that another review is needed. In particular, the experience of 15 years at war have indicated weaknesses in both organizations and decisionmaking processes. Senator John McCain, chairman of the SASC, also has a personal interest in launching reforms before the 2016 elections change the political landscape.

To build intellectual capital, the SASC asked over 50 experts in the national security community to provide their views in a series of hearings last fall and into the winter. Their testimony covered a lot of ground, which CSIS analyzed in March. Although the experts identified a variety of shortfalls and weaknesses in the defense enterprise, no single common theme emerged. There were, however, widespread concerns about strategy formulation, interagency coordination, excessive overhead, and the structure of combatant commands (COCOMs).

Q2: What did the SASC propose?

A2: Senator McCain’s press release described his proposals. These would make major changes to organizations and structures but leave out some of the more controversial ideas that had been discussed in the hearings. (The bill and report are not yet posted, so the descriptions below, based on the press release, may be incomplete.) The proposals were as follows:

o Specify their mission as “executing the national defense strategy” and thereby “focusing [them] more clearly on their core missions of warfighting excellence” without prohibiting them from performing other missions. The concern had been that COCOMs had become involved in too many non-war-fighting functions. Exactly what the change entails will not be fully clear until the bill and report are available to provide more detail.

o Require a pilot program in one COCOM that converts a service component command into a joint task force. Service component commands have been criticized as administrative overhead and, sometimes, as service “lobbyists” at COCOM headquarters. This would test the concept of shifting COCOM support structures toward joint war-fighting missions.

o Create a “Combatant Commanders Council” to better integrate planning and coordinate execution of operations. This enshrines an existing practice of periodic COCOM meetings with the chairman, vice chairman, and secretary.

o Reduce the number of four-star generals from 41 to 27, whose specific billets are spelled out. Most, or potentially all, the service component commanders—like U.S. Navy Europe or U.S. Army Pacific—would lose four-star rank as would the heads of several managerial headquarters.

o Cut the number of other flag and general officers and civilian equivalents (the Senior Executive Service) by 25 percent.

Left off the list were some especially controversial proposals from the hearings like making the Joint Staff into a General Staff, putting the chairman into the chain of command, and creating or eliminating COCOMs.

Q3: What have the House Armed Services Committee and Secretary Carter proposed?

A3: The SASC proposals were not made in isolation. Both Secretary Carter and the HASC have made their own proposals.

On April 5, Secretary Carter laid his ideas out in a speech at CSIS. He made several proposals, which have some overlap with the SASC but are much more limited:

He opposed putting the chairman of the Joint Chiefs into the chain of command and merging COCOMs like NORTHCOM and SOUTHCOM or EUCOM and AFRICOM. Although he noted the importance of the cyber and space domains, he did not propose elevating CYBERCOM and SPACECOM to be independent COCOMs. (Currently, both are subordinate to Strategic Command.)

Secretary Carter twice noted that the original Goldwater-Nichols legislation had taken four years to prepare. This may have been his way of saying that there was no need to rush.

Representative Mac Thornberry, chairman of the HASC, put out that committee’s proposals in early April. Consistent with both the SASC and Secretary Carter, he proposed the following:

In addition, he proposed:

Q4: How much overlap is there in the proposals?

A4: The table below summarizes the proposals and gives assessments about their likely acceptability.

Q5: What will happen next?

A5: This is only the first step in a long process. There are a lot of issues on the table, which will engender a lot of discussion as the process moves forward.

Now that both the House and the Senate Armed Services Committees have made their recommendations, their respective chambers need to pass authorization bills. Expect a vigorous debate about the issues that have been raised and, perhaps, of flurry of amendments from other members. Once both chambers have passed bills, there will be a conference to harmonize the two versions. The conference bill will then need to be passed by both chambers. Once passed, the bill needs to be signed by the president. So it’s a long path to enactment.

These restructuring proposals are not the most controversial elements of the bills. The House bill, but not the Senate, has a controversial provision on war funding that would increase defense spending without increasing domestic spending. When the Congress proposed a similar provision last year, the president vetoed the bill. Other elements, such as the handling of detainees at Guantanamo, are also controversial with the administration. So the bill may never be signed or even be brought to the floor of the Senate.

Then there are the elections. The conventional wisdom is that this Congress will be reluctant or unable to pass annual authorization and budget bills before a new Congress and administration take office in January. That would delay final action until the spring of 2017. 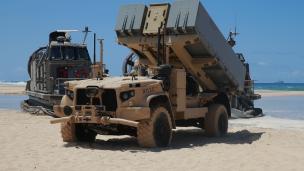 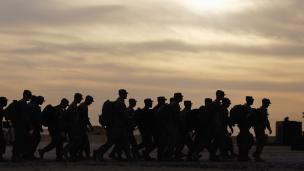