Ever since the oil embargo following the October 1973 Arab-Israeli conflict, the United States has tended to measure its strategic interests in energy in terms of its dependence on direct imports of oil and gas. The new Annual Energy Outlook of the U.S. Energy Information Administration was issued on January 5, 2017. [i] Taken at face value, it reports that United States has reversed its past dependence on energy imports in spite of massive cut in world oil prices. (Please note that the following can be downloaded as a PDF on the CSIS website at http://csis-website-prod.s3.amazonaws.com/s3fs-public/publication/170110_Strategic_Dependence_On_the_Stable_Flow.pdf

Continued U.S. Strategic Dependence on the Stable Flow of Petroleum Exports on a Global Basis

Face value, however, is not an accurate summary of the United States government’s official new estimate of continuing U.S. dependence on the petroleum imports—imports that are critical to the U.S. transport sector, and the global stability of world oil prices and the flow of oil to the world economy and key U.S. sources of imported manufactured goods. The report’s executive summary summarizes the complex interactions involved as follows:

Continued U.S. Strategic Dependence on the Stable Flow of World Energy Exports and the Gulf

Estimating energy import dependence is highly complex and has major uncertainties involving demand, prices, technology, and all the other inputs to market forces. In 2015, the United States still imported approximately 9.4 million barrels per day (MMb/d) of petroleum from about 88 countries. About 78% of gross petroleum imports were crude oil. It exported about 4.7 MMb/d of petroleum to 147 countries. Most of the exports were petroleum products. The resulting net imports (imports minus exports) of petroleum were about 4.7 MMb/d. [ii]

The comparisons of different economic contingencies shown in Figure One make it clear that the EIA still projects that that the United States will import several million barrels a day of crude oil through 2040, or about 10% of its liquid fuels in the reference case.

They also show that the United States would not be ready to maximize its own production of liquids if the world suddenly shifts from a prolonged period of low global prices to the kind of crisis that could occur as the result of a major war that shut off much or all of the 17 million barrels a day of exports that flow out of the Gulf and through the Strait of Hormuz.

More broadly, one of the many lessons of the global recession in 2008 is that the U.S. economy is steadily more dependent on the overall health of the global economy, and whether one likes free trade or not, U.S. global interdependence is already a reality. In 2015, the United States exported $1.6 trillion and imported $2.3 trillion, out of a GDP of $18.7 trillion. Trade accounted for 21% of the U.S. economy. [iii]

There are four other critical factors that also continue to make the U.S. role in the security of world energy traffic—and Middle Eastern energy exports—a critical U.S. strategic interest:


China and Russia are the only potential sources the Arab states have in matching U.S. security guarantees. Any such shift away from the U.S. would pose critical strategic risks.

Figure One: The U.S. Becomes a Net Exporter of Energy, But… Part One 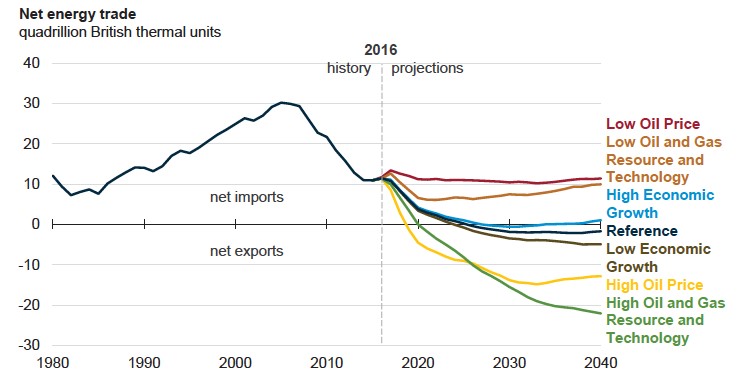 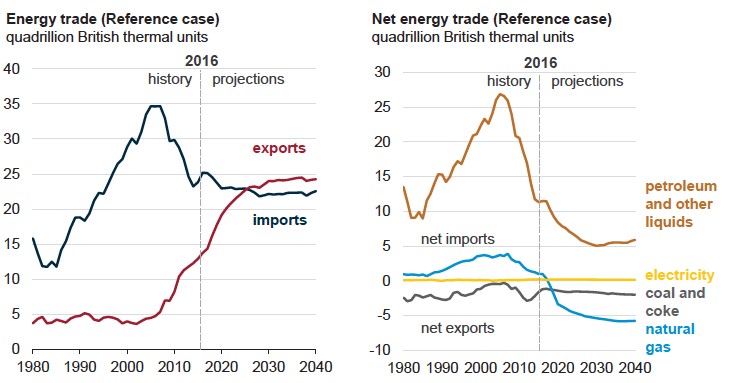 Figure One: The U.S. Becomes a Net Exporter of Energy, But… Part Two 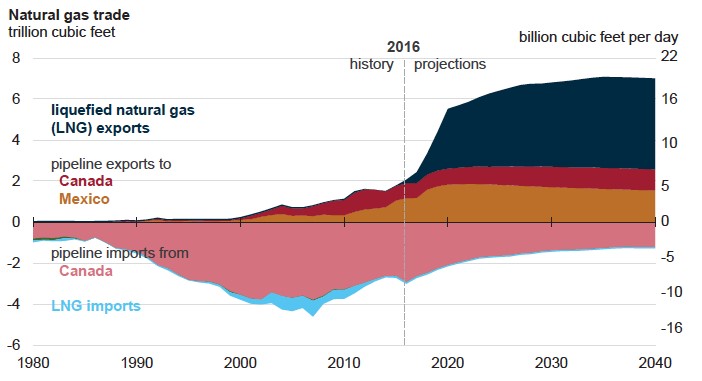 [1] Percentages are U.S. Census Bureau estimates of total percentage of U.S. imports as of August 2016 from top 15 exporters. https://www.census.gov/foreign-trade/statistics/highlights/top/top1608yr.html.