In the days leading up to President Joe Biden’s first trip to Asia last weekend, speculation abounded of an oft-speculated seventh North Korean nuclear test. Pundits, the media and administration officials from both the U.S. and South Korea all reported and assessed that there was a “genuine possibility” that Pyongyang could potentially disrupt Biden’s trip to Korea and Japan with a nuclear test or a long-range ballistic missile test. In the end, the Korea portion of the trip happened without such a disruption, and President Biden held a successful first summit with newly-elected President Yoon Suk-yeol of South Korea from May 20 to 22. When should we expect a North Korean nuclear test? 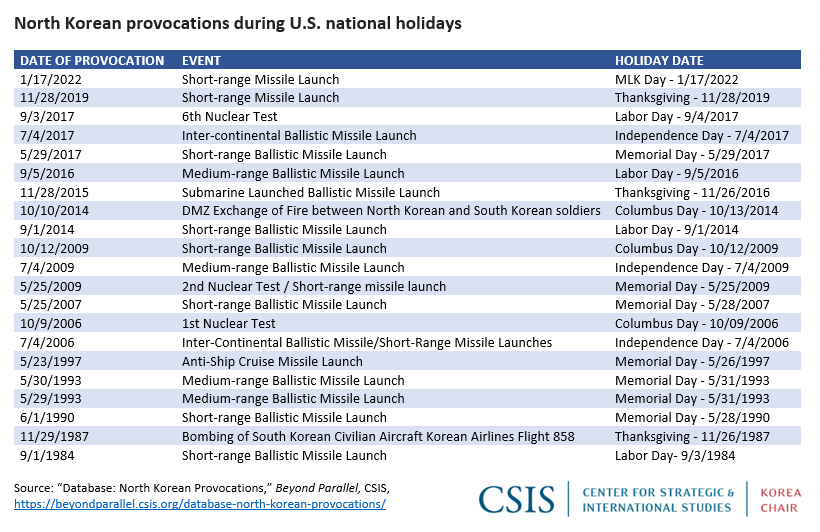 Asia , Korea , Defense and Security , and Geopolitics and International Security