Russia Has Few Interests in Mexico

Russia has had a long but superficial relationship with Mexico. Despite regular diplomatic and commercial relations since 1945, punctuated by periods of shared antipathy toward the United States, the two countries have not developed strong commercial or cultural ties. Except for a brief period of activity at the height of the Cold War, featuring a strong Soviet intelligence presence and limited arms sales, there is not much to build on. It is not obvious how a victory by leftist Andrés Manuel López Obrador (AMLO) in the July 1 Mexican presidential election would necessarily advance Russian goals in Mexico, if those goals indeed exist.

Though diplomats from both countries continue to mouth niceties about increasing trade, apparently few of their business people are listening. For the entire year of 2016, Russia and Mexico had $1.7 billion in trade. That is roughly equal to the value of goods that cross the U.S.-Mexico border every 31 hours. Although Mexican president Peña Nieto discussed possible Russian investment in the oil sector with President Putin last year, nothing has come of it. Mexico is Russia’s 42th-largest export market, representing less than half a percent of its exports, while Russia is just 44th on Mexico’s export list. Mexico trades more in absolute terms with neighboring Guatemala, a country about one-tenth the size of Russia and more than twice as poor.

Even the lucrative arms trade is missing from the Russia-Mexico bilateral relationship. Mexico last purchased Russian weaponry in 2012, a $20 million order for Mi-8 transport helicopters. From 2006 to 2016, it purchased a total of $61 million worth of weaponry, all for Mi-8 helicopters. This was a small fraction of the $1.7 billion in weapons from other countries, principally the United States, Spain, and France. Russian sales to Mexico over the last decade rank below those from the Netherlands.

As a strategic outpost during the Cold War, Mexico had some value to the Soviet Union. The Soviet’s large embassy, centrally located in a pleasant area of Mexico City not far from the U.S. embassy (and close to fashionable expatriate neighborhoods), served as a base for Russian spies. It also was where Lee Harvey Oswald famously met with a KGB agent six weeks before he shot President John F. Kennedy. But since the fall of the Soviet empire in 1991, Russian diplomatic interest has waned. Although President Vladimir Putin has met twice with Mexican presidents (in 2004 with Vicente Fox and in 2012 with Enrique Peña Nieto), high-level meetings are infrequent. Foreign Minister Luis Videgaray made his first trip to Moscow in late 2017, the first since President Felipe Calderon’s foreign minister, Patricia Espinosa, visited in 2011.

Given our knowledge of Russian interference in the U.S. elections in 2016 and in the Catalonia referendum in 2017, it is plausible that the Russians may be trying to undermine the Mexican presidential elections on July 1. Many observers point to a remark from National Security Adviser H.R. McMaster on December 15 in which he warned of “signs of [meddling] in the Mexican presidential campaign.” But the U.S government has not publicly released any corroborating information, and other press reports tend to be fact-free, anecdotal stories of shadowy figures in Mexican politics, the media, and business community. Hard evidence is difficult to come by.

Apart from simply sowing confusion, it is not immediately obvious what the Russian’s fake news endgame in Mexico might be. Although an AMLO victory—assuming the Russians want one—is likely to complicate U.S.-Mexico relations, it would not be a strategic setback, in the way that “losing” countries in the Cold War was perceived. López Obrador also is advocating cuts to government spending, not for instance, a military spending spree on Russian helicopters. Finally, with such a tiny commercial relationship, there is little opportunity for bribes or payoffs. For corrupt Russian elites, Mexico is not a growth market.

Richard Miles is director of the U.S.-Mexico Futures Initiative and deputy director of the Americas Program at the Center for Strategic and International Studies in Washington, D.C. 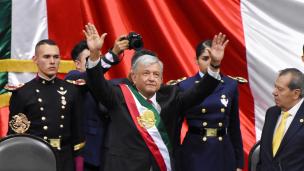 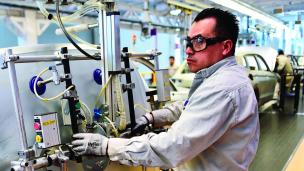 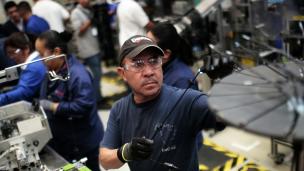 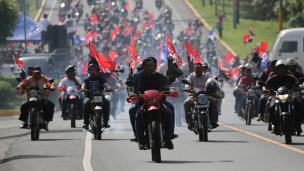 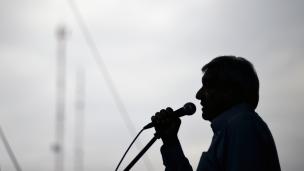