Two weeks ago, I discussed the challenges facing the Trump administration in 2019 and last week focused on the challenges facing the Congress. Completing the series, this week will look at the World Trade Organization (WTO). For the readers of this column who are trade wonks, there is no need to explain what the WTO is or what it does. For the rest of you, let's just say it plays an outsized role in the global trading system, and, as my colleague Scott Miller says, "You'll miss it when it's gone."

It is important because it is the venue for multilateral trade negotiations that can promote global growth and job creation. Since progress on that front is largely stalled right now, its other function—dispute resolution—has drawn more attention. It is the only multilateral institution that has a fully developed dispute resolution system, one that not only adjudicates disputes but can make its decisions stick. It uses a two-part process—panels of experts that initially rule on disputes and an Appellate Body that considers appeals of panel decisions. Because panel decisions (if not appealed) and Appellate Body decisions can only be blocked by consensus, the system has considerable clout.

While the panels have operated without much controversy, the Appellate Body has become the target of attacks, primarily from the United States. Without going into mind-numbing detail, there are two categories of criticism. First, the Appellate Body has either not adhered to its own rules, such as the time limit for producing a report, or has taken procedural decisions that properly belong to the full Dispute Settlement Body, such as deciding that members whose terms have expired can continue to work on pending cases. Second, the Appellate Body is guilty of judicial overreach—its decisions interpret WTO rules in ways that go beyond what the members negotiated in the Uruguay Round.

The United States is not the only country that has these concerns, particularly those in the first category, but it has precipitated a crisis by blocking the appointment of new Appellate Body members as the old ones' terms expire. This began in the Obama administration, but it has reached a more serious stage in the Trump administration as vacancies have mounted up. Currently, only three of the seven positions are filled, with two more terms due to expire next December. At that point, the Appellate Body will not be able to function since the rules require three members to consider an appeal. Since the United States is a major player in the dispute resolution process, both as plaintiff and defendant, its demise would be a major blow. If we win at the panel stage, and the other party appeals, the outcome remains unresolved because there is no one to adjudicate the case. Conversely, if we lose, we have no place to go. One can argue that in that situation we would not have to comply, but neither would the other countries in cases where we win. Since we win most of the cases we bring, we have a lot to lose if the system collapses.

This looming crisis has prompted other nations to consider a way out of the impasse. Canada is leading a group that has developed a paper, and the European Union has produced its own paper. In addition, the United States, Japan, and the European Union are developing proposed rules changes intended to deal with the challenges China poses for the trading system because many of the Appellate Body's alleged failures deal with Chinese cases.

However, the one thing you can always say about the WTO is that it's slow. It would be highly unusual for an agreement to be reached on any of these before the Appellate Body implodes. Because of that, countries are thinking about a plan B. One of the more interesting ones is to use Article 25 of the Dispute Settlement Understanding (DSU), which allows for "expeditious arbitration within the WTO as an alternative means of dispute settlement . . . of certain disputes that concern issues that are clearly defined by both parties . . . which shall agree on procedures to be followed." This was probably intended to be employed on a case by case basis when contending parties agree to use it, but in theory WTO members, absent the United States, could agree to use it in all appeal cases except those involving the United States and establish procedures that look a lot like those of the Appellate Body. That would largely solve the problem for everybody else but leave the United States on the sidelines unable to defend its victories or appeal its losses.

A Machiavellian explanation for the U.S. strategy is that the demise of the Appellate Body would allow us to avoid the consequences of two big cases we may lose—over the steel tariffs and our continued treatment of China as a nonmarket economy—but decisions on those are some distance away, while more immediate cases include some against China we are likely to win. If we cannot nail down those victories through a functioning appeals process, we significantly undercut our larger China strategy and our ability to portray China as the world's biggest violator of the rules.

Underlying these short-term considerations are the systemic implications. The United States designed the current system beginning at Bretton Woods and has supported it ever since. If we undermine it, we give others an excuse to do the same, and we revert to the law of the jungle, which we saw most recently in the 1920s and 1930s. The president may think that would give him more leverage, but as he should be learning from China, the European Union, and Japan, leveraging sovereign countries is a lot harder than leveraging other real estate developers. 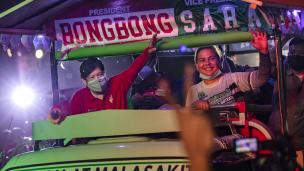 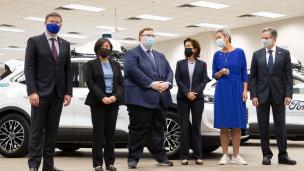 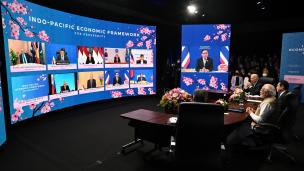