Three things happened last weekend that deserve brief comment. First, the Group of 20 (G20) was able to produce a joint communique. Small cheese you might say, but it's better than either the Asia-Pacific Economic Cooperation (APEC), or the Group of 7 (G7) could do and therefore no minor accomplishment despite its anodyne content. What was there and what was missing were both significant. The "there" included the first-ever reference to the necessary reform of the World Trade Organization (WTO) and an acknowledgment that the institution was not fully doing its duty, along with a clear reference to the importance of acting on climate change, although that was tarnished by the explicit U.S. dissent in the next paragraph. The "missing" included the previously non-controversial statement about opposing protectionism. This leads to three conclusions:

Second, again illustrating the low bar, presidents Trump and Xi got through dinner without disaster, largely by kicking the can for another 90 days. No surprise—this was widely predicted, including by me—but it does illustrate once again our president's ability to get played. As with Japan and the European Union, what did we give up? More tariffs, this time for 90 days. What did we get? More promises to talk and buy. None of these cases has fully played out yet, but so far, it's hard to see how Trump got the better of his counterparts. Of course, retailers, farmers, and businesses breathed a sigh of relief, as they should, because the tariffs are hurting all of them, but the reprieve may only be temporary. Unlike Japan and the European Union, where agreement seems eminently attainable, China remains the same conundrum it has been from the beginning. They cannot meet our demands without weakening the Communist Party's control, which is the last thing they will agree to. So, we are exactly where we have been for more than a year—having to moderate our demands and agree to a market access package along with technology policy changes that are cosmetic at best or take more punitive action in a vain effort to leverage China further. Instead, we should be using this time to make our companies more competitive in third countries where the real battleground is.

The third event was the president's announcement as he left Argentina that he intends to formally withdraw from the North American Free Trade Agreement (NAFTA). This too has been widely expected, though perhaps not quite so soon after the United States-Mexico-Canada Agreement (USMCA) signing. While there is a certain logic to this move—after all, if USMCA is approved, NAFTA would no longer be relevant—it creates dilemmas for Congress. Clearly, withdrawing from NAFTA is an effort to jam them by giving them a binary choice—new NAFTA (USMCA) or no NAFTA. The latter is everybody's worst outcome, and neither party will want to be blamed for that. Members of Congress will blame the president for putting them in that political position, and the remaining institutionalists in Congress, if there are any, will also blame him for undermining Congress' authority over trade policy. They might even sue him. The ambiguity of the law certainly opens the door to that. The NAFTA agreement says a party may withdraw, but the parties are Canada, Mexico, and the United States. Neither the agreement nor relevant law is clear on who in the United States, the president or the Congress, can take that action. For a variety of reasons, I think the president would prevail, but that's a subject for another column.

At the same time, withdrawal puts Democrats in an awkward position. They are doubtless unhappy about the president's action, but many of them are going to be reluctant to take a position that looks like they are supporting NAFTA, an agreement many of them have been complaining about for more than 20 years. They will certainly begin by opposing the new agreement, demanding changes in it, and also holding it for ransom for some yet-to-be-decided unrelated price. That does not mean it is doomed. Hostage taking is a common tactic when the opposition party controls all or part of Congress. There will be a lot of drama, however, before I expect the agreement to be ultimately approved. There is much more drama to come with China as well, and both issues will come to a head next spring or summer, at which point we will fondly remember the drama-free G20 meeting as the exception to the normal Trump wild ride. Fasten your seat belts once again! 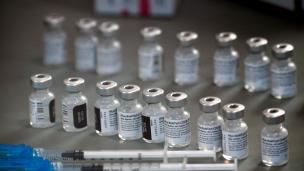 The Plot Thickens
By William Alan Reinsch
May 10, 2021
Commentary 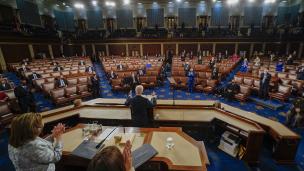 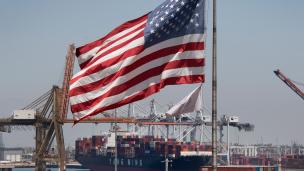 Small Ball
By William Alan Reinsch
April 26, 2021
In the News

Hydrogen: The Key to Decarbonizing the Global Shipping Industry?
By William Alan Reinsch
April 13, 2021
View all content by this expert