On June 24, the Japanese government issued a new “Japan Revitalization Strategy,” a blueprint of proposed structural reforms designed to boost the long-term growth potential of the world’s third-largest economy. This is the Abe administration’s second attempt to launch the “third arrow” of its comprehensive economic reform plan known as Abenomics (the first two arrows being monetary easing and fiscal stimulus) and builds on an initial growth strategy released one year ago.  The markets expressed disappointment with the June 2013 package, but the reaction to this new version thus far has been generally positive with the Nikkei 225 index continuing to hover around a five-month high. Attention will now focus on how thoroughly the package of reforms is implemented.

Q1: What is in the revised growth strategy?

A1: The revised growth strategy is designed to help Japan achieve a “decade of revitalization” from 2013-2022 and targets 2 percent real annual GDP growth and 1 percent annual inflation during that period. The new package broadly builds upon the three reform buckets – improving private sector competitiveness, reforming the labor market, and promoting new industries – initially put forward in last year’s growth strategy. Key themes include measures to gradually reduce the corporate tax rate and improve corporate governance, support more meaningful participation by women and foreigners in the workforce, boost agriculture sector competitiveness, expand deregulation in six “strategic special zones,” and reform Japan’s healthcare system. In addition, the plan promises to revise investment guidelines for the Government Pension Investment Fund (GPIF), with the intent of encouraging managers to shift a greater share of the fund’s $1.29 trillion in assets out of Japanese government bonds and into equities. At the same time, the revised package remains relatively light on details, with the development of specific measures delegated to relevant ministries or placed under the auspices of various high-level coordinating councils. One area that receives relatively little attention in the new package is the Trans-Pacific Partnership, which many observers consider central to advancing comprehensive structural reform in Japan, particularly in the agriculture sector.

Q2: Why is the growth strategy important?

A2: The first two arrows of Abenomics have succeeded in creating a broadly positive macroeconomic story in the short term. The Japanese economy grew at an annualized rate of 6.7 percent during the first quarter of 2014, and, despite a possible contraction during the second quarter due to a consumption tax hike in April, is expected to rebound in the latter half of the year. But momentum from the first two arrows could be fading: the International Monetary Fund (IMF) expects the growth rate to fall to 1 percent in 2015. Japan also confronts significant long-term challenges, among them a low fertility rate and a rapidly aging population, which according to one estimate could cause a nearly 40 percent decline in the size of the working-age population by mid-century. A failure to address these and other issues could yield a prolonged period of slow – or even negative – economic growth. Comprehensive structural reform is therefore essential to sustaining Japan’s long-term growth potential.

Estimates from the IMF and others have suggested that a package of targeted structural reforms could raise Japan’s potential annual growth rate to nearly 2 percent, double where it stands currently. These reforms would ideally include measures to boost productivity and innovation through deregulation and the development of more efficient capital markets; encourage more meaningful participation by women, foreigners, and the elderly in the workforce; and fix structural flaws in Japan’s labor markets, such as unequal protections for part-time and full-time workers that have created large gaps in worker pay and training opportunities – even for those performing virtually identical tasks. Reforms to close the gap between male and female labor force participation rates alone could boost Japan’s total GDP by nearly 13 percent, according to one estimate from Goldman Sachs. The IMF’s more modest estimate of the potential gains from “womenomics,” roughly 8 percent, is similarly substantial, and would amount to a nearly $400 billion dollar increase in GDP at current exchange rates.  The latest reform package references many of these issues, but leaves most of the detailed policy prescriptions to be developed over time.

Q3: How has the growth strategy been received so far?

A3: Whereas the growth strategy released last year caught markets by surprise and disappointed with a lack of focus, the Japanese government telegraphed most of the measures in the current package in advance, and it has been relatively well-received so far. But this version also lacks details in many areas and reflects ongoing political debates surrounding various aspects of the strategy. In one prominent example, the government has put forward a proposal to lower the corporate tax rate below 30 percent over the next few years, but did not offer specifics as policymakers weigh the potential benefits of stimulus against the likely near-term revenue loss.  Overall, the package has significant potential if properly implemented, though reaping the maximum benefit will require intensive follow-through and determination by the Abe administration.

Q4: What are the prospects for comprehensive structural reform in Japan?

A4: Over the past 30 years, Japan has repeatedly introduced efforts at structural reform, but generally struggled to implement changes vital to boosting its long-term growth trajectory. This trend has invited skepticism towards the third arrow; however, the context for reform this time is arguably more favorable. The three arrows of Abenomics together represent the most comprehensive economic reform plan assembled since Japan’s financial bubble burst in 1989, and Prime Minister Abe – who is seen as politically secure until at least 2016 – has declared his commitment to this agenda, repeatedly promising in speeches at home and abroad that “no vested interests will remain immune from my drill.”  Some of those vested interests are resisting, and the dearth of detailed policy prescriptions in this second reform package is an important reminder that the politics of economic reform remain challenging. Nonetheless, Abe clearly has the drill in hand and a full package of tools at his disposal to revive the Japanese economy. The question is when and how forcefully he will use them to pursue needed structural reforms.

Nicholas Szechenyi is deputy director of the Japan Chair at the Center for Strategic and International Studies (CSIS) in Washington D.C. David Parker is a research associate in the Simon Chair in Political Economy at CSIS.

The Return of the Quad: Will Russia and China Form Their Own Bloc?
By Heather A. Conley, Michael J. Green, Cyrus Newlin, Nicholas Szechenyi
April 6, 2021
Commentary 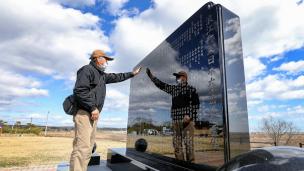 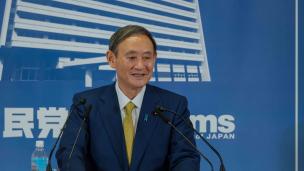