Southeast Asia will be one of the world’s most vulnerable regions to climate change unless countries make dramatic cuts in greenhouse gas pollution. According to a 2018 report from the Intergovernmental Panel on Climate Change, a global warming increase of 1.5 degrees Celsius (2.4 degrees Fahrenheit) will cause rising seas, dangerous flooding, and changing rain patterns leading to violent typhoons and drought. Global warming poses a threat to food security, hobbles economic growth, prompts political instability, and catalyzes pandemics. In extreme cases, it can create an environment conducive to terrorist activities.

The 10 countries of Southeast Asia are critical to U.S. national security and economic wellbeing. The region has a population of 676 million, an economy topping $3 trillion, and the United States is its fourth-largest trading partner. Unless climate change is checked, the Asian Development Bank estimates the region’s economy could shrink by 11 percent by the end of the century due to the toll on agriculture, fisheries, and tourism. The United States and China are actively vying for the hearts and minds of this dynamic region. Mitigating the effects of climate change is key to the United States’ goal to secure a free, open, and prosperous Indo-Pacific.

Health security is another critical issue for the United States. Southeast Asia, a frequent origin of infectious diseases, will experience substantial outbreaks as the environmental impact of natural disasters is exacerbated by climate change. A key priority of the United States Agency for International Development’s work in the Indo-Pacific is to protect the natural environments that reduce the risk of disease outbreaks in the region.

Four countries through which the Mekong River flows confront a shared set of climate difficulties. The 2,700-mile river begins in China before eventually spilling into Myanmar, Laos, Thailand, Cambodia, and Vietnam. Over 60 million people in the lower Mekong make their living from its water and fish and its silt and nutrients for farming. In recent years, China has completed 11 dams on its portion of the river and several more in Laos and Cambodia, which hold back giant quantities of water, block fish migration, and retain the silt needed to prevent saltwater infiltration from the South China Sea into Vietnam’s fertile Mekong Delta. Due to the impact of climate change in the lower Mekong countries in 2019, the region faced its worst drought in 100 years, while China’s dams deprived the downstream nations of water.

Southeast Asia’s massive coastal populations in archipelagic countries like the Philippines and Indonesia are at immediate risk from sea level rises and extreme weather events, particularly those working in agriculture and fishing. Sea level rises threaten to inundate large swaths of the region’s coast and are expected to displace millions of people. Even if the world manages to keep average global temperature rises to 1.5 degrees, sea level rises will still inundate huge swaths of farmland and submerge densely populated cities, forcing millions to flee their homes.

The Philippines lies in the planet’s most cyclone-prone region, with an increasing number of deadly storms making landfall each year. Much of the coral around the Philippine islands will die due to rising temperatures and acidification, threatening to cut fish stocks in half in the next few decades. An expected shorter rainy season in Indonesia will have a harmful impact on agriculture, which employs about half of the country’s population. Roughly half of the capital of Jakarta is already below sea level, some areas are sinking rapidly, and increasing parts of the city will be inundated in the decades ahead. As one of the world’s largest rice exporters, Thailand’s crops and the livelihoods of nearly half its population are threatened by as little as one degree of warming. Without scientific breakthroughs, rice yields in the economies of Southeast Asia could drop as much as 50 percent by 2100.

All the countries of Southeast Asia signed the Paris Climate Agreement, but most have few strategies to prevent the most severe climate hazards. Energy demand continues to grow, and coal alone accounts for nearly 40 percent of the increased energy needs in the region. The use of coal is growing and is driven partly by its relative abundance and low cost compared to oil, gas, and renewables. Deforestation makes it difficult for countries to capture greenhouse gases before they enter the atmosphere and warm the planet. In Indonesia, home to some of the world’s largest forests, deforestation accounts for almost half of the country’s increasing emissions.

Despite the dire forecast for how climate change will hurt Southeast Asia over the next few decades, the situation is not all doom and gloom. Indonesia, Southeast Asia’s largest economy and the world’s fourth-largest carbon emitter, is making efforts to rein in deforestation and stepping up its manufacture of batteries and electric vehicles. Thailand and Vietnam are turning increasingly to renewable energy sources to reduce the Thai dependence on Mekong dams and Vietnam’s coal-fired plants.

But the plans of most countries in the region focus on climate change reduction while simultaneously promoting energy development for economic growth using coal. Because of the complex nature and extent of climate change effects in Southeast Asia, projects to adapt to and resist climate change will need to rely on global climate change funds, international lending institutions, and foreign governments.

President Joe Biden at his climate summit in April announced that he would launch an international climate finance plan to support the transition to a global economy less dependent on carbon. Biden’s effort will require that the United States recruit other world leaders, international funding agencies, and private companies to help countries in Southeast Asia cut their emissions, phase out coal power plants, replant forests and mangroves along their coasts, and install wind turbines and solar panels to power their growth.

With post-pandemic economic recovery at the top of the agenda for political leaders across Southeast Asia, the United States can deepen its relations, increase economic cooperation, and support green initiatives simultaneously. For the United States not to address the existential threats of climate change in regions like Southeast Asia could profoundly destabilize global security. If the United States helps the region limit the most damaging impact from climate change, it will reap the soft-power benefits, gain advantages from high levels of trade and investment, and promote U.S. prosperity back home. 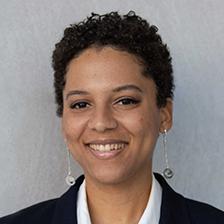 4 Things To Know After The Philippines Kept Its Pact With The United States Military
NPR | Julie McCarthy
August 6, 2021
In the News

Harris Will Be First US Vice President to Visit Hanoi
Voa News | Carla Babb
July 30, 2021
In the News