Seizing the Momentum on Afghan Peace

It has been a hectic week in the United States’ longest war. Just as things were seeming especially bleak in Afghanistan, with war crimes committed in broad daylight against new mothers and infants and Covid-19 spreading unchecked, there have been two major breakthroughs. Swift action is needed to seize the momentum.

The first breakthrough: Afghanistan’s president, Ashraf Ghani, and the opposition leader, Dr. Abdullah Abdullah, finally signed an accord resolving their nine-month dispute over who won the country’s presidential election last September. Their disagreement had led to duelling presidential inaugurations, government dysfunction, threats of violence, and the United States taking away $1 billion in assistance. Most importantly, it was blocking the creation of a negotiating team and strategy to begin peace talks with the Taliban.

Second, the Afghan government and the Taliban agreed to a three-day Eid cease-fire. Only the second full cease-fire since the Taliban insurgency began, this action will not only save lives, but signals the potential for an end to violence. The last cease-fire in 2018, also during Eid al-Fitr, showed Afghans for the first time in decades what peace could look like. It was also a revelation for Taliban foot soldiers, who had been indoctrinated to believe that Afghans in the cities were under heavy foreign occupation and not able to live as Muslims. When they emerged from the hills, they found a changed nation—more modern, more prosperous, more free, more pious—than they’d been led to believe.

Now these two breakthroughs could help build lost momentum for a peace deal. After the United States and the Taliban signed an agreement in Doha on February 29, 2020, there was an encouraging period that included a reduction in violence (meaningful, but short of a cease-fire) and start of a prisoner exchange. It also accelerated the U.S. plan to draw down its troop presence to 8,600 by this summer, and to zero by spring 2021. But the government in Kabul, which was not part of the U.S.-Taliban agreement, balked. They had not agreed to release so many Taliban prisoners (up to 5,000) so quickly, and the political crisis over the election was preventing Afghan powerbrokers from coming to terms with a way forward. The Taliban increased violence, and all appeared to be falling apart.

So what is needed now to get the next phase of intra-Afghan negotiations underway? Can they succeed, especially when President Tweet has threatened to ignore the “conditions” upon which the U.S. drawdown was meant to be based and remove all troops by the U.S. election in November?

First, get talking, now. The parties should begin a direct dialogue about what peace could look like without further preconditions. The Taliban can no longer pretend that the combined Afghan government and opposition is not their legitimate interlocutor for peace. Far from being NATO puppets, the men and women who make up Afghan High Peace Council come from a diverse array of backgrounds, regions, and ethnic and political groups, and many have served with distinction over the past two decades as public servants helping millions of Afghans attain better lives. The only path to peace is through intra-Afghan negotiations, and they should start now.

Second, the parties need to find some measures to agree on and put in place to build both trust and confidence. Prisoner releases can be a good avenue for that. Another 900 have been let go this past week. But those steps should also come with credible guarantees that these fighters will not be dumped back into the battlefield. The parties should also agree to continue the cease-fire, or at least dramatically reduce violence. The other critical need for quick cooperation is in addressing the Covid-19 pandemic. The Pentagon believes that half of Afghan security forces may be infected, and the humanitarian justification to protect civilians should transcend political excuses. There has been meaningful cooperation previously on other public health issues, like polio eradication. Indeed, the Afghanistan-Pakistan border region has the only remaining polio cases in the world this year. Why not turn the peace process into a permanent gift to all humanity and cooperate to end polio?

Third, the Afghans, with international support, have the opportunity to stage a mid-pandemic peace effort that would be a model for others and give a weary world something to cheer about. The peace process will likely unfold over months, if not years, but setting a full agenda that puts the big issues on the table has widespread support. I’ve spent the last several months with colleagues at the U.S. Institute of Peace convening virtual focus groups in Afghanistan on how to shape the future through the peace process. The most common message is that leaders across the political spectrum are ready to channel their disagreements into the political system after 40 years of war.

Fourth, the United States needs to work with a variety of partners to make the alternative to peace much more unpalatable to the Taliban. Pakistan, the primary safe haven for the Taliban, must make clear that a return to conflict for the Taliban while they wait for the U.S. withdrawal is not an option. Gulf states should similarly start to squeeze their clients on both sides. The United States, European Union, United Nations, World Bank, and others should show their cards: they will fund Afghanistan’s transition to stability, but they will not offer funding or much-craved recognition to the Taliban if they don’t make a peace deal that is just and inclusive.

Finally, the United States must paint a picture of renewed commitment to Afghanistan’s future even with most or all of its troops gone. The debate has for too long been about what Americans do not want (endless war), not what they do want. The administration should put forward a “Plan Afghanistan” that will provide the tools Afghanistan needs to become more stable and prosperous while preventing a catastrophic collapse that could lead to atrocities, a massive humanitarian crisis and flight, and the Islamic State and other terrorist organizations taking root. Peace is far cheaper than the alternatives. The United States, let alone Europe, regional actors, or even China, cannot afford the kind of chaos that would be unleashed by a total breakdown.

We may actually be in a rare moment where the right set of decisions could change the course dramatically for the better. After all the lives lost and resources invested, it would be a disaster to let the opportunity go to waste.

Alex Thier (@Thieristan) first went to Afghanistan in 1993. He is a senior adviser (non-resident) with the Project on Prosperity and Development at the Center for Strategic and International Studies in Washington, D.C. and a former senior official in the Obama administration working on Afghanistan and Pakistan. 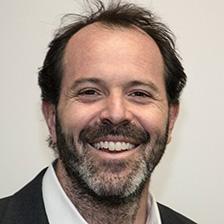 Most Recent From J. Alexander Thier 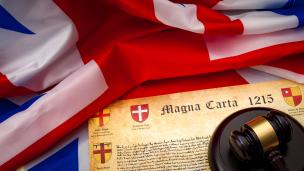 A Force For Good in the World: Placing Democratic Values at the Heart of the UK’s International Strategy
By J. Alexander Thier
July 31, 2020
Report 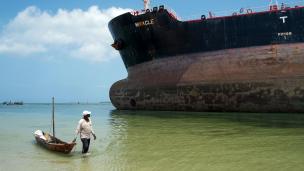 Global Development Monitor
By Conor M. Savoy, J. Alexander Thier
May 18, 2016
View all content by this expert