In a call with Congress, Ukrainian president Volodymyr Zelensky made an emotional appeal for more military aid, setting off a series of discussions about getting NATO countries in Eastern Europe to donate Soviet-era fighter jets like the MiG-29 to Ukraine. Instead of risking a wider war with Russia, the United States and its allies should build on existing weapons transfer programs and send missiles instead of planes.

First, transferring planes is different than transferring anti-tank guided missiles. The Russian ministry of defense has publicly signaled that “the basing of Ukrainian military aviation that is subsequently used against the Russian armed forces will be regarded as the involvement of those countries in the armed conflict.”

Second, Russian missiles, especially cruise missiles, appear to be more of a threat to the Ukrainian air force and civilians. The Russian air force is now either flying low to provide close air support, risking getting hit with man-portable air defense systems like stingers, or forced to fly at high altitudes, reducing its ability to accurately hit targets on the ground. During the second week of the war, Ukrainian air defenses made impressive gains against Russian jets. Why risk a broader war when NATO and European countries can reinforce success and supply additional surface-to-air missiles? Furthermore, these systems can shoot down some cruise missiles, further altering the balance of forces.

NATO members in Eastern Europe have surplus inventories of surface-to-air missiles they could transfer to Ukraine in exchange for NATO accelerating air defense modernization in these countries. Poland has a mix of legacy S-125 and S-200 Vega surface-to-air systems that can be replaced by existing modernization efforts with NATO partners like the Common Anti-air Module System (CAMMs). Romania retains a mix of S-125 and SA-8 systems that could be replaced by existing modernization efforts like the $1 billion dollar effort to field NASAMs in Hungary, a cooperative effort between Norway’s Kongsberg and U.S.-based Raytheon. Critical to the effort, Germany could invest some of the 100 billion euros it announced on supporting integrated air defenses across the eastern flank of NATO, including buying and fielding systems like the MANTIS, a counter rocket, artillery, and mortar platform.

Benjamin Jensen is a senior fellow for future war, gaming, and strategy in the International Security Program at the Center for Strategic and International Studies (CSIS) in Washington, D.C. 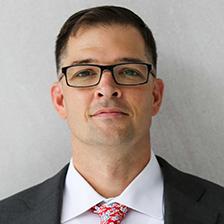 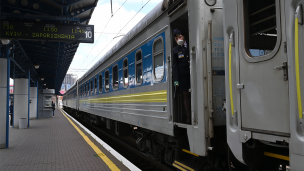 Crippling Civilian Infrastructure Has Long Been Part of Russian Generals’ Playbook – Putin is Merely Expanding That Approach
The Conversation | Benjamin Jensen
October 14, 2022
In the News 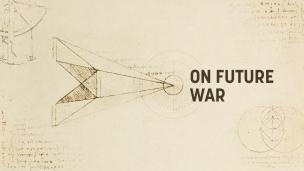 What If . . . Alternatives to a Chinese Military Invasion of Taiwan
By Benjamin Jensen, Riley McCabe
October 7, 2022
In the News

Ukraine's Rapid Advance Against Russia Shows Mastery of 3 Essential Skills for Success in Modern Warfare
The Conversation | Benjamin Jensen
September 16, 2022
In the News

Not So Fast: Insights From a 1944 War Plan Help Explain Why Invading Taiwan is a Costly Gamble
War on the Rocks | Benjamin Jensen
September 8, 2022
View all content by this expert