As Presidents Donald Trump and Moon Jae-in meet next week in Seoul, the top agenda item will be forging a path forward in diplomacy with North Korea. After the failure of the U.S.-North Korea summit in Hanoi last February, the situation has deteriorated, with North Korea's missile tests, angry criticism of Secretary of State Mike Pompeo's "gangster-like" negotiation demands, and "or-else" threats about the absence of any diplomatic progress by the end of the calendar year.

Trump has tweeted that his relationship with Kim remains good. That may be true, but the reality is that there has been no real progress on denuclearization during Trump's entire presidency despite the vague statements produced at the first summit in Singapore nearly a year ago.

North Korean diplomats have retreated into a shell after Hanoi, not answering calls from the South Koreans or the Americans to reengage. Data from the Center for Strategic and International Studies show that in periods of impasse like the current one, North Korea historically is likely to carry out a major demonstration of weapons of mass destruction by the autumn. That could take us back to the histrionics of 2017, which nearly took the peninsula to war. We need a way out of the impasse soon, and we believe that we have one.

Part of the problem stems from two lessons learned on both sides after the Hanoi summit. For Trump, the North Korean leader's request for sanctions relief as a condition for an agreement only confirmed to Trump that "maximum pressure" is working. For Kim, efforts at reconstituting some of the North's missile launch sites, as confirmed by commercial satellite imagery, before, during, and after the Hanoi summit suggest a comparable view that pressure tactics work best.

Whether or not these lessons are correct, they take each leader to the conclusion that time is on his side, which we believe is wrong. For many members of the U.S. Congress, the longer we wait to reengage, the more warheads, weapons, and fissile material the North will produce, which is detrimental to national security. And for the North, forging a deal sooner is vital given the combination of large-scale food shortages this year and the leader's purported priority on economic growth laid out in his new year's directive in January.

We understand that a Libya-type deal, in which Pyongyang unilaterally crates up its weapons programs for export to U.S. national labs before a single sanction is lifted, is great for talking-point diplomacy but not a realistic negotiating position given the size of North Korea's nuclear and missile program today.

But we also believe that an "everything-for-everything" verbal commitment of all the weapons for all of the sanctions is meaningless without some tangible and verifiable first steps by all sides. So, we propose embedding a small deal within a big deal.
First, as the U.S. president sought in Hanoi, the two sides should agree in principle, and on paper, to the end state of negotiations -- the U.S. lifting all sanctions against North Korea in return for North Korea giving up all its nuclear weapons and delivery systems.

Second, this "big deal" should be augmented by a first tangible step such as the verifiable dismantling of Yongbyon (as the North Korean leader proposed at Hanoi) and a major uranium enrichment site in return for the partial suspension of sanctions.
We are well aware that the 2016-2017 UN sanctions on sectoral trade that the North wants lifted are responsible for financing North Korea's weapons programs; thus, a third element of our proposal would be to make sanctions relief conditional. If North Korea does not dismantle its facilities, the sanctions would simply snap back. However, if Pyongyang does more than its initial offer, such as verifiably committing to a fissile material production ban, or to human rights concessions, then the scope of sanctions suspension could be broadened.

Given the basis on which the Hanoi summit fell apart, we believe that these elements would constitute the foundation of a return to dialogue. However, there are many additional details to be worked out and that is why any deal needs to be concretized by working-level negotiators on both sides. Contrary to the two leaders' instincts to negotiate for themselves, the two prior summits show that they cannot do this on their own. A third summit without an agreement would spell disaster for diplomacy. So both sides need to empower their negotiators and commit to a meeting only after the details have been agreed in advance.

Some may say diplomacy is hopeless because North Korea will never give up its nuclear weapons. But as one of us can attest, North Korea is the land of lousy options. We could pursue a sanctions-only policy in hopes of bringing the regime to its knees, but until this happens -- it has not happened for the past 70 years -- we are risking a burgeoning weapons program, more missile and nuclear tests, and possibly war.

Diplomacy, backed by sanctions, may seem unappetizing, but it will help to stabilize the situation, which will garner support from our allies. Moreover, even avowed hawks should like the strategy as it will put the burden of proof on North Korea to demonstrate a changed strategic direction, the failure of which would validate pursuing more pressure. And it would demonstrate U.S. leadership on a core problem in Asia that China, a peer competitor, has done virtually nothing about.

Victor Cha is a professor at Georgetown University and Korea Chair at CSIS in Washington, D.C. Rep. Ami Bera is a member of the U.S. House of Representatives, where he serves on the House Foreign Affairs Committee and is co-chair of the Congressional Caucus on Korea.
Written By 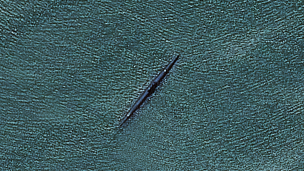 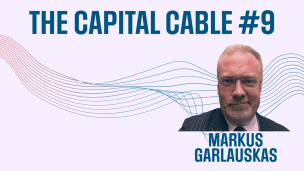