Smoke Signals or Puff of Smoke?

At this time of year, Australians expect three things to appear on the evening news: the cricket, shark attacks, and bushfires. For many who have grown up with these events as a yearly ritual, it is hard to appreciate why the current bushfires might be any different, or how climate change has anything to do with a seasonal pattern that has been part of life for people on the continent for over 60,000 years.

What’s more, Australia’s politics has become so bitterly divided over the climate change issue. With entrenched ideological camps preaching to their respective choirs, changing tune now is a matter of pride as much as it is of pragmatism. Tipping the scales of public opinion toward the rapid decarbonization necessary to avoid exponentially worse crises to come will take more than photos of burned marsupials and orange skies, but a fundamental shift in how we think and talk about the climate crisis itself.

There is, quite simply, no doubt that climate change has greatly contributed to this unfolding disaster. In 2008, the Australian government itself commissioned a report on climate change, which noted how “fire seasons will start earlier, end later and be more intense. This effect increases over time but should be directly observable by 2020.” The rare occasion in which a government report was too accurate.

While public opinion polling in Australia shows concern over climate change rising rapidly, a trend that emerged well before these latest bushfires, there are many reasons to be cautious in interpreting these figures. We’ve seen shifts in public opinion before when climate concern peaked in 2007 following a historic drought before petering off as memories faded. Australia also had an election in May, resulting in voters firmly rejecting the opposition party, which ran on a fairly strong climate platform. Australians’ views on climate change, as in the United States, are heavily influenced by political party and ideology, as well as the significant role the fossil fuel industry plays in its elections. Finally, Australian public opinion on climate seems to run in direct contrast to the country’s climate policy ambitions such that when policies are enacted, support for them falls.

This fits in with what some have called the “Golden Rule” of climate policy: people are happy to support more action so long as it doesn’t cost them anything.

Whether the Australian public and its politicians can overcome these constraints and turn the corner on climate policy will depend on the ability of rising academic and activist voices to overcome the same tired arguments that led us here. The immediate focus should, of course, be on helping affected communities and better preparing them for more frequent and intense bushfires in the future. But every half a degree of warming matters, and these fires are a display of the urgency with which we need to engage in carbon mitigation and deep decarbonization.

For this to take place, we need to rewrite the playbook.

First, Australians in particular, but voters more generally, have to be convinced that acting on climate change does not require sacrificing the economic growth or lifestyles to which they’ve become accustomed—or at least, not as much as will be lost to runaway climate change. The zero-sum arguments of climate oppositionists often assume future growth takes place in a world that looks much like it does today, rather than one with growing climate constraints and crises. Multiple studies show how rising average temperatures will erode economic growth, especially in hot countries like Australia, and that there is a non-trivial chance the outcomes are truly catastrophic.

The alternative is to support a policy mix that promotes growth, leans into new economic opportunities, and prepares for the climate costs yet to come. This approach not only has a better track record of reducing emissions than carbon pricing schemes, and is well grounded in the political science literature of coalition building and policy sequencing, but can offer significant economic opportunities in high growth, high-paying industries.

Targeted industrial policies are also by far and away Australia’s most successful decarbonization efforts to date and represent its greatest economic opportunities going forward. Thanks to relatively ambitious renewable energy targets and generous subsidies, Australia has the highest rate of renewable electricity installation on a per capita basis in the world, and is on track to exceed its original target of 41,000 gigawatt hours (GWh) per year by the end of 2020. As Australian climate tsar, Ross Garnaut, argued in his 2019 book, Superpower, with further investment in renewable energy and green industry, “Australia has the potential to be an economic superpower of the future post-carbon world.”

Second, the climate issue itself needs to be reframed. Climate change is not a niche environmental problem to be fixed through market tinkering and pollution regulations; rather, it concerns the very foundation of our economic growth and prosperity—energy. As such, addressing the issue will require us to reinvent the industrial basis of our civilization through mass mobilization and technological innovation. Greta Thunberg’s repeated plea to “listen to the scientists” speaks not only to the overwhelming proof that climate change is real but also to how the science backs up this need for a radical shift in our very conception of the problem.

As the Intergovernmental Panel on Climate Change’s (IPCC) special report on global warming of 1.5C notes: “These systems transitions are unprecedented in terms of scale, but not necessarily in terms of speed.”

That is, it is no longer sufficient to treat climate change as another environmental issue to be solved with market-based mechanisms and international targets. Instead, climate policies need to reshape market and socioeconomic systems across the range of carbon-emitting industries and technologies through a diverse mix of innovative policies that promote a more prosperous and sustainable future. We need to mobilize for a “climate moonshot,” using every tool at our disposal to achieve the seemingly unachievable.

Australia has long reflected the world’s uneven progress on climate change. It has played both a positive role on the global stage and, more recently, undermined international efforts. It illustrates the power of incumbent industries, especially fossil fuel exporters, to influence political outcomes. It has shown the vast potential in renewable energy and targeted climate policies. It has offered a warning for relying on a carbon tax as the “silver bullet” of climate policy. Now, it is conveying the destructive potential of climate-induced disasters to human life and liberty. The Australian government should display leadership on the international stage, take advantage of new sources of green economic growth, and commit to a deep decarbonization agenda. The Australian public should hold them accountable to these goals. The world is watching.

Lachlan Carey is an associate fellow with the Energy and National Security Program at the Center for Strategic and International Studies (CSIS) in Washington, D.C. 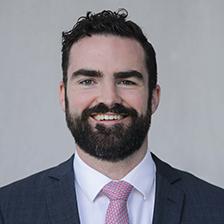 Most Recent From Lachlan Carey

A global jobs plan — not another global target
The Hill | Lachlan Carey, Justin Locke, Uday Varadarajan
April 21, 2021
In the News 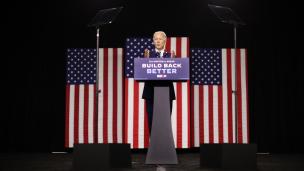 How the Defense Department Can Move From Abstraction to Action on Climate Change
War on the Rocks | Samuel Brannen, Sarah Ladislaw, Lachlan Carey
March 26, 2021
Report