Sri Lanka has collapsed economically and politically, and everyone should be worried about its future. There is no short-term solution that promises the nation’s people significant relief and no guarantees that the country will continue to rally together rather than descend into violence. The international community needs to work together to help Sri Lanka through an extended recovery period and give its citizens some confidence that a decent life will eventually return. It will be a test case as other countries face similar problems in the years ahead.

The country’s economic collapse is well-documented. Extreme mismanagement and corruption have drained the country’s reserves and ballooned its debt. This, combined with global inflation, food shortages, the onset of Covid-19, and the consequent collapse of the tourism industry, was a perfect storm that left Sri Lankan officials begging for lines of credit and emergency supplies of fuel, food, and fertilizer from its friends, especially India. A bloated civil service and military have exacerbated Sri Lanka’s plight. A country that had been doing well economically in recent years finds itself the international model of a bankrupt state.

Politically, the picture is no better. The Rajapakse family and its allies, which have dominated politics and the government for most of the previous 16 years, are thoroughly discredited. Some have fled the country; others are in hiding. But there is no one in the splintered opposition that promises the tough leadership that will be required in the years ahead.  The crowds of demonstrators that have brought down the government are fed up with the whole political class. Their mood in recent days has been celebratory and even joyous but that will not continue in the absence of food and fuel and even medicine in the hospitals.

Sri Lanka has a long and sad history of violent rebellions—from radical Sinhalese youth who tore the country apart in 1971 and again in the late 1980s, to the Tamil Tigers from 1983–2009.  There are simmering resentments and a young population inured to violence.  There is a military still manned to fight a war and a constabulary with a reputation for politically motivated killings.  This is a recipe for potential disaster when and if the mostly peaceful demonstrations turn violent.

What can the United States and the international community do to help Sri Lanka avoid a worst-case scenario of political chaos and internecine violence?


None of this assures a good outcome in the near term. Sri Lanka faces the prospects of years of privation and scarcity. But it has strengths as well—an educated workforce, a social safety net, and a long history of democratic governance. The international community needs to help Sri Lanka build on those strengths and try to prevent another descent into self-destructive violence that would threaten the country’s future for the long term.

Donald Camp is an adjunct fellow (non-resident) with the Wadhwani Chair in U.S.-India Policy Studies at the Center for Strategic and International Studies in Washington, D.C. 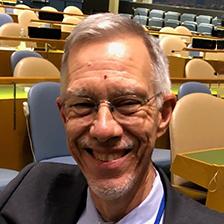 Most Recent From Donald Camp 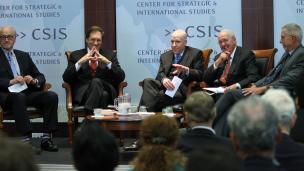