The State of the Afghan War

The recent high-profile bombings in Afghanistan have reignited a debate about the state of the war. In its recently released quarterly report to the U.S. Congress, the special inspector general for Afghanistan reconstruction (SIGAR) publicly complained that the Department of Defense (DOD) was not being fully transparent: “SIGAR was informed that DOD has determined that although the most recent numbers are unclassified, they are not releasable to the public.”

The report continued that “this development was troubling” and pleaded for more information like government control of territory and attrition rates for Afghan forces. The U.S. military quickly responded by releasing additional data. “It was not the intent…to withhold or classify information which was available in prior reports,” Navy Captain Thomas Gresback, a spokesman for the U.S. military in Afghanistan, said in a statement. “A human error in labeling occurred.”

While it is important to be transparent about data, lost in this debate are several critical questions. How is the war going? And what metrics are important to gauge the state of the war? Thankfully, there is more than sufficient publicly available information to answer these questions for a war that has witnessed several recent grisly attacks—and which has evolved into a draw between the government and Taliban.

On January 20, armed gunmen attacked the Intercontinental Hotel in Kabul, where I have stayed, killing at least 22 people. A few days later, the Islamic State’s local branch claimed responsibility for attacking an office of Save the Children in the eastern city of Jalalabad, killing at least four and wounding dozens more. On January 28, an ambulance packed with explosives detonated on a crowded street in Kabul, killing a staggering 103 people.

While these attacks are terribly callous in targeting aid agencies and innocent civilians, it would be a mistake to conclude that the Taliban’s strength is growing because of these atrocities. On January 30, for example, USA Today ran a front-page story with the headline, “Afghan militants show brutal resilience.” The Atlantic ran a story with the sensational headline, “Can the Taliban Be Stopped?”

Groups like the Taliban and the Islamic State have generally orchestrated attacks in cities like Kabul for their psychological effect. These attacks, which are meant to grab local and international media attention, are often intended to cast doubt on the Afghan government’s ability to protect its population and to create an impression that insurgents are resilient—if not omnipresent. But they aren’t helpful indicators of how the war is going.

Insurgencies like the one in Afghanistan are primarily political. Taliban leaders aim to overthrow the Afghan government and replace it with one that enforces an extreme version of Deobandism, an Islamic school of thought that began around 1867 in Deoband, India. The Taliban has also promised to rid the country of foreign “occupiers” like the United States. To achieve these objectives, the Taliban need to mobilize local Afghans against their government. As the Chinese leader and insurgent philosopher Mao Zedong explained, “Without a political goal, guerrilla warfare must fail, as it must if its political objectives do not coincide with the aspirations of the people.” The population is a critical center of gravity.

Based on the Taliban and the Afghan government’s need to mobilize the local population and govern territory, there are several sets of indicators worth tracking.

The first are changes over time in population control, since that is a major goal of the Taliban and the Afghan government. Data on territorial control is less helpful, since it can’t distinguish between unpopulated mountain ranges or deserts and heavily-populated urban areas. According to some U.S. Department of Defense data, there has been a slight increase in insurgent control or influence of Afghanistan’s population—from 9 percent in August 2016 to roughly 10–12 percent in October 2017. There has also been a decrease in Afghan government control—from 69 percent in August 2016 to between 60 and 64 percent in October 2017. This leaves roughly a quarter of the Afghan population living in contested areas where neither side has significant control or influence.

Yet the data also show that the Taliban’s gains have been almost entirely in rural areas of the country, where it enjoys some support among conservative Afghans that have become disillusioned with the Afghan government and who support the Taliban’s religious zealotry. The Taliban controls no major urban areas. While the Islamic State swept through Iraq in 2014, seizing key cities like Mosul, Fallujah, and Ramadi, the Taliban has done nothing of the sort in Afghanistan.

After briefly seizing the northern city of Kunduz in September 2015, the Taliban quickly lost control of it within days. In 2017, the Taliban failed to mount a sustained threat against any provincial capital and instead engaged in high-profile attacks in Kabul and other populated areas. Even in Helmand Province, where the Taliban have made advances in rural areas, local commanders have repeatedly failed to seize and hold such cities as Lashkar Gah and Gereshk.

A second set of indicators includes analyzing changes over time in local support, since both the government and Taliban need to hold and expand territorial control. The Taliban’s ideology may be amenable to some Afghans, such as those living in conservative rural pockets of the south and east. But it is too extreme for many Afghans who adhere to a much less conservative form of Islam that permits most modern technology, sports, elections, and some women’s rights. The Taliban and its ideology are deeply unpopular, even compared to the current government and it security forces. A nationwide poll in 2015, for example, found that 92 percent of Afghans supported the Kabul government and only 4 percent favored the Taliban.

While the Taliban may be unpopular in many areas, several indicators suggest that Afghans are deeply unhappy with their government. Nearly two-thirds of Afghans say the country is moving in the wrong direction, compared to only one-third who believe it is moving in the right direction, according to a recent Asia Foundation poll. Afghans also believe their government is corrupt, a finding that is consistent with the assessments of international organizations. Afghanistan ranks 169 out of 176 countries on Transparency International’s Corruption Perceptions Index, and over three-quarters of Afghans say that corruption is a serious problem in the country.

These findings—along with its sanctuary in neighboring Pakistan—help explain why the Taliban has remained a viable insurgent group for over a decade and a half. Its leaders have an organizational structure in which the top levels provide strategic guidance and oversight, with operational and tactical decentralization for military and political officials in the field. The Taliban has managed to retain some cohesion, despite the loss of two emirs, or leaders, in the past few years—including Taliban founder Mullah Muhammad Omar. Finally, the Taliban has diversified its revenue streams, which include donations from state and nonstate supporters, profits from the drug trade, taxes on local populations, and involvement in commercial businesses like the timber and gem trades.

These indicators suggest that the war is most likely a draw. The Taliban has slightly increased its control of populated areas, but it lacks a strong popular support base. The Afghan government has lost some rural areas, and Afghans harbor numerous grievances against their government. But most of the population would rather live under the government of Ashraf Ghani than under Taliban leader Haibatullah Akhunzada.

These findings may not be as dire as some media accounts suggest, nor as rosy as some government press briefings highlight. The finger pointing about transparency shouldn’t hide the fact that there is already a lot of information to assess the state of the war. The bigger challenge is understanding which indicators are most important to objectively collect, analyze, and—yes—even debate.

Seth G. Jones is the Harold Brown Chair and director of the Transnational Threats Project at the Center for Strategic and International Studies in Washington, D.C., and author, most recently, of Waging Insurgent Warfare: Lessons from the Vietcong to the Islamic State (Oxford University Press, 2016). 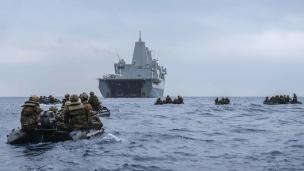 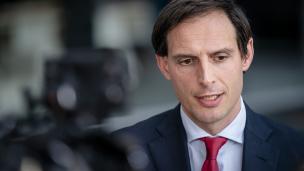 What It Will Take for Ukraine to Win the War
Time | Seth G. Jones
March 30, 2022
View all content by this expert