Syrian Refugees in Turkey: Beyond Burden

Dilapidated refugee camps, destroyed cities, and over-crowded inflatable boats battling the Mediterranean; these are the images that dominate coverage of displaced Syrians. After seven years of war and destruction that has caused Syria to become the largest origin of forced migrants in the world, these images of protracted dependence are sadly accurate. At the same time, they are only part of the story. Turkey, where the greatest number of displaced Syrians currently reside, has done surprisingly well creating a socially and economically cohesive society. As conversations in Turkey start to shift from short-term humanitarian support to long-term harmonization efforts, thousands of Syrian-owned businesses have already infused hundreds of millions of dollars into the Turkish economy and created tens of thousands of jobs for Syrians and Turks alike; and there’s much more from where that came.

Syrians in Turkey are showing that they are so much more than a burden or security risk. They are consumers, producers, investors, and people who want to get back to contributing the global marketplace. Global policy now needs to follow suit recognizing the Syrian potential.

Of the surrounding countries accepting Syrian refugees—primarily Lebanon, Jordan, Iraq, and Turkey—Turkey has accepted by far the most. 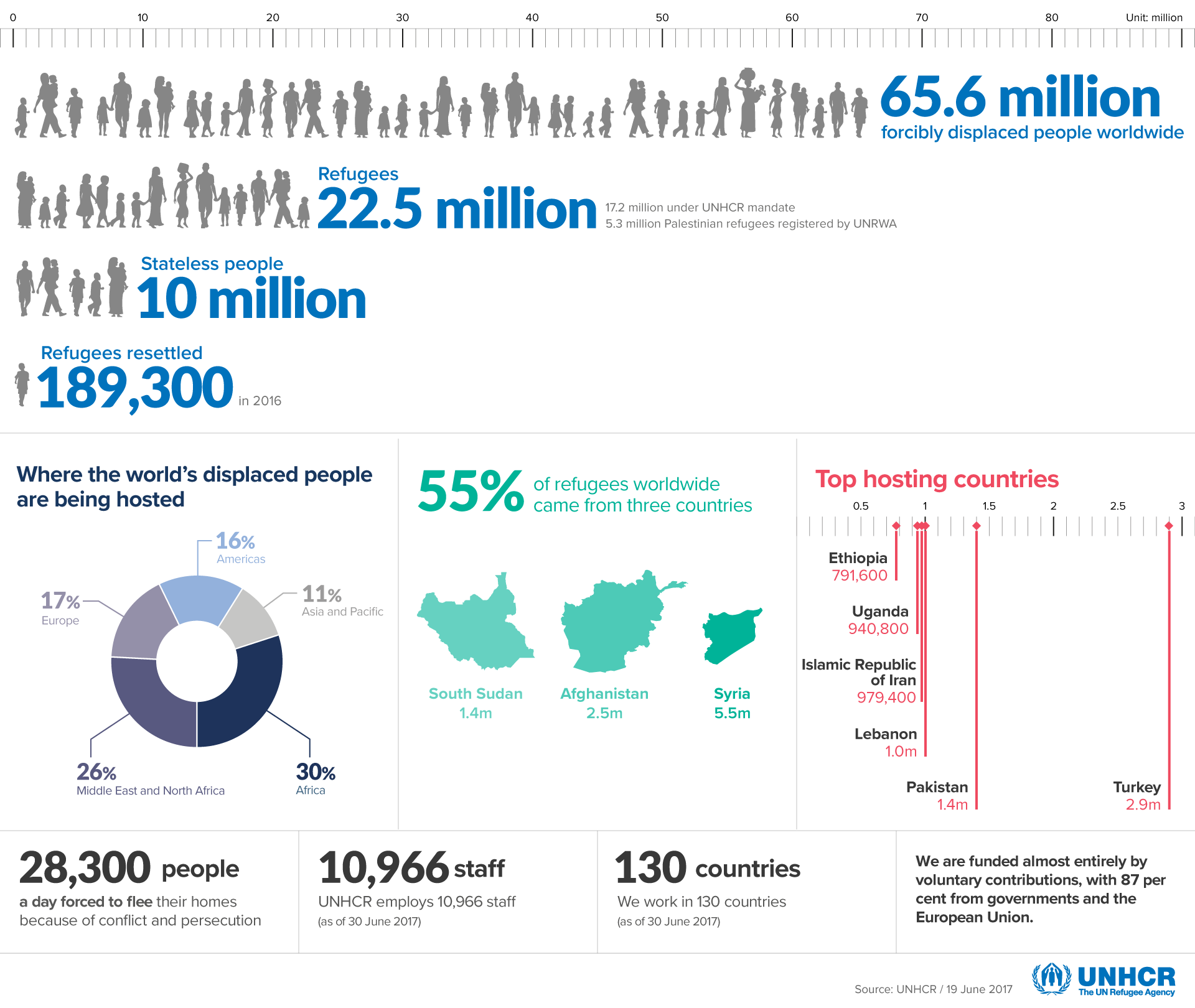 Around 3 million Syrians are currently spread out across Turkey registered under a temporary protection or “guest” status. They receive public services, discounted health care, and work permits and jobs. They shop in the same neighborhoods as Turks. They send their kids to the same schools. They have a shared stake in the future of their newly diversified communities.

Despite the Arabic-to-Turkish language barrier and periodic social cohesion issues—to be expected when some Turkish towns, like the border town Kilis, more than doubled in population virtually overnight—Turkey was the destination of choice before it practically shut down the border in March 2015. Opting to work toward “safe zones” along the border inside Syria, Turkey still accepts small amounts of (mostly wounded) refugees but is focused militarily on securing the border and domestically on managing the 3 million plus Syrians already inside Turkey.

Turkish officials—from border town mayors to senior officials in the president’s office—are remarkably unified in their approach to this challenge. Their refusal to view forcibly displaced Syrians as refugees “forced on them” seems to have more to do with treating Syrians as “neighbors” and “brothers and sisters” than a reflection of its legal interpretation of its obligations (or, as the case may be, lack thereof) as a signatory to the 1951 Geneva Convention. The Turkish interior minister even attracted the ire of many this summer by defending Syrians against a media portraying rising crime rates in their community when, in fact, the opposite is true.

Claiming that a common religion, a sense of almost familial duty, and, in border areas at least, a common ancestry makes for excellent talking points on why Turkey has provided so much support to displaced Syrians. However, by most measures available for regional comparison, and thanks in large part to the government’s response, these are truly more than just words.

The Turkish government’s Disaster and Emergency Management Authority (AFAD) coordinates the emergency response and administers the 21 temporary housing facilities, many of which are being converted from tent camps to camps with air-conditioned containers. With fairly comprehensive health, education, and other services to people in camps, they are widely seen as providing the highest quality of life for Syrian refugees in the region. However, of the 3 million Syrians in Turkey, over 90 percent are living outside the camps.

With significant political support from the ruling AK party, the broader response apparatus includes involvement of at least the Ministries of Interior, Foreign Affairs, Health, Education, Agriculture and Forestry, Transportation, Family and Social Policies, Labor, Social Security, and Finance. The Turkish Armed Forces are involved, as is the Turkish Red Crescent, which also provides cross-border support into Syria. UN agencies and local and international nongovernmental organizations support the Turkish government’s efforts, often providing social services to the displaced helping them navigate the often-cumbersome Turkish bureaucracy. That same bureaucracy—after a few post-2011 years of looking the other way and after a failed coup attempt in mid-2016—has started to scrutinize international groups more closely, causing several groups to cease operations this year.

Aside from these tensions with international groups that likely bear some responsibility for assuming the laissez faire approach to oversight would continue indefinitely, Turkey has done a remarkable job to date. Especially in comparison to other refuge providing nations in the region and beyond, Turkey has even managed to temper some of the darker instincts of human nature to blame “others” for our problems and vilify victims. However, with no end in sight to the now seven-year-old conflict in Syria and thus no target date for displaced Syrians to return home, it remains to be seen how long this détente will last. Whether many will in fact return remains an open question too; for those with jobs and children in school in Turkey and uncertain conditions upon return to Syria, it can be assumed that many will stay.

One thing that could help transition from short-term support to long-term harmonization is a shift in mindset followed by the implementation of appropriate policy toward Syrian entrepreneurs and investment. Much of the current conversation around income generation of Syrians in Turkey deals with work permits. Syrians were granted the right to work officially in early 2016; however, only 5,502 work permits were granted in the first six months, with only around 14,000 as of early 2017. Only 6,586 Syrians applied in those first six months, meaning that formalization perhaps sounds better to the authorities and international observers than it does to Syrians, many of whom are reticent to put down the roots associated with an official salaried job.

A 2014 study by the Syrian Economic Forum (SEF), a “think and do tank” based in Gaziantep, Turkey, found that 55 percent of Syrians interviewed were searching for employment and faced challenges that included “a lack of job opportunities, very low wages, lack of insurance, mistreatment by employers, partial payment of wages, dismissal from work without cause, and difficulty in communicating with employers or customers due to lack of proficiency in the Turkish language.” The Turkish government should continue to look for ways to break down these barriers and to leverage the skills, youth, and energy of potential wage earning Syrians in Turkey, whether formally or informally. Strategically, this could mean cornering the rising Syrian market for Turkish exports in the coming years. 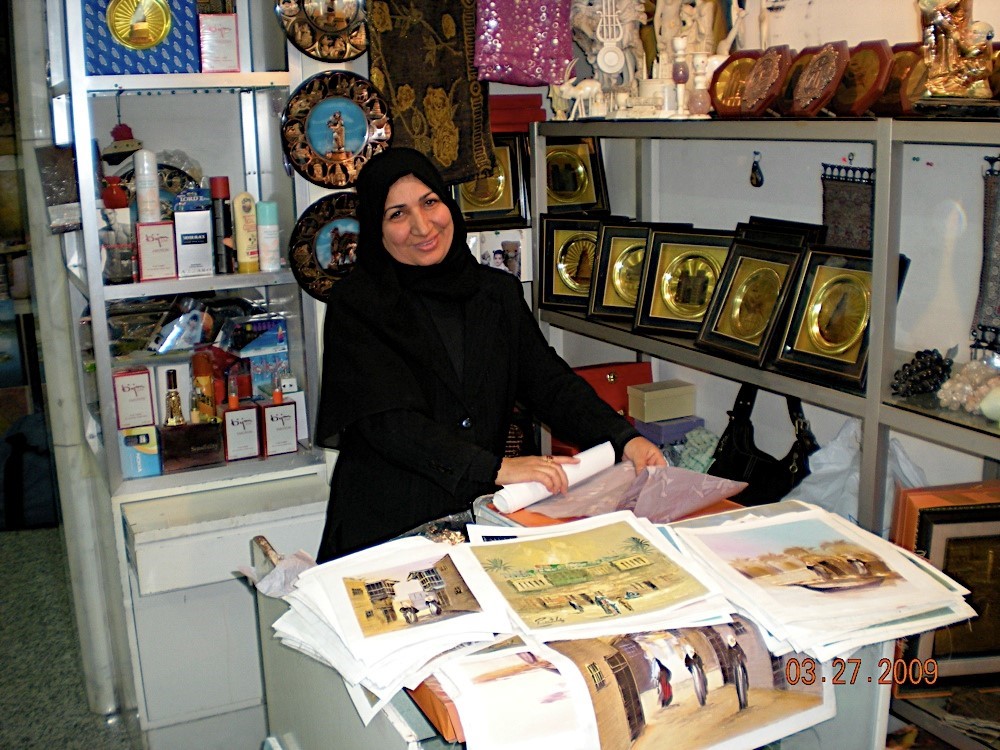 However, the key opportunity for harmonizing Syrians into Turkish society and, better still, leveraging their presence into economic growth that also benefits Turks, deals with entrepreneurship and investment. A 2017 study by SEF and Building Markets found that the total number of Syrian-owned companies in Turkey is estimated to be over 10,000, a figure that combines formal and informal businesses. On average, they employ 9.4 people (including Turks) and over half of those sampled expressed plans to hire additional employees over the coming year. Importantly, the study found that 76 percent of Syrian business owners plan to keep their businesses in Turkey even after the war ends and they expand back into Syria.

It wasn’t always that way. After war broke out in 2011, many Syrian investors and business people took their capital to Egypt, hoping to cash in on economic growth, a common business language, and a new democratically elected government led by Mohamed Morsi. However, when President Morsi was ousted in July 2013, many Syrian investors found their investments to be in jeopardy, whether by market forces or by threat of expropriation. The search for a new home began and for many, according to SEF, continues to this day.

Though an estimated $334 million has been invested by Syrians into formal Turkish businesses since 2011, complicated investment rules and language barriers continue to dissuade many Syrian investors. Though there’s not much Turkey can do about its language, a mind shift toward Syrians and corresponding policy and regulatory reform could go a long way to persuading reticent Syrian entrepreneurs and investors to invest in Turkey. Doing so might also help the many informal Syrian businesses formalize—SEF estimates that only 30 percent of Syrian businesses are registered properly—thus increasing tax revenue to the Turkish government and decreasing legal risk to the businesses themselves. Turkey should also create opportunities for private capital infusion, addressing a gap identified in the 2017 study that showed that Syrian businesses need approximately $300,000 on average to grow into their respective markets. Addressing these issues would undoubtedly attract even more Syrian capital and lead to economic growth benefiting Turks and Syrians alike.

Ultimately, Syrian refugees in Turkey “should be seen not as a burden, rather as a group that can produce significant economic growth for themselves and their host communities,” as stated by Rami Sharrack of SEF. Though displaced indefinitely, Syrians have proven to be resilient and adaptable. They consume, sell, borrow, produce, lend, and innovate against all odds. Though some will continue to need support of a more humanitarian nature, many are providing for themselves and creating jobs for fellow refugees and Turks alike.

Erol Yayboke is deputy director and fellow with the Project on Prosperity and Development at the Center for Strategic and International Studies in Washington, D.C. 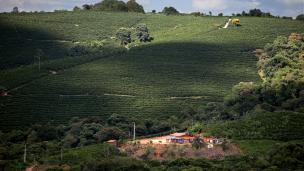 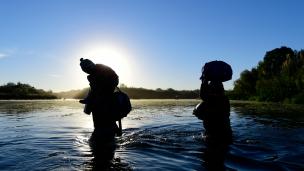 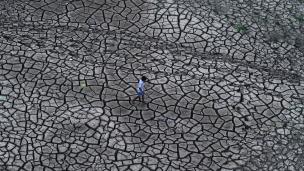 US Dismisses Taliban Claims About Chinese Investment in Afghanistan
VOA | Patsy Widakuswara
October 16, 2021
View all content by this expert