Take Me to the Cleaners: Negotiating with China

There are periods in international relations when meaningful negotiation is not possible. The 1930s with Germany and the 1950s with the Soviet Union are examples. Authoritarian regimes who believe they are in the ascendant and their opponents are weak are not predisposed to agree to self-constrain, which is the essence of agreement. We are in such a period now.

China’s Communist Party shares the authoritarian heritage of the Germans and the Soviets. Anyone who has not negotiated in an official capacity1 with China may have an overly rosy view of the possibilities of reaching agreement with them. They are shrewd, tough, sensitive to perceived slights, and when pushed sufficiently, they can be chauvinistic and in some instances ideological. From a negotiator's perspective, these are compliments.

China has some of the best diplomats in the world. Putting aside the current generation of wolf-warrior diplomats, many senior Chinese negotiators are experienced and skilled. They are sometimes known in the West as "foreign devil handlers" given that one key function is to deflect Western criticism or demands. Party officials and military officers can be less urbane and more dogmatic, and in some negotiations, there is a palpable fear of displeasing the Party and suffering the consequences hanging over the Chinese side (especially those who are more junior). This can introduce a degree of rigidity in Chinese negotiating styles that can also make reaching agreement difficult.

It was always difficult to extract concessions from China, and now it is even more so. The Chinese believe that the United States and the West are in decline and they are in the ascendant, so there is less incentive for them to agree now, since they will get a better agreement later as they wait for the United States to weaken. This creates a complex negotiating landscape. The possibilities for agreement are shaped by these Chinese expectations of changes in relative power. China's ability to advance its own interests in any negotiation, often in ways that are not obvious, should never be discounted.

Another dilemma for negotiation is the Chinese penchant for ignoring an agreement when it is no longer in their interest (and when there are no consequences for doing so). China's World Trade Organization (WTO) access has been accompanied by two decades of willfully ignoring commitments. The solemn agreement with the United Kingdom on “one country, two systems” for Hong Kong is no longer convenient and is now gone. The 2015 Agreement with the United States to end commercial espionage lasted a matter of months before economic and political necessity drove China to ignore it. Absent compulsion, the Chinese do not feel bound to observe their commitments.

These are the precedents for any agreements with China on "decoupling" or Huawei. Apologists could point out that many states act similarly when it comes to negotiation, particularly large ones, but this kind of moral equivalency of great powers is shopworn nonsense from the Cold War. Democracies and authoritarian difference have substantial differences in the treatment of their citizens. That said, China is not the Soviet Union and this is not a Cold War. China is not of the West, its leaders do not share or respect Western values, and they believe it is their historic right to dominate global affairs. This is Marx married to Chinese nationalism.

China's Leninist Party and personality cult are not attractive to most global audiences, and American decline does not automatically translate into China's rise. While China has many problems, skillfully concealed by its immense propaganda machine (and abetted by a surprising degree of gullibility in the West), they are not the sclerotic Soviets. China occupies a prominent and challenging place in international affairs, and we will need to find a modus vivendi with them while trying to recover the ground lost militarily and economically in the last two decades. This will not be easy given the disarray in the West, but there are some points to consider in moving forward.

The first is process. Most diplomats would argue that it is always better to have a negotiating process even if there is no expectation of agreement in the near term. It creates a mechanism for authoritative discussion (countless Track II dialogues with China are not a substitute). It is not clear that the Chinese are willing to begin such a process, however. When a Peoples Liberation Army (PLA) negotiator was asked recently if China would consider “mil-to-mil talks,” he replied that the PLA was not ready whether the talks were formal or informal. The current trade talks seem to be an exercise in fending off U.S. demands by making minimal concessions on peripheral issues. While the Russians are eager to engage since it reinforces their status as a great power, the Chinese are much more cautious. At times in previous negotiations, it appeared that the Chinese recognized Western impatience and would simply delay in the hopes that as an administration came to its end the American side would make more concessions. Engaging with the Chinese has value in itself but offers no near-term possibility for agreement on strategic issues.

The second is verification. Any agreement with an antagonistic opponent where verification cannot be measured in concrete terms is useless. Some analysts suggest an accord where China agreed to “review” its human right practices in exchange for concessions on decoupling might be sufficient as part of a larger deal on technology. Concrete verifiable measures, in contrast, would involve observable change and measurable commitments, such as closing the reeducation camps in Xinjiang or restoring the status quo ante in Hong Kong. China would never agree to these, but that only highlights the uselessness of any vague commitment.

The third is consequences. When China entered the WTO in 2000, it accepted a large number of commitments but honored very few. It has (until recently) never been held accountable for this. It is a mistake to go into any negotiation without first considering what will be verified and enforced, and the United States has only begun to develop consequences, such as the sanctions on Huawei, for China’s misbehavior.

A fourth is an alliance strategy. China has few friends; the United States has many allies. The Chinese in the past have been more willing to make concessions when unified demands came from Germany, the United Kingdom, the European Union, Japan, Canada, and other Western countries. While our allies are suspicious of China and considering their own measures to reduce their economic exposure, we have not cultivated the potential alliance this could afford. The Chinese fear that we will do this, which is a good indicator of its utility, and the failure to build an alliance strategy is the greatest weakness of American negotiations with China.

Any negotiation with the Chinese has to be approached with an understanding that success is a distant possibility. A good thought exercise is to ask what concessions could reasonably be demanded and obtained from Nazi Germany in the 1930s. There were none that would deflect the authoritarian regime from its intended course. Despite some similarities, China is not Nazi Germany. But authoritarian regimes that hold a grudge (and China believes it has been denied its rightful place at the center of the world stage), disrespect opponents and reject their values, are engaged in a military buildup, and believe that the international order must be restructured to serve its interests are not good candidates for agreement. The United States does not want to be the “demandeur” in these circumstances. China will see our requests as a sign of weakness they can exploit to obtain concessions.

What does this mean for seeking agreement with China on technology, particularly over Huawei? Huawei is not just another company. It is a national champion with long-standing and close ties to the Chinese intelligence services. It has used the theft of intellectual property and government-supported predatory pricing to gain market share. Which of these do we imagine is on the table for negotiation? They are integral to Huawei’s business model. What concession could we reasonably expect, and how would we verify it? The Chinese do not think they need a deal on technology. They are disinterested in any agreement that does not preserve the status quo, where they face no real penalties for espionage or predatory trade policy.

It is one thing, as some European governments have decided, to take the risk of using Huawei to preserve the economic benefits of access to China’s market, but this is a strategy of desperation. Western countries need a collective response to penalize China when it uses market access for coercion (in contravention of its WTO commitments). American companies are rightly nervous that the administration will go too far in applying sanctions to Huawei and China, but designing a reasonable, well-defined, and iterative strategy for decoupling does not require negotiation with the Chinese. An unrecognized factor in this discussion is China’s dependence on the West for technology and markets. China needs us as much or more as we need them. This dependence would give us leverage if we use it. A better approach than negotiating would be to work with our allies to use our advantages in confronting China’s destabilizing behavior.

1 The author has participated in eight major negotiations with China since 1992, on security, technology, and trade, as a United States diplomat and as a consultant to the United Nations 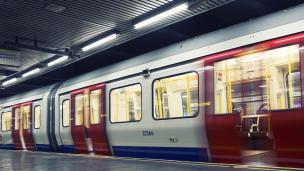 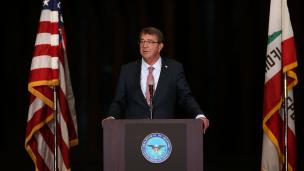