On this World Refugee Day, it is worth taking stock of how far we have come since the devastation of World War II, when the current international system and legal basis for refugee protection were established, and of how much work still needs to be done.

Today, there are 65 million people displaced globally, an unprecedented figure, of which 21.3 million are refugees. The dire situation in Syria has been a major driver of these numbers—more than 4.9 million Syrians are living outside the country—with the largest numbers in Turkey, Lebanon, Jordan, Iraq, and Egypt. In Lebanon, one in every five people is a Syrian refugee. In Jordan, Syrian refugees make up 7 percent of the population. Over one million have applied for asylum in Europe, while countless others have already crossed borders without official refugee status. Meanwhile, upwards of 13 million people remain in need of assistance within Syria, with nearly 7 million Syrians internally displaced. And these numbers continue to grow, with no resolution to the conflict in sight.

This crisis is unprecedented in magnitude and urgency. But the international infrastructure—dating back to the Refugee Convention of 1951 and its 1967 Protocol—is woefully inadequate to the scale of displacement. In addition to providing life-saving assistance and protection to refugees, the current paradigm is built around three durable solutions: voluntary repatriation, integration into the country of displacement, and resettlement to a third country. The Syrian crisis, coupled with a deteriorating situation in Afghanistan and much of Africa, has exposed the limitations of this approach.

First, the response to refugee crises remains reactive and focused on providing temporary, emergency assistance, despite the fact that refugees are often displaced for prolonged periods. For example, Zaatari—Jordan’s largest refugee camp and the country’s fourth-largest “city”—now hosts nearly 100,000 Syrian refugees. As these refugees fled the Syrian civil war, they built Zaatari around them in preparation for many years in exile. Maintaining the camp’s infrastructure depends entirely on foreign aid—and as a result, the camp went without any electricity for over nine months last year when the UN High Commissioner for Refugees (UNHCR) was unable to make its payments to the Jordanian government. Though more than half of working-age refugees are employed to some degree within the camp, that work is limited to in-camp positions in private shops, supporting NGOs, or helping to maintain the camp itself. Many would like to stay in Jordan and work outside the camp, but are legally barred from doing so without financial sponsorship. Meanwhile, most are fearful of returning to a country where they would still face danger and persecution and are not candidates for resettlement. As a result, they are dependent on diminishing food and other aid offered by international agencies, with no end in sight.

Second, the system relies heavily on frontline states, which are often ill-equipped to handle large and sustained floods of displaced persons. As of 2015, a full quarter of all refugees were in countries considered “Least Developed” by the United Nations (UN). For the Syrian crisis, neighboring countries—Jordan, Turkey, and Lebanon, in particular—are stretched well beyond their resources. The millions of Syrians taking refuge in these countries are straining their already fragile economies—for example, the unemployment rate has doubled in Lebanon, and the price of meat alone has tripled in Jordan.

Finally, the resettlement process is slow, mired in political difficulties, and too narrow in scope compared to the existing need. Through UNHCR and other channels, only about 90,000 resettlement opportunities are available for refugees each year. At that rate—and assuming the number of Syrian refugees in need of assistance plateaued at 4.9 million—it would take over 50 years to resettle all Syrians living as refugees outside of Syria’s borders, to say nothing of the millions more that are displaced inside the country. If we consider the 20 million refugees around the world, that number balloons to well over 200 years.

Better resourced countries like Germany, Sweden, and other European Union members have taken in hundreds of thousands of fleeing Syrians as the refugee and migration crisis spilled over their borders last summer. Still, these channels are limited. European countries have preferred to bolster the capacity and resources of frontline states in an effort to contain the problem and deter refugees from seeking shelter in Europe. The resurgence of right-wing nationalist tendencies and concerns about security in the wake of devastating terrorist attacks in much of Europe have put further strain on the whole process.

Meanwhile, the United States, among the few wealthy countries without emergency and urgent refugee resettlement programs, recently increased its refugee quotas—to accept just 10,000 Syrian refugees this year. Though an important gesture, it barely scratches the surface in the face of nearly 5 million Syrians seeking refugee status (and growing).

Ultimately, this all points in one direction: to the need for an updated international architecture for dealing with refugee crises of this scale. We cannot ask a system designed to work best when handling a few hundred thousand refugees to take on many millions—in countries ill-equipped to absorb them, from countries deeply mired in violent conflict and economic disasters, with a world increasingly apathetic or hostile to refugees’ plight.

The world needs a new paradigm for refugees—a mandate that builds on the incredible work UNHCR has been carrying out for 65 years, but creates a nimbler and more expeditious infrastructure suited to today’s crisis and ones that will inevitably develop in the future. Countries must be called on to increase their refugee quotas; to speed up their screening processes; and to commit more time, manpower, and resources to helping to care for people who have no choice but to leave everything behind and flee.

Within this new paradigm, refugees must have opportunities, including employment, education, and mobility, to support themselves and contribute to their new societies. A small but not insignificant number of Syrian refugees have been participating in the informal economy, albeit for low wages, in several frontline countries. Allowing refugees to participate in local economies reduces the strain on the host country and provides an alternative to aid dependence. In fact, studies have shown that refugees can make positive cultural and economic contributions, including enhancing economic productivity, when they are integrated into their host societies.

The new mandate must also establish an equitable system for burden-sharing based on pre-agreed upon quotas to relieve the strain on frontline states. Such a system cannot be negotiated by national governments in the heat of a crisis, as we have seen in Europe. It must be brokered by a neutral international body, like the UN, based on criteria such as population size, GDP, and absorptive capacity.

Political will, xenophobia, and scarce resources are not on the side of dealing with this crisis with the resolve and compassion that the situation requires. But the alternative—generations of displaced persons living and dying in increasingly crowded makeshift refugee camps—is unacceptable in a world able (if not yet ready) to take on the challenge. Shifting the paradigm for refugee protection and integration will allow us to relieve the unimaginable human suffering affecting one-percent of the global population today and to live up to the commitment envisioned by the architects of the post-WWII world order. 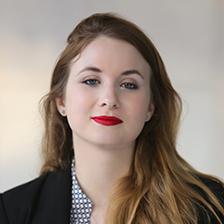 Most Recent From Julie Snyder 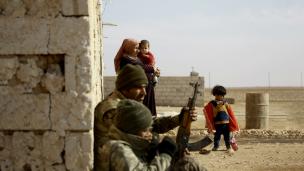 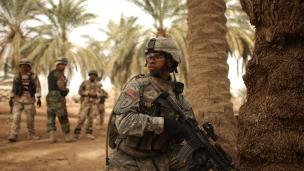 Civilians and “By, With, and Through”
By Daniel Mahanty, Julie Snyder
April 25, 2018
Blog Post

Supporting the LGBTI Agenda: Why It Matters for Civil Society
By Julie Snyder
In The International Consortium on Closing Civic Space
March 20, 2018
Commentary 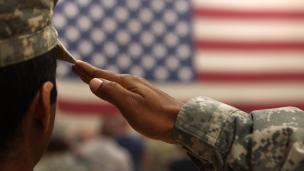 Divided We Fall: Why the Ban on Transgender Military Service Will Harm U.S. Security
By Julie Snyder
July 27, 2017
Report 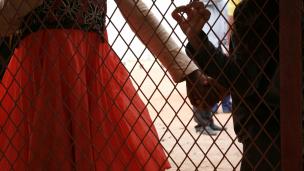 Stuck in Limbo: Refugees, Migrants, and the Food Insecure in Djibouti
By Julie Snyder
April 18, 2017
View all content by this expert