The Task Ahead for Rapid Capability Enhancement in Australian Defense

In December 1941, Prime Minister John Curtin wrote about the security challenges facing Australia in an article called “The Task Ahead.” He described the following year, 1942, as one in which there would be “an immense change in Australian life” to address the perils of the Japanese advance through Southeast Asia and the South Pacific. Curtin wrote about “reshaping, in fact, revolutionising, of the Australian way of life until a war footing is attained quickly.”

In some respects, the national challenge Curtin described in the bleak days of 1941 mirrors the challenge confronting the current Australian government. In Ukraine, not only is a young democracy fighting for its life, but the entire world has also been shocked in the realization that large-scale war can still occur, and that it remains a distinct possibility in Asia as well as Europe.

Australia, having divested itself from large parts of its manufacturing capacity and not having invested in innovative thinking about future military and defense strategies and operations for many years, needs to reinvigorate its thinking and action rapidly.

Just as Curtin was thinking about the next year or two in his article, Australian defense leaders should also shift their mindset from procurement programs looking beyond a decade, to programs that can deliver in the next three to five years. Curtin was not thinking about the longer-term force structure of 1950 or 1960 when he wrote those words, but the current Australian defense leadership still retains such an outlook.

Therefore, the announcement of a review of Australia’s defense strategy this week comes at just the right time. As Ukraine has demonstrated, good strategy matters. Ukrainians have proven to be outstanding at integrating all of their national assets into a single unified strategy to repel the Russian invasion. Whether it is their military operations, information operations, the mobilization and unification of their people, or the solicitation of massive aid from the West, Ukrainians have proven to be masterful strategists. There is much Australian government and defense leaders might learn from this approach. But this review will be about more than strategy.

It should deliver enhanced defense capabilities at a faster rate than any Australian government has done since the World War II. The Chinese, drawing strategic lessons from the Ukraine war, may well advance their timeline for action against Taiwan or lean even further forward into the development of operating bases in our region. As Yun Sun has written in a recent article in Foreign Affairs, President Xi Jinping may become even more aggressive in outlook once the October party Congress is complete. She writes that Xi “will have less to prove to his domestic audience. But he will have all the power and the opportunity he needs to pursue his ‘China Dream.’”

This means developing the ability to undertake a range of different military operations that will deny an adversary the ability to maneuver unhindered within thousands of kilometers of Australia’s shores. While Australia’s defense forces have useful crewed land, air, and sea capabilities to do this, Canberra will probably need to procure additional crewed systems as well as substantially expand the size of uncrewed drone systems. Australia needs swarms of these autonomous systems that can deny airspace, interdict maritime and subsurface platforms, and operate across the many large and small islands of the Indo-Pacific. Land capability is critical. History provides multiple examples of countries that have hoped to win the next war in just the air or at sea but have been frustrated by the reality that winning wars means fighting people on the ground. This pertains to future competition and conflict in the Indo-Pacific as well.

There are no silver bullet solutions to the development of an Australian deterrence capability. The challenge demands a wide range of different solutions that can be combined and adapted in different ways to anticipate and address distinct and evolving threats.

The defense review team has a massive task that should be completed quickly. While there have been many reviews of Australian defense over the decades, almost none of them are likely to be important as this one. It will not get everything right, given the limited time available. But it should be given the latitude to challenge extant structures, basing, technologies, and most importantly ideas, and it should then oversee changes at a very fast pace. The profound challenge of Australia’s environment means that the leaders of this review, Air Chief Marshal Angus Houston and Stephen Smith, have a very big task ahead.

Mick Ryan is an adjunct fellow (non-resident) with the Australia Chair at the Center for Strategic and International Studies in Washington, D.C. 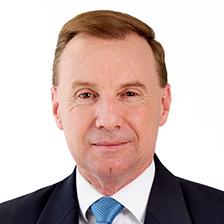 Most Recent From Mick Ryan

Upping the ante: Key takeaways from China’s major drills around Taiwan
The Japan Times | Gabriel Dominguez
August 9, 2022
In the News

Russian troops have been accused of castrating a Ukrainian POW. It tells us a lot about their army
ABC News | Mick Ryan
August 4, 2022
In the News

Russian troops have been accused of castrating a Ukrainian POW. It tells us a lot about their army
ABC News Australian Broadcast | Mick Ryan
August 1, 2022
In the News

A ‘just war’: West has a moral obligation to help defeat Russia
The Sydney Morning Herald | Mick Ryan
July 22, 2022
In the News

Why HIMARS may shift the battlefield balance in Ukraine
The Sydney Morning Herald | Mick Ryan
July 22, 2022
In the News

Ukraine and Russia are desperate for success before winter arrives. Here are three things to watch
ABC News | Mick Ryan
July 22, 2022
View all content by this expert