There Is More to the Trade War than Trade

The clamor of timorous voices that have greeted the president’s “Trade War” with China makes one fear for the republic. Let’s do a quick recap:

IP theft is not the most important issue. The IP is gone and is not coming back. Nor is punishing China a useful goal. What the United States needs from China is a commitment to observes the rules and norms of international trade and to extend reciprocal treatment to U.S. (and Western) companies in China. If the world’s second-largest economy feels free to flout trade practices, we are all in trouble, and as others have pointed out, this trade war started long ago with China’s decision not to play by the rules. The best metric for success is equitable treatment of foreign companies in China.

Having essentially given China a free pass on trade since the opening of the Chinese economy in the early 1980s, the United States needs to build leverage to get any concessions. The key to leverage is that China still needs access to Western, primarily U.S., markets and technology. China (unlike most developed nations) cannot depend on domestic consumption to sustain its economy. And while the Chinese economy has become truly innovative, the lead in research and innovation remains in the United States for now—if China did not need U.S. innovation, it would not try so hard to buy its way into Silicon Valley. Denying access to markets and technology creates leverage with China, and China’s massive national debt sits heavily on Beijing’s mind as it contemplates a trade war.

There are, of course, many things one could object to in the current effort. It does not appear to be part of a coordinated strategy for changing China’s behavior; the objectives have not been clearly specified in public; there appears to be no negotiating process to engage with the Chinese; and many actions, such as annoying key allies like Germany, are counterproductive. Lurching into action is good, but a steadier course could reduce costs and increase the chances of success.

If China invaded Hawaii, announcing it had discovered some ancient map that showed that Hawaii was a Chinese possession centuries ago, Americans would rally in response. China would never do this because it knows there would be penalties. The kind of great power competition we are in will avoid this kind of anachronist action. Instead, the new contest is economic, over who sets the standards and the rules for how the world will work. China has a “new vision of global governance” that would amend the impartial rule of law to ensure it reflects Chinese “characteristics,” where China and its ruling party occupy a dominant place.

In diplomatic terms, the United States is the “demandeur,” asking something of China. As in any negotiation, there will be refusals, countermeasures, appeals to third parties, and charges that U.S. requests are unfair or contrary to international norms. This is the normal practice and largely window dressing while each side assesses the other. If China thinks the United States will fold, there will be no concessions. If it decides the United States will stay the course, it will seek to find the minimum level of change it can make to assuage the Americans. The first offer will be to begin talks, with the intent of having these talks never reach a conclusion.

The issue is bigger than trade deficits or technology leadership. The issue is how China will fit into the world and what role it will play. The status quo is unsustainable. The international order created after 1945 will inevitably change, but the direction of that change has yet to be determined: a strengthening of the rules-based system promoted by democracies (some Chinese sources call democracy “a tool for Western domination”), or moving backwards to a system based on power and conflict. This is not a contest the United States and its allies can afford to lose. 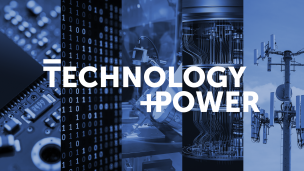