Trade Laws of Nature: Biodiversity Provisions and the AfCFTA

Free trade agreements (FTAs) are expected to do more than merely establish a trade area between cooperating states. There is mounting pressure for deals to address issues from gender inequity to climate change by including non-trade provisions, and biodiversity is a key topic that FTAs can help regulate. Although contemporary agreements have incorporated biodiversity clauses, the recent African Continental Free Trade Area (AfCFTA) agreement does not. But it should. The need for robust environmental protections is rooted in Africa’s abundance of diverse ecological resources. Home to 20 percent of the world’s plant and animal species and higher rates of carbon capture than the Amazon via its intact rainforest and jungle ecosystems, the continent is prime for protecting the natural capital from which an average of 30 to 50 percent of the region’s total wealth is obtained. Trade in biodiversity-derived products made up nearly $78 billion of goods exported by AfCFTA members and regional states in 2017, further underpinning the economic importance of the region’s natural resources and the need to protect their ecosystems and assets with all tools available, including the AfCFTA.

Q1: Why is biodiversity an important consideration in the AfCFTA?

A1: After five years of negotiations, the launch of AfCFTA in 2021 created the largest free trade area by total number of countries. With the capacity to connect over one billion people and 54 countries, the agreement has been hailed as an opportunity to lift millions of people out of poverty while facilitating trade between members by accelerating growth, enhancing the diversity of intra-African exports, and attracting more foreign direct investment through uniting the region into a single market. Beyond eliminating tariffs, the AfCFTA covers some non-tariff barriers and trade facilitation provisions. It also harmonizes customs standards alongside a complementary protocol that establishes clauses on dispute settlement, intellectual property rights, intra-African competition, and foreign investment. The agreement is to be negotiated and implemented in three phases, with Phases 2 and 3 not yet negotiated. The first phase covers trade in goods and services; the second phase will handle investment, competition, and intellectual property policies; and the third phase will manage e-commerce.

The agreement currently contains limited environmental language. The preamble affirms the rights of parties to regulate and practice flexibility in trade to achieve domestic policy objectives—including those related to the environment—but includes no legally binding obligation to do so. Although the agreement allows for these exceptions, there is no jurisprudence regarding how an adjudicatory body would approach potential disputes, making them comparatively weaker. Currently, the AfCFTA acknowledges existing commitments made by nations under other multilateral environmental agreements (MEAs), which would include the Convention on Biological Diversity (CBD). But, for large-scale change, the United Nations Conference on Trade and Development (UNCTAD) notes that sustainable trade would be best promoted by developing synergies between existing MEAs with the AfCFTA and implementing binding environmental protocols under a new chapter in a future phase of the agreement. In the same report, UNCTAD acknowledges the need to identify, categorize, and diagnose how to limit non-tariff barriers (NTBs) on biodiversity-based goods in an African context, which would involve broad coordination across government organizations and stakeholders.

The study also determined that there is an opportunity to find a better balance between foreign investment and government prioritization of sustainable development goals, which could be handled by performance requirements—compatible with World Trade Organization and AfCFTA regulations—intended to promote trade in biodiversity products. A robust assessment framework through which to provide feedback on the links between the social, environmental, and economic impacts of trade is also essential for assessing how to optimize a relationship between trade liberalization and sustainable development goals across regions and industries. Overall, the agreement contains a lack of explicit clauses through which to protect biodiversity, broadly indicating a need for specificity and harmonization in policies across regionally adopted MEAs, NTBs for products sourced from biodiversity, investment policy, and the AfCFTA’s feedback mechanisms.

Q2: Why is biodiversity a relevant topic in FTAs?

A2: Defined vaguely as lives and organisms in a particular habitat or ecosystem, the all-encompassing nature of biodiversity makes it a challenge to grasp and even more challenging to protect. The flow of goods and services between nations has long challenged biodiversity through multiple avenues—overexploitation of resources, the spread of invasive species, wildlife poaching, and harmful agricultural practices. Trade has grown as a share of global GDP, up from 36 percent in 1979 to 60 percent in 2020, indicating that sustainable practices and resource management are vital to establishing more resilient and long-lasting trading systems. Moreover, as talk of building sustainable economies shifts toward building regenerative ones, the international community should not overlook the importance of biodiversity.

FTAs present an opportunity for the enforceable accountability of parties who have agreed to biodiversity standards. On matters of sustainability, countries are often able to shirk commitments when made to nonbinding, multilateral accords, such as the Paris Agreement, wherein countries set their own requirements with no enforcement mechanisms. Without binding requirements, most nations have made insufficient efforts to meet their modest goals and, in the case of the United States, can easily exit and reenter the agreement. With economic priorities in the balance, nations are forced to comply with biodiversity requirements laid out in FTAs or face the agreed-upon dispute resolution system in response to breaches. With economic viability essential to governments in an era of heavy trade reliance, FTAs are one of the best mechanisms through which to support mandatory biodiversity provisions.

Q3: What is the landscape of biodiversity-related MEAs?

A3: Article XX of the 1947 General Agreement in Tariffs and Trade (GATT) references the rights of members of trade commitments to protect human, animal, or plant life, as well as nonrenewable natural resources. However, attention on environmental issues within the trade realm grew significantly with the inclusion of environmental provisions in the North American Free Trade Agreement’s (NAFTA) parallel negotiations for the North American Agreement on Environmental Cooperation, as well as the World Trade Organization’s founding Marrakesh Agreement. Although the environmental language of these agreements applies only vaguely to biodiversity matters, the United Nations Environmental Program’s 1994 CBD shed light on the topic directly on an international scale. In total, 196 countries have signed onto the CBD, vowing to support and maintain biodiversity across policy sectors. The CBD includes the Nagoya and Cartagena Protocols, which handle the sharing of genetic resources and biosafety, respectively.

Five additional MEAs comprise the “Big Six” leading biodiversity agreements. These include the Convention on International Trade in Endangered Species of Wild Fauna and Flora (CITES), which was implemented to protect endangered species; the Convention on the Conservation of Migratory Species of Wild Animals (CMS) of 1979, which protects migratory animals and habitats; the Ramsar Convention on Wetlands of 1971, which serves to support healthy wetland ecosystems; the 2001 International Treaty on Plant Genetic Resources for Food and Agriculture (ITPGRFA), which promotes sutainable plant usage; and the World Heritage Convention (WHC) of 1972, which focuses on preserving both nature and cultural traditions. Each of the six agreements focuses on a unique combination of biodiversity topics like genetic diversity, ecosystems, sustainable use, or economic incentives in the case of CITES, WHC, ITPGRFA, and Ramsar. Additional environmental programs, like UNCTAD’s 1996 BioTrade Initiative, have also been vital for the prioritization of biodiversity standards and understandings in the trade realm.

Q4: Why does the AfCFTA not contain stronger environmental provisions?

A4: First and foremost, the AfCFTA is a trade agreement. While it allows for compliance with MEAs and other agreements, its primary goal is uniting members into a single market and it includes limited non-trade provisions. As trade is increasingly intertwined with sustainability, countries seeking global competitiveness are beginning to pursue them concurrently. The African Union’s (AU) recent sustainable development commitments touch on such topics in the Agenda 2063: The Africa We Want, revealing the AU’s pivot toward harmonizing trade practices and sustainability, opening a window of opportunity for future additions to the AfCFTA to include biodiversity provisions for the continent's broader development agenda.

The AfCFTA recognizes the commitments that member states have already made to external MEAs and bodies. The preamble incorporates language that affirms “existing rights and obligations with respect to each other under agreements to which [members] are parties,” which applies to multilateral agreements across a wide array of topics, including the "Big Six” biodiversity agreements, the African Convention on the Conservation of Nature and Natural Resources, and several others to which the majority of AfCFTA parties are concurrently committed. Some of these agreements contain trade-specific provisions, each including varying degrees of obligation, from legally binding, like the CBD, to voluntary, like the CITES. These MEAs, however, do not compel nations to comply in the same way a dispute settlement provision in a trade agreement does. Trade-specific dispute settlement systems allow parties to levy retaliatory economic actions on parties found to be in violation of the agreement. While the CBD is legally binding, a dispute between parties would not have the same capacity to directly threaten the economic prospects of a nation in the same way a trade dispute settlement could. With growth in the balance, nations are more likely to comply with mandates, making environmental provisions in the AfCFTA vital for continental compliance with biodiversity measures. 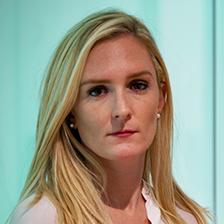 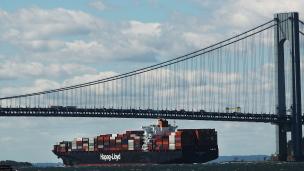 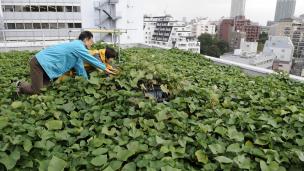 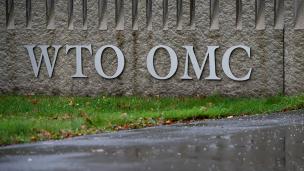 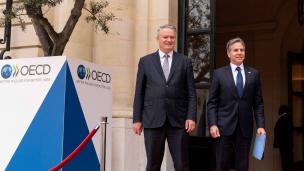 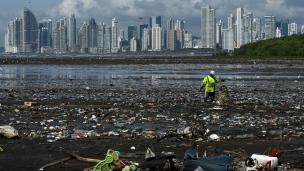 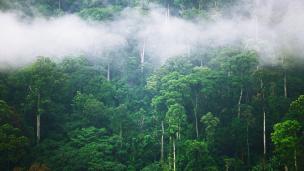 All That Glitters Is Not Green
By Emily Benson
September 28, 2021
Critical Questions 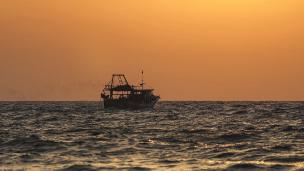 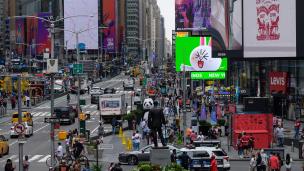 You Are What You Eat: Bring on the Omni-channel
By Emily Benson
August 4, 2021
View all content by this expert