Late last night, trade ministers from twelve Asia-Pacific countries concluded negotiations on the twelve-party Trans-Pacific Partnership (TPP). TPP is a regional trade agreement of broad scope and comprehensive coverage that combines trade and investment liberalization among its members with high-standard rules and disciplines in areas like state-owned enterprises, labor, and intellectual property rights. President Obama has made TPP a key part of his economic and foreign policy agenda, and today marks the culmination of more than five years of negotiations.

Q1: What was achieved in Atlanta?

A1: Trade ministers meeting in Atlanta settled the final points of the agreement. The most prominent issues, automobiles and biopharmaceuticals, were resolved, although negotiators worked well into the early hours of the morning to finish the final details. The agreement summary now available via the United States Trade Representative includes 30 chapters covering a wide swath of trade issues, from trade in goods to government procurement and intellectual property. It also incorporates several issues not covered by traditional trade agreements, notably issues related to the digital economy and the participation of state-owned enterprises. The agreement also provides for transitional periods to help member states develop capacity to implement new obligations.

While the agreement has been announced, the ministers said that negotiators will continue technical work on a complete text for public release. But as the ministers noted in their joint statement, the most important feature of the agreement is that it “achieves the goal we set forth of an ambitious, comprehensive, high standard and balanced agreement that will benefit our nation’s citizens.”

Q2: How did negotiators resolve the final sticking points?

A2: One assumption for any trade negotiation is that every party, no matter how large or open the economy, has areas of genuine political sensitivity. Achieving a balanced outcome with broad benefits while ensuring the ultimate political viability of the deal for all parties is more art than science. While the details are not yet known, ministers provided assurance that the right balance had been struck.

Agriculture market access is always a late-closing issue. Negotiators reportedly found agreement on dairy products by establishing enhanced access to the U.S. and Canadian markets for exporters like New Zealand while preserving Canada’s “supply management” model. Australian sugar exporters gained additional access to the U.S. market, while Japan opened its market for rice, beef, and pork exports from the United States and other parties.

Ministers reportedly found balance on Intellectual property for biologic drugs, a key area of interest for the United States, by establishing rules which ensure incentives for developers of new cures while providing access to these cures by patients throughout the region. The agreement provides for a minimum five year period of data exclusivity in all member economies, plus an additional three years of protection by other means.

TPP has 30 “chapters,” covering a huge range of issues at great depth. We will know more about the balancing acts on autos, apparel, state-owned enterprises, and dozens of other issues in the days ahead.

Q3: What is the significance of a successful TPP?

A3: A concluded TPP agreement would be welcome news for the global economy. World trade as a share of world output peaked in 2007, and has yet to return to steady growth since the 2008-09 financial crisis. Trade growth has also decreased sharply, and many countries have erected more protectionist barriers than they have removed. A high-standard, comprehensive market-opening agreement involving 40 percent of the world economy would promote economic growth and represent the first major liberalizing measure in nearly a decade. TPP would not just be good for the parties; its scope and ambition should serve as a “wake-up” call for leaders and a guideline for accelerating economic growth.

For the United States, TPP is more than a trade agreement. Its successful conclusion signals an ongoing commitment to the Asia-Pacific, and embeds U.S. commercial rules and norms in this fast-growing region. By updating and deepening a trans-Pacific economic order that is open, transparent, fair, and rules-based, the TPP will help to further enmesh the United States in the region, and its conclusion will strengthen the credibility of U.S. leadership. A completed TPP will also help to underpin the U.S.-led regional security order, which has provided the foundation for the region’s miraculous growth and development over the past seven decades.

A4: For the United States, 2015 has been a year of high ambition and political cooperation on trade policy. Trade Promotion Authority (TPA) moved from Committee markup to signing ceremony in ten weeks, a process that took ten months in 2001-02. If negotiations are substantially complete after Atlanta, the President could notify Congress of his intent to sign the agreement, triggering publication of the text and beginning the 60- and 90-day review periods required under the TPA statute. Considering the timetable in light of the U.S. electoral calendar, a fall 2015 announcement of an intent to sign TPP would imply Congressional consideration in spring 2016. It’s likely, given the compressed primary election schedule, that major party candidates for President will be known by mid-March, setting up a situation similar to China’s accession to the World Trade Organization, which required that the United States grant Permanent Normal Trade Relations (PNTR) in 2000. Despite controversy (including the chaotic Seattle WTO Ministerial in November 1999), the Clinton administration and a Republican Congress implemented China PNTR in spring 2000 without affecting the Bush or Gore campaigns.

In Atlanta, Trade Ministers demonstrated strong political commitment to conclude TPP. Canada, for instance, moved forward despite national elections later this month. Likewise, the change in Australia’s Prime Minister last month helped rather than hindered a strong conclusion to the talks. We expect this energy to prevail as governments turn to ratify TPP. 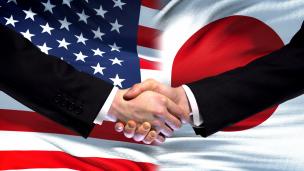 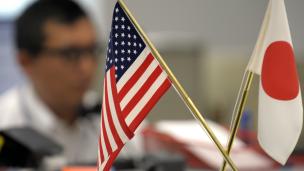