“The leaders discussed fishing licenses.” This fine example of a diplomatic understatement fails to capture the intensity of the latest dispute between London and Paris. As British prime minister Boris Johnson and French president Emmanuel Macron sought to dissipate escalating tensions over fishing rights in the English Channel, “the Prime Minister . . . expressed his hope that the French Government would de-escalate this rhetoric and withdraw their threats” after France had detained a British fishing vessel. This latest contretemps follows a concerning pattern of brinksmanship in the context of a bitter divorce over Brexit and deep French resentment over the recently announced Australia-United Kingdom-United States (AUKUS) partnership. Right now, the entente cordiale is not very cordial.

Every dispute, from sausages to submarines, threatens to erode the bilateral relationship at a time when London and Paris should be strengthening their security and defense partnership given the many shared strategic challenges ahead. Every issue tied to Brexit has become a totemic test of credibility that prevents progress on larger issues. This discord has become so intense that some commentators have even called for a couples-therapy-style intervention from President Biden. But, rather than have outside mediation from Washington, what if the United Kingdom and France could turn to an alternative remedy from the marital therapist’s playbook: self-help? Despite the choppy waters of domestic politics, it would be in both countries’ interest to help themselves by steadying the ship of UK-France defense and security relations.

Defense cooperation between the United Kingdom and France is founded on the historic Lancaster House Treaties signed in November 2010 by Paris and London—an agreement that underwrites a comprehensive bilateral relationship built on pillars of cooperation on defense, security, and nuclear technology. Despite the ups and downs of Brexit, both countries have managed to forge an ambitious shared agenda covering joint equipment projects, research and technology, nuclear cooperation, military exercises, and joint operations. Regions where the United Kingdom and France cooperate include Mali (Operation Barkhane), the Middle East (as part of the wider Global Coalition against Daesh), and Estonia (under NATO’s Enhanced Forward Presence).

The UK-France defense and security relationship is broad, deep, and of significant mutual benefit based on a shared history and set of values that each nation is committed to upholding, regardless of the political climate. The Armistice Day commemorations at this time of year are reminders of this, with the symbolic flowers—a poppy in Britain and a cornflower bleuet in France—worn by many as a visible symbol to remember the shared sacrifices made on the Western Front during the First World War.

Given their shared global outlook, France and the United Kingdom cannot afford to downgrade their defense relationship amid geopolitical turmoil. From the acute threat from Russia, the strategic competition China, Iran’s accelerating nuclear program, and the enduring threat of terrorism, Paris and London share the same security challenges. They also have the power-projection capability to match their ambitions. France’s counterterrorism mission in the Sahel and the United Kingdom’s recent carrier strike deployment to the Indo-Pacific are good examples of both nations' ability to project power. Given the growing prospect of high-intensity warfare, French and British armed forces must act together to be credible. In other words, strategic divergence is not an option for Europe’s two leading military powers.

This strategic partnership at the heart of Europe’s security could be at risk if political tensions between Paris and London continue to grow. While both countries managed to preserve their defense collaboration despite Brexit, the diplomatic row over AUKUS has reverberated deeply. An important meeting between the French and British defense ministers was postponed in AUKUS’ wake (although the two ministers later spoke by phone). Even though many routine day-to-day bilateral military activities continue, the French-British defense partnership is standing still rather than moving forward.

Getting things going again will need more than just phone calls—so what are the venues for deeper cooperation? The repair work engaged between Paris and Washington may serve as a blueprint here: more consultation, transparency, and an ambitious roadmap to move the partnership forward. Britain and France should summon the spirit of the Lancaster House Treaties signed a decade ago by starting with pragmatic steps on defense and security on both future capabilities and military operations.

First, Paris and London should deepen cooperation on new capabilities and emerging and disruptive technologies related to a range of practical issues. This means consolidating ongoing flagship programs, such as the promising maritime mine countermeasures project or the future cruise/anti-ship weapon project (known as FC/ASW, which aims at providing land-strike and anti-ship capabilities by 2030). Nuclear cooperation should be deepened through the “Teutates” program, which includes joint facilities testing on the safety and reliability of nuclear warheads. Both countries also have a keen interest in the outcome of the U.S. Nuclear Posture Review and should press the Biden administration together on that subject. Looking ahead, the United Kingdom and France should explore new areas of cooperation on cyber, artificial intelligence, or quantum technology as an opportunity to increase allied participation in AUKUS-related technology development. Both countries should also think of ways to consolidate ongoing European efforts on future combat air systems. Complementarity, not competition, should be the watchword for defense capabilities.

Second, both armed forces should enhance military-to-military coordination, cooperation, and joint action in areas of shared interest, whether geographic—such as in the Northern Atlantic, the Sahel, the Levant, and the Indo-Pacific—or in new domains of operation such as cyber and outer space. Both countries have an interest in encouraging continued U.S. interest in all those regions or domains as well. Given their converging interests and limited resources, increased operational cooperation in the Indo-Pacific region is of particular importance despite the tensions over AUKUS. The Combined Joint Expeditionary Force (CJEF), now fully operational, could also be leveraged to improve interoperability on intelligence sharing, logistics, and future equipment. The ongoing French-led POLARIS exercise is a good model and welcome step in this regard.

The outcome of this strategic reboot should be a new bilateral summit to revive and renew UK-France relations. The wide-ranging Sandhurst Summit—the 35th UK-France summit since the summit was established in 1976—between President Macron and Prime Minister May in 2018 shows the power of diplomatic set pieces for calm and substantive reflection amid wider political storms (the United Kingdom’s Brexit negotiations were in full swing at the time). A timely summit could be used to forge progress on capabilities and military collaboration, take stock of nuclear cooperation, and discuss areas of both convergence and divergence ahead of next year’s NATO and EU defense summits and strategic documents (NATO’s Strategic Concept and the European Union’s Strategic Compass).

This bilateral summit is already overdue. The 2020 joint declaration called for a new summit this year to reflect and build on “the achievements of the first ten years of the Lancaster House accords in the decade to come.” Unfortunately, this summit has failed to materialize because of political turbulence. Both sides should revive their “shared ambition for a summit that will cover a broad range of issues” to remind them of the history and significance of their friendship, and help reboot this essential relationship. As Catherine Colonna, the French ambassador to the United Kingdom puts it: “Let us also not forget that history can be tragic: if our alliance is essential it is because the world today is more dangerous and unpredictable than ever. And since the very first Entente cordiale it has been during storms that our friendship has been cemented.” The 36th UK-France summit could offer a way to demonstrate this eternal truth. A little self-help goes a long way. 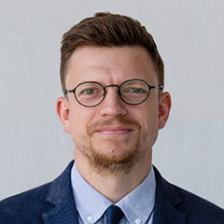 Leaders Step Back from the Brink After Missile Lands in Poland
The Dispatch | Declan Garvey and Esther Eaton
November 17, 2022
In the News 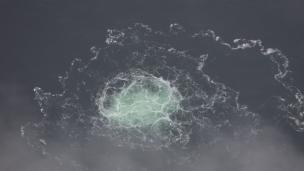 Five Steps NATO Should Take after the Nord Stream Pipeline Attack
By Sean Monaghan
October 6, 2022
In the News