Ukraine's Success - or Failure - is Up to Ukraine

U.S. Vice President Joseph Biden visited Ukraine this week, bringing with him the promise of $190M in new assistance and insistence that the Ukrainian government press on with economic reforms and the fight against corruption. Biden also reiterated that the United States would continue to support Ukraine in the face of Russian aggression, and reiterated that Moscow must abide by the Minsk II agreement (which calls, among other things, for the withdrawal of all foreign troops).

Moscow, of course, complains that Ukraine is the one failing to implement Minsk II, particularly those aspects of it that call for moving towards elections in separatist-held areas. In the meantime, however, violence in Eastern Ukraine has cooled down substantially, although the line of contact remains tense, with occasional shelling.

Biden’s words of support for Ukraine were meant in part to send the message that any cooperation that emerges between the United States and Russia in Syria will not lessen Washington’s backing for Ukraine and for the sanctions on Russia that were imposed in the wake of Moscow’s annexation of Crimea and military involvement in Eastern Ukraine. Washington’s message, to Kyiv and Moscow, has been consistent: Syria is Syria, Ukraine is Ukraine, and neither is a bargaining chip to be used in pursuit of the other. Western European leaders have also remained consistent and united in their position that Ukraine’s territorial integrity is sacrosanct, and Russian violations of it must be punished.

This is all well and good and necessary. But the fact that the Vice President’s visit was as much about maintaining pressure on Ukraine as voicing support for the Poroshenko administration is telling. Over the last two years, the Ukrainian government’s foot-dragging on reforms has put Washington and Brussels in an awkward position. On the one hand, some in the United States and Europe have argued that Ukraine “must” succeed, if only because the Kremlin’s actions were, first and foremost, designed to guarantee its failure. On the other hand, today, it is, Ukraine, not Russia, that is the biggest roadblock to that success.

Success means reforms. And there is nothing new about the reforms that are called for—variations on the same requirements have been presented for the last 23 years of Ukrainian independence. Those who came out to the Maidan in Kyiv back in 2013 and 2014, willing to risk their lives for their country’s future, were demanding largely these reforms. Ukraine needs a lot of change: legislative, personnel, and structural. Many of Ukraine’s problems are embedded in its institutions: parliamentary factions compete to introduce nearly identical laws, rather than collaborating on legislation all can support. Divided powers between the President and the Prime Minister create impasses on a broad range of issues. But rather than taking the opportunity of solid Western backing and a powerful popular movement, Ukraine’s government has over the last two years repeated patterns familiar from the last two decades: Some steps forward, many steps back, and a system which is still not only much the same structurally, but which is also run by the same people, subject to the same infighting, and backed by much of the same money. As Vice President Biden noted in Kyiv, the progress that has been made it is far from enough.

If reforms cannot be implemented with the substantial Western backing and the support of a large popular movement, one is hard pressed to think when they can be implemented. Now, with both members of that popular movement and American and European backers increasingly antsy, that window of opportunity may be closing. Western pressure on Moscow may still be necessary, but it cannot solve the problems rooted in Ukraine’s own systems and personalities. It is up to Ukraine to get this right.

Olga Oliker is a senior adviser and director of the Russia and Eurasia Program at the Center for Strategic and International Studies (CSIS) in Washington D.C. 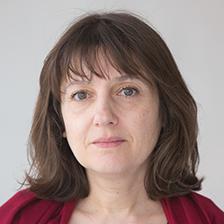 Most Recent From Olga Oliker

Hell: How Many Millions Would Die In a NATO-Russia War?
The National Interest | Dave Majumdar
April 23, 2019
On Demand Event 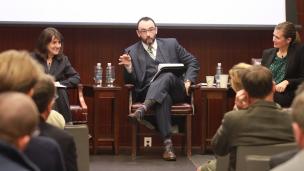 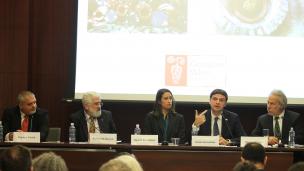 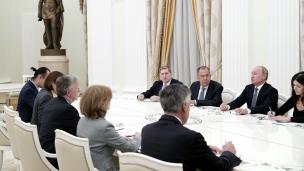 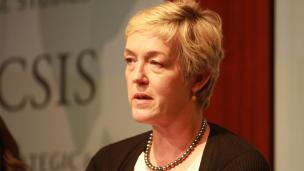 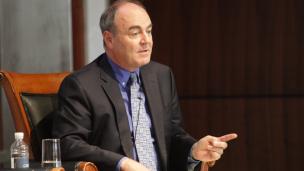 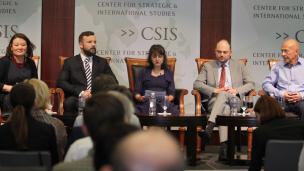