On November 6, 2018, CSIS hosted a workshop on “Transportation in Emerging Economies.” The Chatham House Rule event convened representatives from government, international organizations, think tanks, academia, and private businesses. The group gathered to explore the economic, environmental, and social drivers of urban transportation and mobility in emerging economies. The focus was on the interplay between transportation and energy consumption and the potential to disrupt conventional modeling and planning with new, multi-modal transport policies and investments, new vehicle technologies, and changing business models. This workshop was part of CSIS’s ongoing work on energy and development. There were five main takeaways from that wide-ranging conversation.

The move to urbanization, however, will produce vastly different cities. As the United Nations notes:

By 2030, the world is projected to have 43 megacities with more than 10 million inhabitants, most of them in developing regions. However, some of the fastest-growing urban agglomerations are cities with fewer than 1 million inhabitants, many of them located in Asia and Africa. While one in eight people live in 33 megacities worldwide, close to half of the world’s urban dwellers reside in much smaller settlements with fewer than 500,000 inhabitants.2


An urban center with over 10 million inhabitants will have different energy challenges than a city with 500,000 or 1 million people—in part because scale brings complexity but also because density offers opportunities for efficiency, especially once public transportation options become economically viable in larger urban areas. Therefore, urbanization should be understood as a major driver, but it is important to appreciate the complexity and variation that this term will encompass.3

Besides population growth and urbanization, industry will be another major driver for transport services. According to the 2018 International Energy Outlook by the Energy Information Administration (EIA), industry is the largest energy-consuming sector and will remain so through 2040.4 The supply chains that form the backbone of today’s manufacturing base are connected through a web of transport services—trucks, trains, and ships. And manufactured goods are often transported thousands of miles before they are consumed, and then transported again to be recycled or discarded. More industry will mean more transportation.

2. There is no single pattern for urban development and hence transport energy use.

The question, put simply, is whether emerging cities in Latin America, Africa, and Asia will look more like Europe or North America. But the reality is, again, more complex. To begin with, the starting point is not just different but also more diverse. A 2009 study that explored mobility if four cities—Bangalore in India, Dar es Salaam in Tanzania, São Paulo in Brazil and Shanghai in China—found significant variation in mobility patterns.7 The reliance on non-motorized transport (walking and biking) ranged from 18 percent in Bangalore to 56 percent in Shanghai. Cars were 5 percent of the modal share in Bangalore but 31 percent in São Paulo. Public transport ranged from 30 to 47 percent in these four cities.

Cities also evolve differently—due to history or planning. The workshop discussed the Chinese city of Wuhan, which has evolved as a polycentric city with “three subcenters separated by rivers since the city’s formation.” In contrast to mono-centric cities, “Wuhan has shorter commuting distances in the outer areas (3.9 km), smaller car mode share (16.6 percent), larger nonmotorized mode share (36.8 percent), more commutes inside the subcenters (91.3 percent), more public transit use when commuting among the subcenters (67.3 percent), and less commuting CO2 emissions.”8

These examples led the workshop to discuss the merits and limits of case studies. Case studies can highlight patterns and allow us to visualize complex mechanics. But case studies can also be noisy, especially when they point to vast differences in mobility patterns. Even so, case studies are essential to allow researchers, modelers and policymakers to appreciate the diverse world they are dealing with; and with more case studies, some patterns will emerge that will allow us to generalize and generate improved forecasts and policy tools for managing this increased need for mobility.

3. Transportation is a derived service that requires a holistic approach.

Transportation is a way for people and goods to move from one place to another—hence it is important to understand why people or goods move, and why movement takes the form it takes. This requires a broad view of transportation that includes not just cost but also convenience, time, safety, and other concerns.

In the past, we associated higher incomes with higher demand for transportation services—and this is still true. In India, the prevalence of vehicle ownership rises with income: among the top 1 percent in terms of household income, 64 percent own a vehicle; among the top 10 percent, the number falls to 38 percent, which shows a sharp uptick in vehicle ownership even among wealthier households.9 Even in India, however, two-wheelers are more prevalent than cars, even among wealthier households, which retain multiple transportation options and alternate between them. So, this is not simply a case of households moving from two-wheelers to cars as they become wealthier.

More generally, transportation is not just a response to rising incomes, but also a pathway towards them. In developed countries, ride-sharing services have emerged as a way to increase the utilization of an existing asset (a private car). But in emerging economies, these new transportation options, enabled by technology, are full-time jobs that help lift people out of poverty. These jobs can range from transporting people to transporting goods, as well as delivering urban services such as food. These services are not new, of course, but technology is leading to lower barriers to entry as well as greater adoption, given the increased convenience they offer for urban dwellers.

4. Electrification is a major challenge and an opportunity.

There is an intense debate about whether and when oil demand might peak.10 The EIA sees demand for oil continuing to grow through 2040—in contrast to other forecasters who expect oil demand to peak even earlier. In part, however, this forecast underscores the role for policy interventions. There is an intense policy focus on electric vehicles, but this conversation often crowds out discussions about non-petroleum- based two-wheelers, as well as buses, truck, trains, and ships.

The workshop reviewed a detailed study on the electrification in India’s transportation sector.11 Combined with a larger share of electricity generation from renewable energy, the possible savings in both energy use and CO2 emissions were immense. For instance, fully electrifying two-wheelers by 2050 would lower energy consumption by 95 percent and CO2 emissions by 82 percent relative to a business as usual scenario.12 For three-wheelers, the equivalent numbers were 75 percent (energy) and 18 percent (CO2 emissions); in buses, energy use could be 66 percent lower and CO2 emissions 45 percent by 2050.

5. There needs to be a broad policy agenda to shape the transportation sector.

These savings underscore the role that policy can play in shaping outcomes. At the multilateral level, transportation is a major focus. The Asian Development Bank, for example, dedicated 27 percent of its 2017 commitments to transportation, the second highest percentage after energy (at 31 percent).13 But the policy agenda transcends money. The workshop participants discussed several areas in need of policy guidance:

Pricing. Consumers respond to pricing signals. Workshop discussants underscored the need for transparent and predictable pricing that included all environmental externalities. But pricing is often defined narrowly without regard to first and last mile—getting to and from the train or bus station. These added costs can make a big difference in how a consumer evaluates his or her transport options rather than how a transport provider might look at it. A metro ticket might seem reasonable if a person lives next to a station; but often, the station is a short taxi or bus ride away, which can change the calculation. It is important to look at the whole picture.

Safety. Whether consumers use public transportation is a function of how safe it is—not just to ride, say, the bus or the metro but also to go to and from the station to one’s home. Public lighting, sidewalks, clear signage and traffic signals—these are all essential components of providing transportation services.

Data. New patterns will only be discernible if we have the data to identify them. Sometimes, this data does not exist; other times, it exists but is hard to access; and sometimes, the data exists and is good, but it resides behind steep pay-walls that prevent researchers and policymakers from using it. Governments need to take a systematic and holistic approach towards data governance—one that balances the need for good planning with the rising concerns about privacy that emerge from the exponential increase in the amount of data that each person generates on a daily basis.

Nudging. Vehicle ownership, in particular, is often far more than merely a way to move around. It carries connotations linked to lifestyle and social status. If governments want people to use public transportation, they need to think about how to “sell” public transport—to make it a preferred option through soft social and behavioral policy.

The underlying theme of the workshop was change. The geography of demand is changing. Cities are changing. Business models are changing. There are new fuels available to power motorcycles, cars, trucks, trains and, eventually, ships and planes. Our understanding of transportation in emerging countries is changing too. We are not quite at the starting point, but we are early enough in this transformative process that policy interventions can make a big difference. This is an essential task if the world is to absorb billions of urban dwellers into the global middle class and provide them not just with opportunity but also livable and sustainable settings.

This report was made possible with the generous support of Chevron. 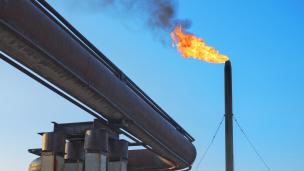 The Global Methane Pledge
December 7, 2021
In the News 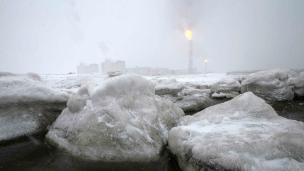 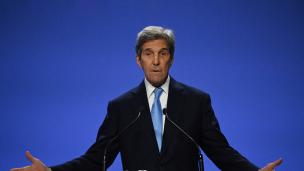 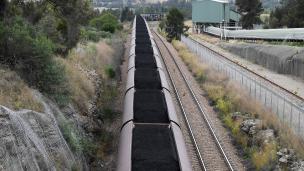 If World Rolls Back Oil Dependency, What Could Happen to Surrounding Financial Market?
Yahoo! | Vance Cariaga
November 1, 2021
View all content by this expert