The United Nations High-Level Meeting on Noncommunicable Diseases: The Politics of Inaction

Last week in the margins of the United Nations (UN) General Assembly, world leaders held the third UN High-Level Meeting (HLM) on noncommunicable diseases (NCDs). To say that the event and the political declaration—which it was centered around—have disappointed observers and many participants alike is an understatement. An open letter to world leaders coordinated by the NCD Alliance and signed by nearly 300 organizations in advance of the HLM provided one of the best summaries of the mood, warning that “Governments cannot afford to continue sleepwalking into a sick future.”

Although there has been a definite increase in attention to the issue of NCDs since the first HLM in 2011, this has not translated into dramatic increases in funding or action to prevent or manage the four major groups of NCDs: cardiovascular, diabetes, cancer, and chronic respiratory disease. Perhaps it is therefore not surprising that the political declaration contains no data regarding what progress (or lack thereof) has been made over the past seven years. The NCD Alliance letter chastises leaders “that their failure to date to deliver on their commitments at the 2011 and 2014 UN High-Level Meetings is not just statistics and economic losses, it is unnecessary suffering and preventable death in every country.”

Many people have noted that tackling NCDs will require major domestic financing and that we cannot expect there will ever be a global fund for NCDs as we have for malaria, HIV, and tuberculosis (TB). However, when it comes to raising domestic resources, there is low-hanging fruit. As Tom Frieden, former director of the U.S. Centers for Disease Control and Prevention and currently president and CEO of Resolve to Save Lives pointed out during a side meeting hosted by the PATH Coalition for Access to NCD Medicines and Products, “Taxing tobacco and alcohol and sugary drinks does not cost anything. This will make the government money.” Of course, how those resources are spent is potentially tricky, and in many countries, it is not possible to earmark the resources raised through such taxation for spending on public health, let alone on directed efforts to prevent, diagnose, and treat NCDs.

Unfortunately, there was no mention at all of such taxation in the declaration, a central reason that it has been labelled as weak, vague, and unambitious. The NCD Alliance letter called out “The absence of strong language on implementing the Best Buys, which focus on taxation, regulation, and legislation” as “a glaring omission from this document”—a sentiment that was echoed widely.

Another overarching concern expressed not only in the NCD Alliance letter but in side-meetings throughout the week, was the lack of an accountability framework to hold leaders to the commitments that they have made. One concept that emerged during the week was translating the list of “best buys” for tackling the NCDs into a shorter list of “must buys” and ensuring there are clear metrics for measuring progress against those. For Tom Frieden, the must buy at the top of the list is treating hypertension, and measuring and reporting out what proportion of people with hypertension are on treatment should be a critical accountability metric.

Given that the two health-related HLMs were happening a day apart, there was surprisingly little mention of the overlap between NCDs and TB. This is especially concerning given the fact that in some countries such as Mexico, nearly a quarter of new TB cases are linked to diabetes. Also, as Tom Frieden pointed out, there is a lot that can be learned from TB in terms of standardization of treatment regimens that could help to accelerate progress against a variety of NCDs.

One bright spot in the week was a growing focus on the burden of NCDs among children, particularly the issue of obesity and overweight. The declaration acknowledged “The significant impact of noncommunicable diseases on children, which is of major concern, in particular the rising levels of obesity among them….” The United Nations Children’s Fund (UNICEF) has included the prevention of overweight and obesity as part of its 2018-2021 Strategic Plan and held a side event in New York dedicated to the issue. Globally, an estimated 5.6 percent of children <5 years of age (World Health Organization (WHO), UNICEF, and World Bank 2017 ) and 18 percent of children 5-19 years are overweight or obese ( WHO 2016 ), figures that have risen dramatically over the past 20 years due to a combination of factors including insufficient space for physical activity; inadequate knowledge; changing social norms regarding weight/body shape; promotion of unhealthy foods and beverages; food pricing; and food labelling.

The implications of this burgeoning epidemic are large: gastrointestinal and orthopedic complications; cardiovascular disease; type-2 diabetes; stigma; poor socialization; depression; poor educational attainment; and a strong predictor of obesity in adulthood. In many settings, it is once again the poorest of the poor who are being affected, and some lower-resource countries are facing a terrible double burden of malnutrition: stunting (particularly among the rural poor), and overweight and obesity (particularly in urban areas).

The UNICEF meeting highlighted the urgency of tackling these problems, laying out the case for an all-of-society approach—which begins with community engagement and includes education; health; (including family welfare and early childhood development); social protection; agriculture; and the private sector to name just a few. There will also need to be significant regulatory and fiscal engagement, such as addressing the marketing of breastmilk substitutes and the marketing of foods and non-alcoholic beverages to children; implementing health-related food taxes; improving labeling requirements for foods high in salt, sugar, and fats; and product reformulation.

While there was widespread criticism of both the lamentable lack of progress and the uninspiring declaration from many quarters, some of the most powerful and pointed remarks during the week came from Ilona Kickbush, director of the Global Health Centre at the Graduate Institute of Geneva, who commented at the UNICEF meeting about the “commercial determinants of health,” that push a segment of the population into consuming unhealthy goods and foods. She also noted that people are generally oblivious that many pension funds—which invest in these sorts of companies—are “guaranteeing our future by destroying the future of the next generation” and called on the need for investor’s forum, as she thinks that most people are simply not aware.

Although there has been quite a lot of hand-wringing about this lack of progress in tackling NCDs and a similar level of lament over fragmentation in global health, there has been little in the way of fresh and pragmatic thinking on how to help countries paralyzed by the scale and scope of the problems they are facing to take some concrete actions forward.

At least part of the problem with the NCD agenda lies in the name itself. We have collectively spurred world leaders to action to address “communicable” disease threats (through the Global Health Security Agenda, Antimicrobial Resistance, and the Global Fund to Fight AIDS, Tuberculosis, and Malaria, to name a few) by arguing that their transmissibility poses an immediate danger. By branding some of the world’s biggest killers—cardiovascular disease, diabetes, chronic pulmonary disease, and cancer—as “noncommunicable" diseases, we imply that they are non-threats, and therefore not worthy of urgent attention. Couple this with the impression—from the original press release about the 2011 HLM—that the NCDs are lifestyle and diet-related illnesses, and you have a recipe for inaction.

We can change this. From a health systems perspective, it matters far less whether a disease is infectious or non-infectious (and it turns out that the line between the two is in fact quite blurry, with many noncommunicable diseases having an underlying infectious etiology) than whether it is acute or chronic. In many countries, especially those in lower resource settings, health systems are designed and operated to address acute disease, whether infectious (such as malaria, diarrheal diseases, and acute respiratory illnesses) or non-infectious (such as injuries). Programs for the prevention and treatment of chronic diseases are generally weak or absent, with one notable exception: HIV and AIDS. The global investments in combatting HIV and AIDS have helped countries develop systems to prevent infection in the first place, identify infected individuals, link them to quality-assured diagnostic testing and treatment, and ensure that they remain on treatment that results in viral load suppression and therefore dramatically improved survival. Countries have demonstrated that they can develop and maintain systems to provide individuals with lifelong care, surpassing expectations in many cases.

We can now build on this tremendous legacy. We can support countries to break down the unhelpful dichotomy between infectious and non-infectious diseases. In countries such as Cambodia, where the HIV epidemic is entering an elimination phase, building out the HIV and AIDS service platform could vastly accelerate national responses to the rising tide of other chronic diseases, most notably diabetes and hypertension. Doing so would contribute to better care for persons living with HIV, provide quality life-long services for individuals with other chronic conditions, and help to continue breaking down stigma associated with HIV and AIDS, as it will become viewed as one of any number of life-long chronic diseases (infectious or not) from which one can suffer, and for which high-quality lifelong treatment and care are available.

Given the sheer number of people who are affected by NCDs (both directly and indirectly), it should be easy to mobilize sufficient numbers of people to change the narrative and the trajectory. As one panelist pointed out in New York, “We continue to think of us [the policy makers] and them, but we are the patients.” We need to mobilize each and every person who has an NCD or is affected by one and put that mass of humanity to work into making this a winnable battle. The next HLM on NCDs is now scheduled for 2025. There is a lot of work that can and must be done between now and 2030 if the ambitious global and country-level targets are going to be met. The urgency of turning high-level political rhetoric into on-the-ground action cannot be overstated.

Robert Newman is a non-resident senior associate with the Global Health Policy Center at the Center for Strategic and International Studies in Washington, D.C. 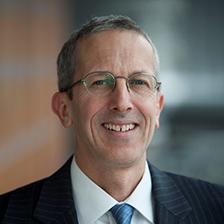 Most Recent From Robert David Newman 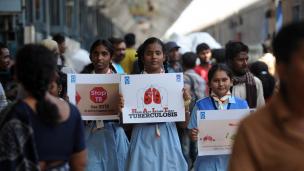 Tuberculosis on the World Stage: Will Political Attention Translate into Action and Accountability?
By Robert David Newman
October 12, 2018
View all content by this expert