The United States Geological Survey (USGS) determination of whether a mineral should be considered “critical” includes a complex, multifactor test, which considers relative (1) U.S. import dependence, (2) production concentration, and (3) market dynamics. The service found that 35 minerals meet this definition. Copper was excluded from the United States’ critical minerals list under both the Trump and Biden administrations because the United States still produces some copper domestically, and most copper was produced in then-business friendly and reliable Chile and Peru.

Times have changed, and the industry has learned more about the copper market and geopolitical dynamics. Copper is a foundational metal for the energy transition, electrification, and global growth. The World Bank found that over the next 23 years, the copper industry needs to produce as much copper as humanity has produced in the last 5,000 years to meet demand. In a seminal report, S&P Vice Chairman Daniel Yergin found that copper demand will double by 2035 and that “there will not be enough supply to meet the demand of Net-Zero-Emissions by 2050.” While U.S. copper production has dropped to nearly half in the last 25 years, China controls much of the clean energy minerals supply chain.

The USGS will likely add copper to the critical minerals list in time considering this new information . However, the United States should reconsider this question in the near term.

The United States seeks to coordinate and secure critical minerals with allied and partner nations.

This coordination is especially pronounced given the integration of U.S. and Canadian automotive and energy supply chains. Congress provided in the Bipartisan Infrastructure Act and Inflation Reduction Act (IRA) that Canada should be treated as “domestic” for the purposes of tax and other incentives.

Unlike the United States, Canada included copper on its critical minerals list. The United States faces a potentially significant problem. Consider a situation where a Canadian copper producer sought to benefit from the laws, but would be barred from doing so because of the divergent lists. This could create a significant diplomatic challenge and a nasty trade dispute. Perhaps more importantly, such a challenge would undermine the West’s shared strategy to develop a secure, responsible clean energy supply chain.

The IRA provides a mechanism to avoid this unintended outcome and accelerate the multiyear USGS critical list review process. The act provides the secretary of energy with the authority to modify the applicability of the IRA’s incentives to minerals that are not currently on the critical minerals list.

The secretary of energy should invoke her authorities to treat copper as if it were on the critical minerals list. This simple action could signal to U.S. allies that the United States is serious about leading the West in developing a secure clean energy supply chain, avoid a potential trade dispute, and signal to the market to invest in domestic sourcing.

Frank Fannon is a senior adviser (non-resident) for the Office of the President at the Center for Strategic and International Studies in Washington, D.C., and managing director of Fannon Global Advisors, a strategic advisory focused on geopolitics, energy transition, and market transformation. 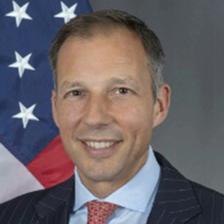