The Group of Twenty (G20) and the International Monetary Fund (IMF) for several years have committed to complete work on an IMF quota review by the spring of 2019 and no later than the fall of 2019. What to do with IMF quotas, the Fund's first-line capital, is also intimately bound up with similar questions about the Fund's other backstop resources—the New Arrangements to Borrow (NAB) and bilateral borrowing agreements.

The IMF—an organization at the heart of America's vision of an open global economy founded upon multilateral cooperation—is invaluable to U.S. national security and economic interests around the globe. For decades, the Fund has supported countries of key strategic interest to the United States. It has lessened the fallout from global shocks on the U.S. economy. Apart from these benefits, the Fund is a solid financial investment for the United States. It can provide large amounts of financing to combat volatility and contagion in global markets, at a time when U.S. resources for bilateral lending and development aid are highly constrained. The Trump administration's recent strong support for the $50 billion IMF loan to Argentina—despite purported concerns about international institutions and large-scale IMF lending—is proof positive.

Doing nothing on quotas will be a recipe for the rest of the world to point fingers at and further ostracize the United States. That should be a concern to the current administration. In contrast, supporting modest action—even if legislation is required—could garner tremendous goodwill for the United States, and enhance American soft power, at little cost. The United States should work with the Fund's membership to strike a responsible deal.

The question then is what kind of deal. While IMF management and staff may put forward arguments for a large overall quota increase, the case for doing so is not persuasive. Quota resources are ample at this time. However, there are credible arguments for some action. There is a clear case for modest redistribution of IMF quota shares, which could be addressed through a highly targeted approach or a limited modest quota increase.

Critically, the United States also needs to act to maintain its position in the NAB, so the Fund has a sufficient reserve tank to cope with emergencies that may batter the world economy. Otherwise, the IMF would be underfunded. Management and staff would then likely push to expand IMF bilateral borrowings, in which the United States does not participate, further diluting U.S. clout in the Fund and global economic circles.

China will be a main beneficiary of any quota share redistribution due to its current underrepresentation using virtually any metric, and in particular, China’s contribution to world GDP. Rather than simply opposing China, the administration should recognize that China rightly merits an increase in its IMF voting power, that the Chinese central bank that represents China in the Fund is committed to market reforms and working with the IMF, and it is in the U.S. interest to back these Chinese reformers lest they drift away from the IMF and pursue regionalism to a greater extent. Supporting a modest China share adjustment could also provide the administration leverage for bilateral discussions with Chinese authorities, including for rationalizing and reducing Chinese official lending around the world, which is harming many countries’ debt sustainability.

As part of any deal, the administration should seek wide-ranging reforms in IMF practices. It should also press Fund management and European partners not to lose sight of the need for reforming the IMF board, and specifically country representation.

The Full Report Can Be Found Here

Mark Sobel was Deputy Assistant Secretary for international monetary and financial policy at the U.S. Treasury from 2000 to 2014 and subsequently U.S. representative at the IMF through early 2018.  He is a senior adviser with the Simon Chair in Political Economy at the Center for Strategic and International Studies (CSIS) in Washington, D.C. 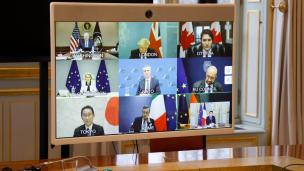 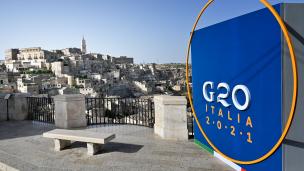