Despite the tendency of governments to centralize control, the creation of open, decentralized, neutral, and censorship-resistant networks offers new governance models for nations to flourish and move forward. The benefits could be even more remarkable for populations facing systematic corruption, bureaucracy, and inequality. Colombia, which is transitioning out of a 52-year armed conflict, is now enjoying increased security, a domestic market of 49 million people, an abundance of natural resources, and an educated and growing middle-class. However, like most developing countries, Colombia is still working towards finding a sustainable path to become a powerhouse economy in the region. A combination of political will, private sector engagement, and entrepreneurial involvement in building a blockchain-based ecosystem could enhance Colombia’s success moving forward.

Colombia’s outstanding macroeconomic performance within the region is mitigated by its systemic corruption: the country currently ranks 96 out of 180 in the 2017 Transparency International Corruption Index. Corruption continues to erode public confidence, affecting political stability and economic development in a crucial post-conflict period for Colombia. In addition, political polarization is the norm, as Colombia not only remains one of the most unequal countries in the world, but also remains heavily burdened with fresh memories from the armed conflict. While not an all-encompassing solution to Colombia’s systemic corruption and social challenges, the benefits of using blockchain, or distributed ledger technology (DLT), in Colombia’s public and private sectors could make a significant impact in boosting transparency and economic growth.

For example, the blockchain-based platform Ethereum creates and runs “smart contracts,” which are programmed without any possibility of fraud or third-party interference. Ethereum-based platforms could help Colombia’s public investment and procurement to be more transparent and efficient. Colombia spends almost 4 percent of its GDP on infrastructure, giving it one of the biggest public-private infrastructure programs in Latin America. The incoming Duque administration has plans to use these funds to modernize transport networks and government-led housing programs under Colombia’s post-peace development agenda. However, according to the WEF Global Competitiveness Index (2017-2018), corruption is the most problematic factor affecting competitiveness in the country. To mitigate man-made corruption risks, the Colombian government should explore implementing an Ethereum-based platform using smart contracts, which would enable the government to store registries of investments and move funds in accordance with instructions given in the past—without the counterparty risk.

Building an Ethereum ecosystem in Colombia would require political leadership. Ivan Duque, the youngest person to be elected to the country’s highest office, is promising to implement new policies that would embrace innovative technologies such as blockchain and the Internet of Things. But he will inherit a government with contradictory positions. The Colombian Superintendence of Finance and the financial sector have expressed concerns about the use of cryptocurrencies, which rely on blockchain-based systems. On the other hand, “Online Government,” an initiative driven by the Ministry of Information and Communication Technologies (TIC), is a positive step forward in providing access to government-related information through the web. Policy confusion within Colombian government agencies on the use of new technologies will deepen if the new government doesn’t take charge. For instance, the Duque administration should consider supporting education campaigns such as ConsenSys Academy, whose mission is to train and empower developers to bridge the Ethereum knowledge gap, and advise public and private actors on how to build Ethereum-based ecosystems. Ultimately, the lack of understanding and awareness of blockchain technology will block innovative, ground-up solutions from flourishing.

Yet government policies alone are not enough. The Colombian people themselves must be involved. One way ordinary Colombian citizens could benefit from distributed ledger technology is by integrating property deeds into decentralized ledgers. Despite its recent induction into the OECD, a global club for rich countries, Colombia remains one of the most economically unequal nations in the world. Amid ongoing peace implementation efforts, rural communities formerly controlled by the FARC are struggling to transition from an illicit drug-based economy to the globalized world economy, in part due to the lack of property rights. As with the success of similar efforts in Peru thirty years ago, formal recognition of property rights could boost communities’ economic growth, especially when done through a transparent and decentralized blockchain-based registry. Those efforts were led by Hernando De Soto, whose Institute for Liberty and Democracy (ILD) is one of the leading voices on the implementation of property rights reform using distributed ledger technology. By formally recognizing blockchain-based deeds, the Colombian government could help unleash the full financial potential of impoverished Colombians, providing the tools they need to lift themselves out of poverty. 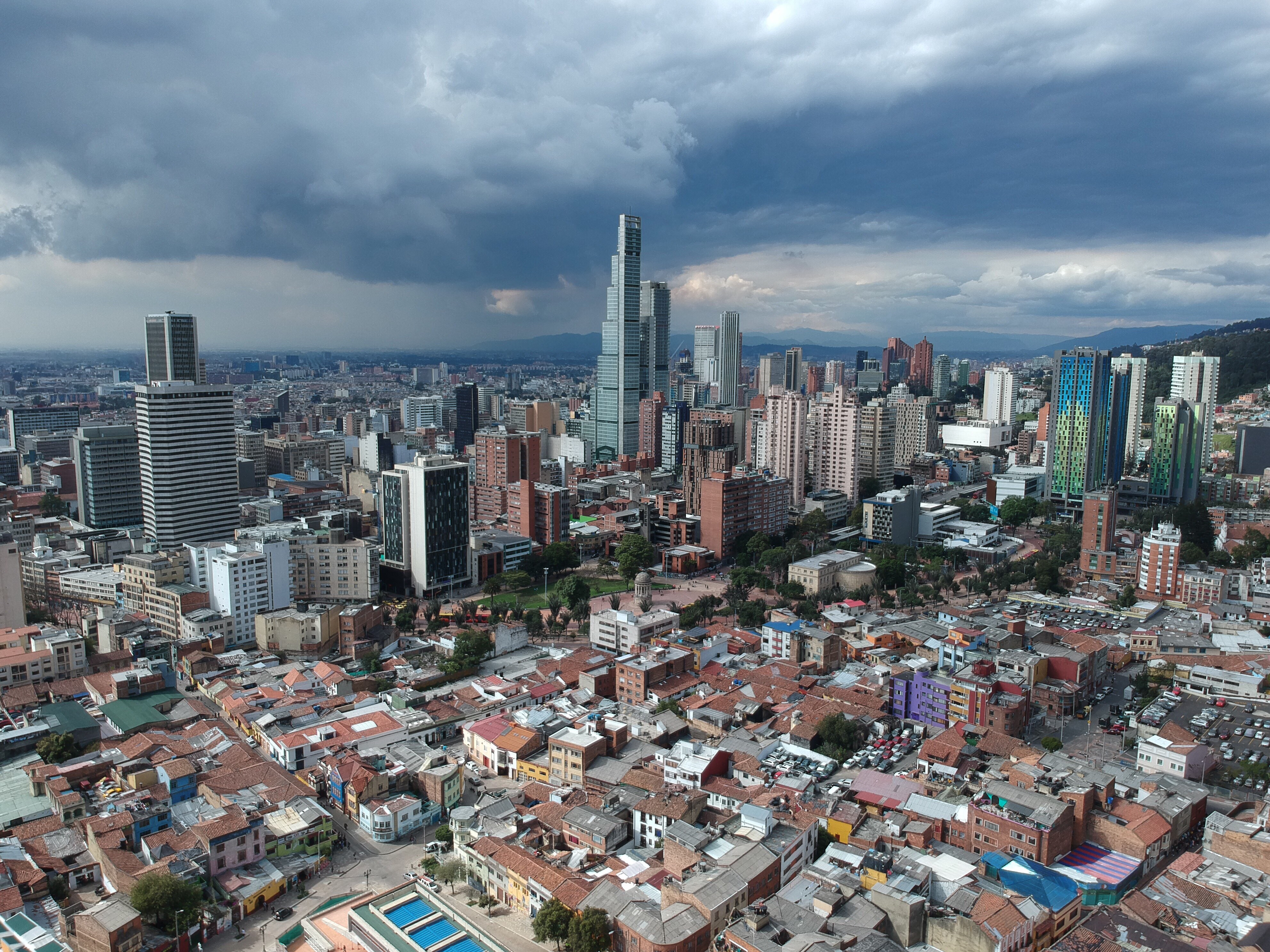 In terms of social impact, the use of blockchain-based applications to improve democratic processes and participation has already spurred partnerships between Colombian entities and blockchain advocates. Inti Colombia at Universidad Nacional and the City Hall of Bogota have teamed up to provide local students with a blockchain-based application through which they could elect their student leaders. More broadly, while the Colombian electoral system has made progress over time, blockchain technology could provide a secure digital ballot box that could not be hacked or altered, protects voter identities, and reduces costs.

Blockchain developers could create a new ecosystem that improves how Colombia’s people, businesses, and public entities interact with each other. All of Colombia could be more open, decentralized, and transparent—and perhaps serves as a model for other countries. The government should invest in technical solutions that developers, many within Colombia itself, are pursuing to help DLT technology overcome corruption and social challenges. Colombian institutions should  support the newly formed blockchain association (Blockchain Colombia), which is aiming to support the country’s blockchain ecosystem.

In the end, modernizing Colombia’s public sector with blockchain-based applications will depend on President-elect Duque’s political leadership. This kind of transition requires a leader willing to sacrifice power and control to build an open, decentralized, and censorship-resistant ecosystem. Only time will tell if President Duque is the right man for the job.

Moises Rendon is an associate fellow and associate director of the Americas Program at the Center for Strategic and International Studies (CSIS) in Washington, D.C. Jacob Mendales is an intern with the CSIS Americas Program.