U.S.-China Relations and COVID-19: What Can Be Done Now

The United States and China have dealt with a number of crises over the past decades: the deadly suppression of the Tiananmen protests in 1989; the NATO bombing of the Chinese embassy in Belgrade in 1999; the EP-3 incident over Hainan in 2001; and the Great Recession of 2008. In each case, leaders of the two nations were able to shelve domestic political exigencies to find common ground upon which to base their nations’ futures.

I vividly recall a luncheon in Beijing in the summer of 1999 when a delegation I led as president of the National Committee on U.S.-China Relations was told by a confidante of Chinese president Jiang Zemin that the Standing Committee of the Politburo of the Chinese Communist Party had just made a decision to “move beyond” the bombing of their embassy in Belgrade and resuscitate U.S.-China relations.

But today we seem to have entered unchartered waters, as the COVID-19 pandemic both highlights the need for Sino-American cooperation and, at the same time, reveals the two countries’ inability to do so.

What is at stake today are not only the lives and livelihoods of Americans but those of people around the world who will benefit or suffer depending on how well Americans and Chinese can bring their collective talent and energy together to find remedies, vaccines, and protocols to address COVID-19.

In recent days, we have witnessed extraordinarily unfortunate comments by representatives of both the Chinese and American governments. There are many reasons for this, among which is the relentless deterioration of Sino-American relations in the past several years, but one of the most important reasons is surely the anxiety that has gripped people around the world faced with the unprecedented wildfire spread of a disease that threatens lives and economic well-being. Ordinary people are on edge, and so are political leaders, their legitimacy threatened by public scrutiny of their management of a crisis none of them were prepared for.

For a superb analysis of the ramifications of the thin-skinned tit for tat between the Chinese and American governments, I recommend this piece by the journalist John Pomfret, whom I have known since I helped him learn Chinese at Stanford in the late-1970s.

In the short term, I am pessimistic about U.S.-China relations because I think that the leaders of both countries calculate that the benefits of blaming the other play so much to their own political advantage that they may be willing to sacrifice even potentially greater advantages that would accrue to their countries as a whole from cooperation.

That does not mean, however, that improvements in Sino-American relations have no upside, nor does it mean that nothing positive can be done. To the contrary, now is the time when private and subnational actors must step up to seize opportunities for cooperation to defeat COVID-19, save lives, and limit economic hardship. Once through to the other side of this crisis, we may be in a better position to improve how the two countries deal with one another.

Thankfully, scientists are working together around the world to find antiviral treatments for COVID-19 and vaccines to prevent it, supported by international bodies, national governments, corporations, and not-for-profit institutions. But more can be done. Given its recent rapid escalation of production of personal protective equipment (P.P.E.), respirators, ventilators, and other equipment, China is in a position to supply a great deal of the material that the United States urgently needs. President Trump has invoked the Defense Production Act with an executive order to ensure that “all health and medical resources needed to respond to the spread of COVID-19 are properly distributed to the Nation’s healthcare system,” something that will undoubtedly take time to implement. Rather than wait for this government initiative to bear fruit, it would be wise for business leaders to instead now be challenging their supply chain managers, industry associations, and humanitarian NGOs to seek out Chinese providers of critical equipment and supplies and to connect them with the state and local governments and hospitals that need them to make sure that Americans—and people of other nations—benefit from China’s enormous production capabilities.

It is time for men and women of good will and practical abilities around the world to set aside politics and join forces to fight COVID-19. If national governments are unable to find ways to cooperate, there is no reason others cannot. Too much is at stake not to.

John L. Holden is a senior associate (non-resident) in the Trustee Chair in Chinese Business and Economics at the Center for Strategic and International Studies and senior director and head of the China practice for McLarty Associates. 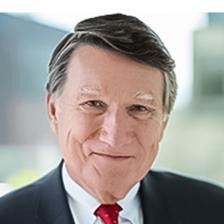 Most Recent From John L. Holden 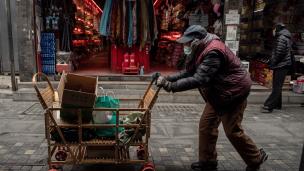 Common Prosperity: The Path to Common Poverty in China?
September 29, 2021
On Demand Event

Online Event: Biden’s Blueprint on Beijing: Transitioning to a New Approach on China’s Economy
January 21, 2021
In the News