On February 1, Indian finance minister Nirmala Sitharaman will deliver the budget speech to parliament. While the world looks for new insights into the government’s reform agenda, the government’s ability to enact reforms has noticeably slowed. Within a year of coming to office in 2014, Prime Minister Narendra Modi’s government had completed six major reforms included in our original India Reforms Scorecard, 2014-19. Today we are just months from reaching the one-year mark of Modi’s second term, and the government has completed only one reform from our revised India Reforms Scorecard, 2019-24. The need for reform has increased, but the execution has slowed.

Twenty years back, the release of the budget and accompanying budget speech and economic survey were the most significant annual statements of policy intent by the government. While their impact is now reduced somewhat, they remain the most important annual statement of intent on reforms—even if some reforms get announced in multiple budget speeches before they become a reality. The accompanying economic survey includes a more data-centric review of imbalances in the Indian economy, where reform could prove useful.

This year’s budget is getting a relatively high level of attention. Growth has slowed, and the government has not articulated a coherent vision for returning to growth. Last year’s major corporate tax cut buoyed sentiments, and the Modi government is closer-than-ever in making a significant change to India’s onerous labor regulations through the Industrial Relations Code Bill, introduced to Parliament in November 2019.

The Modi government started its first term with a flurry of long-awaited reforms such as allowing private investment in railways, allowing more private sector flexibility on coal production, relaxing foreign investment regulations in select sectors, and removing the last remaining protected sectors under the small scale industries list. In all, six reforms we had highlighted for action were carried out by the Modi government in its first year in office. This does not include the goods and services tax or the insolvency and bankruptcy code, both of which were carried out later in the government’s term.

In April-May 2019, we prepared a revised India reforms scorecard, featuring high-impact reforms that can benefit corporate growth and job creation. Some of the highlighted reforms were “unfinished business” from the Modi government’s first term, while others were new. A wide range of international business leaders, economists, and trade association leaders helped us determine which issues made the cut.

We are headed toward the end of the first year of the Modi government’s second term, and the pace of reform is noticeably slower. As of mid-January, the government has implemented only one highlighted reform—the cut to corporate tax rates announced last year. Three other reforms have seen positive steps; all three are related to bankruptcy/resolution processes.

Multiple reforms included in our scorecard were included as conceptual reforms when the government came to office. Some as part of the Economic Survey 2018-19, and others included in finance minister Sitharaman’s maiden budget speech. These include:

In areas like film and music, sequels often have a difficult time living up to the creative success of the original effort. This should not be the case in terms of economic policymaking. There is no dearth of ideas to trigger stronger economic growth and job creation—including our own India Reforms Scorecard 2019-24. And the government is now more experienced with the machinery of government.

Some reforms like relaxing foreign equity restrictions and privatizing public sector entities can provide a relatively quick bump to growth. Other reforms like improving legal restitution of business disputes and regulatory reforms take longer to gestate. Moreover, any type of helpful reform also serves as a signal of intent—and gives a higher degree of confidence to business that this government intends to build a better-functioning economy. 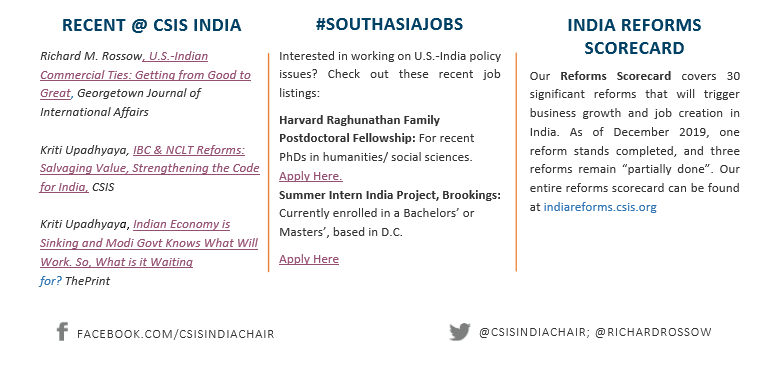 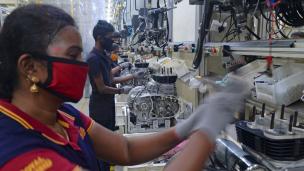