In both Washington and New Delhi, commercial ties seem relatively stable on the surface. Trade is hitting new records in both directions and foreign direct investment numbers remain solid. However, the range of disputes that the Biden administration inherited remain. Our current tools and pace of talks should be revisited soon to ensure these festering trade disputes do not cause more damage in the relationship. Our current forums for improving commercial ties are failing. 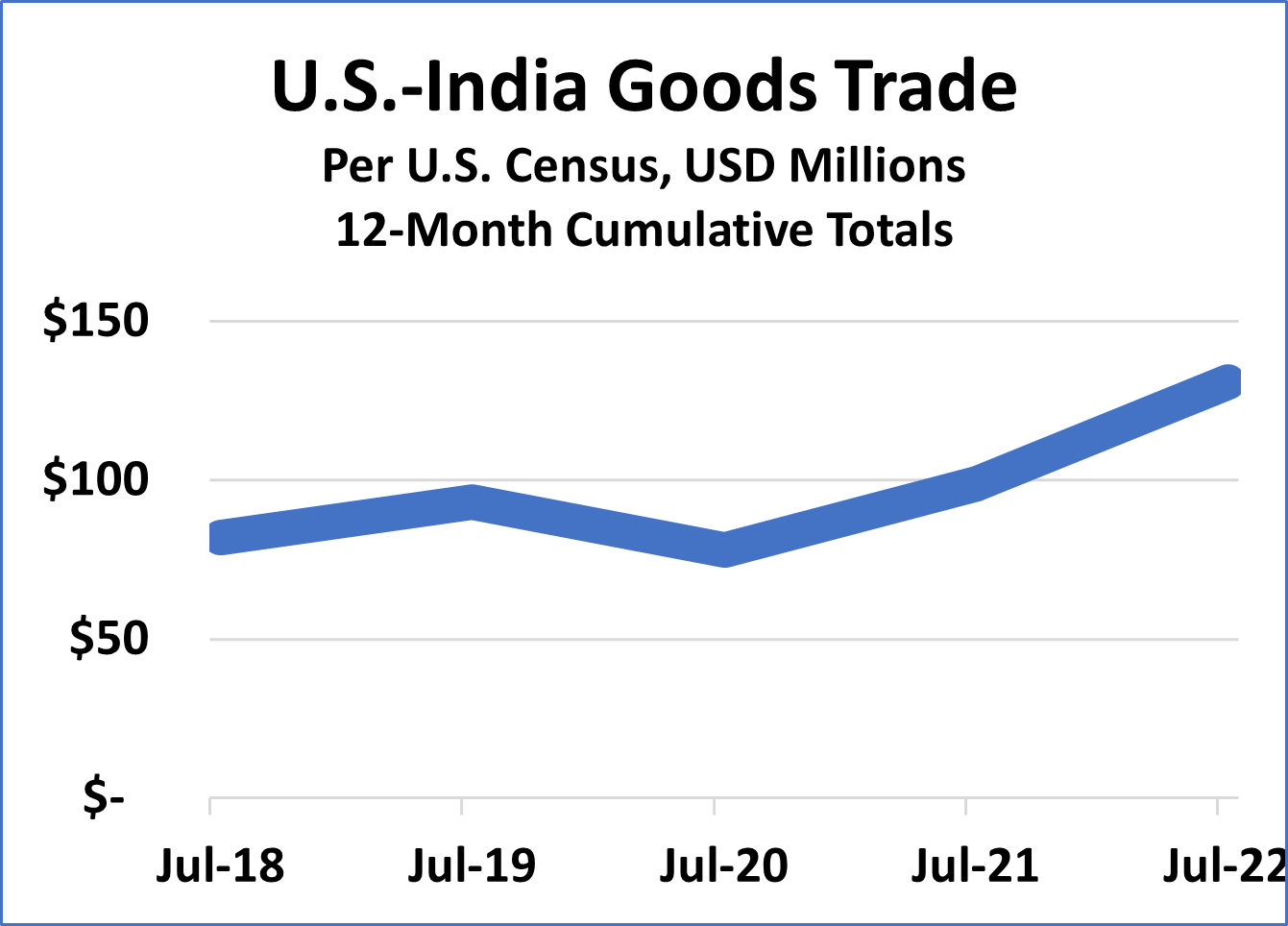 There are two very different ways to look at the state of U.S.-India commercial relations. On the positive side, actual trade and investment is booming. U.S. goods trade with India totaled $130 billion in the 12 months through July 2022, up 33 percent year-over-year. U.S. exports to India and imports from India both grew at about the same pace. Apart from goods trade flows, India has attracted $61 billion in foreign direct investment (FDI) in the 12 months through July 2022. While this is down from the mid-2021 peak, it is well above India’s historical average.

However, these positive numbers hide a range of pain points that have emerged in recent years. India has a stated goal to expand its manufacturing base from 15 percent in 2014 to a target of 25 percent by 2025. A manufacturing boom will help India reduce reliance on imports, improve the nation’s trade balance, and increase employment opportunities—in particular for low-skilled agriculture workers looking to improve their incomes.

In addition to much-needed domestic regulatory reforms such as the introduction of the Goods and Services Tax (GST), the Modi government has employed a range of protectionist policies as part of its toolkit to expand domestic manufacturing. Over the last eight years, India has steadily increased customs duties, expanded local manufacturing mandates, expanded local testing regulations that have slowed imports in some sectors, and adopted price controls on products that tend to hit foreign firms the hardest.

As a result, the tenor of U.S.-India commercial talks soured. The Trump administration lashed out with countermeasures against India. Most notably, the United States revoked India’s trade benefits under the Generalized System of Preferences (GSP) program in March 2019. India was hit with a globally applied set of tariffs on steel and aluminum in March 2018. Due to these tariffs, India imposed retaliatory tariffs on 28 U.S. exports in July 2019.

Both sides have longer lists of new commercial policy grievances that did not result in such direct actions. An inexhaustive list would include:

Since the start of the Biden administration in January 2021, both sides have held back on initiating new trade penalties against the other. A June 2021 step by the Office of the U.S. Trade Representative (USTR) to impose taxes on India for a new digital services tax was put into abeyance as it was announced. Some modest market access gains were announced in November 2021 , largely related to agriculture trade. Other important commercial forums like the U.S.-India Commercial Dialogue and the U.S.-India CEO Forum have yet to hold principal-level meetings since the Biden administration came to office.

However, the existing disputes are largely unresolved. And the companies that bear the burden of the steps outlined above are not satiated. The “mini trade deal” languishes due to the inability of the U.S. Congress to renew the authorization of the GSP program . Without GSP, the United States’ main negotiating leverage for this mini deal is not on the table. The chance for a new round in this trade fight lingers—and our nations do not have a single operational platform to talk aspirationally about the commercial relationship.

Ray Vickery, The US and India: Democracy and Strategic Autonomy, The Diplomat

India’s G20 presidency a chance to bridge the global divide between countries: Observers
CNA | Fabian Koch
December 1, 2022
In the News 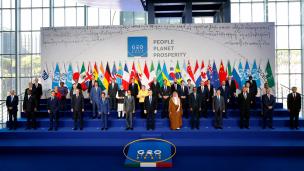