This report offers a compelling vision and a concrete work plan for a new administration in the United States and—quite possibly—a new government in Japan as well. Building on his decades of experience working on U.S.-Japan relations as a Japanese labor union official, diplomat, and politician in the opposition Democratic Party of Japan (DPJ), the author brings a unique perspective to the topic, reflected in the pragmatism of the recommendations and the broad bipartisan appeal of his overall approach. These are recommendations that one can imagine John McCain or Barack Obama—and Taro Aso or Ichiro Ozawa—picking up as a concrete guide for bilateral relations.

The U.S.-Japan alliance has many strengths at present. Opinion polls about Japan in the United States have never been more positive. Given the rise of China, the North Korean nuclear challenge, the war on terror, the financial crisis, and the global issues highlighted by Wakabayashi, it is clear to the publics in both nations that the United States and Japan need each other more than ever before. But the reality is that the next U.S. administration will be heavily focused on Iraq, Iran, and Afghanistan and will likely face a period of diminished resources because of the current financial crisis. Meanwhile, Japanese politics are entering a period of fluidity and uncertainty. It is therefore essential that alliance managers on both sides of the Pacific put in place a framework for cooperation that will ensure continued high-level coordination and strategic dialogue. Wakabayashi has presented an important starting point.

Downloads
The U.S.-Japan Alliance
Written By 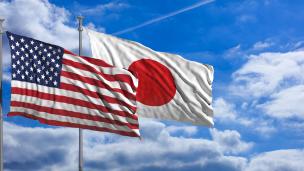 CSIS Press Call: Looking Forward: What’s on the Horizon for Covid-19 and the WHO
April 15, 2020
Commentary 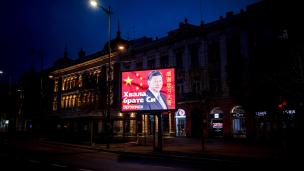 The Pandemic Won’t Make China the World’s Leader
By Michael J. Green
April 15, 2020
In the News 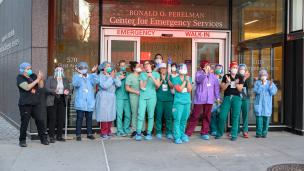 U.S. Buys Masks From China While Criticizing It For COVID-19
NPR | Morning Edition
April 1, 2020
View all content by this expert