This timely study examines the Defense Department’s FY 2017 budget proposal for the size and shape of military forces; what that proposal means for cost, strategy, and risk; and challenges the proposal faces in implementation. The study covers all four military services plus government civilians, contractors, and department-wide initiatives.

The three themes emerge about forces this year: stable plans, disruptive threats, and strategic inflection points: (1) Stable plans refers to the fact that the Obama administration in its last year in office is playing out the strategic approach that it established in the 2014 Quadrennial Defense Review (QDR). (2) Disruptive threats refers to events that have occurred since the 2014 QDR, that were not fully foreseen and that, as a result, upset its strategic vision—in particular, the rise of an aggressive and irredentist Russia, an increasingly assertive China, and ISIS attacks both in the Middle East and globally. (3) Strategic inflection points refer to the installation of a new administration in January 2017 and its charting of a new direction. Outside advice already abounds about what the new administration should do. One thing is clear: the days of speculating about how low forces might be cut are over. A consensus has developed that threats are growing and forces need to grow to meet them. Structure is at its low point, and any changes will be on the up side (assuming continuing budget deals to avoid sequestration). 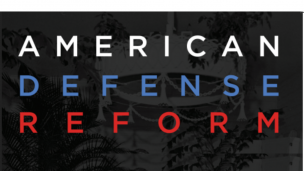