Afghanistan is heading toward a humanitarian catastrophe. As the international community assesses the legitimacy of assurances by the Taliban permitting humanitarian access, a lack of clarity regarding sanctions by the United States continues to challenge the humanitarian response effort. Limited financial access stemming from frozen foreign assets, uncertainty over the scope of licenses granted by the Department of the Treasury, and concerns for humanitarian engagement with the Taliban are some of these byproducts. The United States should continue to clarify the scope of the broad general licenses permitting humanitarian and civil society activities to meet basic human needs for the Afghan population. Given the fluidity of the situation and liquidity crisis in Afghanistan, the U.S. government, in cooperation with other international partners, should also immediately establish a safe payment channel for humanitarian and civil society organizations and financial institutions to move urgently needed funds into Afghanistan.

Q1: What is the current humanitarian picture in Afghanistan?

A1: The humanitarian situation in Afghanistan is rapidly worsening. Prior to the Taliban’s takeover on August 15, Afghanistan was mired in overlapping humanitarian crises, including multiple Covid-19 waves, violent conflict, climactic changes, and a drought. The Taliban’s return to power—and the ensuing political instability—has compounded these challenges, resulting in the United Nations launching a flash appeal on September 13 for $606 million for the rest of 2021. At the first high-level conference since then, donors pledged a total of $1.2 billion, exceeding the requirements of the flash appeal. UN secretary-general António Guterres emphasized the urgent need to prioritize saving lives and livelihoods in this uncertain environment.

Over 18.4 million people need humanitarian assistance and more than 30 percent of the population (12.2 million people) are facing emergency or crisis levels of food insecurity, with half of all children under five facing acute malnutrition. This rise in food insecurity can be partially attributed to rising food and fuel prices, disappearing jobs, and the drought-induced destruction of 40 percent of the country’s wheat crop. In the first half of 2021, there were 5,183 civilian casualties and injuries, with a sharp increase between May and June following the withdrawal of international military forces and an uptick in fighting; more than 4 in every 10 civilian casualties were women and children. Additionally, at least 570,000 individuals have fled from conflict in 2021, while a record 757,000 Afghans were deported or returned from neighboring countries between January and August, despite suboptimal return conditions.

Attacks against humanitarian workers and infrastructure continue to pose a significant threat to the delivery of critical services. According to the United Nations Office for the Coordination of Humanitarian Affairs, in the first eight months of 2021, at least 32 aid workers were killed, 86 injured, and 55 abducted. More than 200,000 individuals lack access to healthcare facilities and at least 927 schools have been closed due to violent attacks.

Lastly, the Taliban continue to restrict the activities of women and girls. Despite public assurances about upholding women’s rights, the United Nations High Commissioner for Human Rights, Michelle Bachelet, stated on September 13 that women are progressively being excluded from Afghanistan’s public sphere. There are credible reports that the Taliban have prohibited women from working and entering public spaces without a male chaperone. Female aid workers also face hurdles from unclear or restrictive stances by the Taliban and other local government authorities, hindering their ability to engage in the humanitarian response, including through assessments, distributions, service provisions, and other monitoring activities. This problem is particularly acute in the northwest provinces and parts of the southeast.

According to the United Nations Development Programme’s most recent assessment, Afghanistan is heading toward universal poverty. As much as 97 percent of the population is at risk of falling below the poverty line by mid-2022—compared to the current poverty rate of 72 percent—unless the country’s political and economic crises are curtailed. The ramifications of the Taliban’s takeover are accelerating these crises, particularly through frozen foreign reserves, collapsing public finances, and increasing pressure on the banking system.

Q2: How are sanctions complicating the humanitarian response?

A2: Preexisting sanctions by the United States are complicating an already extremely challenging operational environment for humanitarian actors in Afghanistan. First, there is pervasive uncertainty over how to treat the Taliban as a sanctioned entity now that they are the de facto government of Afghanistan. The United States lists the Taliban as a Specially Designated Terrorist Group (SDGT), meaning that U.S. persons (and others given U.S. secondary sanctions) are prohibited from any dealings with the group or they potentially face civil and criminal penalties. According to Adam Smith, the central question now is how the SDGT designation presently applies to the Taliban, given that there is a lack of consensus over who, and what, constitutes the Taliban. Specifically, there is legal uncertainty about whether sanctions apply to self-identified members of the Taliban or to the totality of the Afghan government. Given that principled humanitarian assistance requires engagement with all parties to a conflict to secure access to the civilian population, the answer to this question has serious implications for humanitarian organizations, including financial institutions who provide banking services. The fact that many acting Taliban officials are on UN or U.S. sanctions lists adds to the uncertainty as to whether entire ministries led by these individuals are also subject to sanctions.

Further complicating the situation, countries implement sanctions differently, with the European Union and the United Kingdom more closely aligning with UN sanctions, while the United States is more expansive in its scope. There is need for coordinated international responses and guidance. In light of this continuing uncertainty, financial institutions are de-risking, which entails refusing or delaying the transfer of funds to humanitarian agencies out of fear of running afoul of sanctions and anti-money laundering and countering the financing of terrorism regulations. Concerns over reputational harm, potentially invasive audits by regulators, and the rare—but possible—chance of civil and criminal penalties should a transaction directly aid the Taliban are pushing banks to avoid these risks instead of managing them. The chilling effect leads to disruptions of financial services and forces nongovernmental organizations (NGOs) to scale back operations due to a lack of project funding, service availability and staff salaries, disrupted supply chains, and altered business transactions—with meaningful effects for civilians who rely on these services. According to Sue Eckert, despite the Treasury’s Office of Foreign Assets Control (OFAC) 2014 nonenforcement policy—which assures humanitarian organizations that their work will not be the basis for enforcement actions should something go awry—de-risking by banks continues. Policies are different from legal protection, leaving banks with less confidence to engage.

Finally, there is a lack of clarity over the scope and scale of authorizations provided. OFAC issued two new general licenses on September 24 for humanitarian assistance or other activities that support basic human needs to Afghanistan, which are very welcomed and helpful to many NGOs. However, it is unclear if they apply to the broad ranges of civil society programs benefiting Afghans that the international community has put in place over the past 20 years. All agree that no support should be provided to the Taliban, but it is important that other activities should be permitted to continue. According to Basma Alloush, even when humanitarian exemptions are included in sanctions, it can be difficult to understand the practical implications for aid organizations operating in the host country. Better understanding these restrictions and carveouts requires resources, time, and highly specialized legal advice. Many organizations—particularly smaller Afghan-led entities that often provide the last mile of delivery for international assistance—may not have access to these means, forcing some to stop programming altogether instead of risking sanctions violations.

Q3: What short- and long-term solutions are available to address these challenges?

A3: The Biden administration has been supportive of NGOs providing their vital programming in Afghanistan, but verbal assurances and encouragement to NGOs to continue humanitarian-related activities are insufficient given the legal implications and heightened attention. In the short term, the United States should be forward-leaning and provide broad grants of authority and legal certainty to financial institutions, including banks and money transfer organizations, international organizations, and humanitarian actors. This should happen in two ways.

First, OFAC should continue to broaden and clarify the scope of general licenses granted for Afghanistan. These licenses authorize certain transactions with sanctioned entities that would otherwise be prohibited and require meeting certain criteria, as opposed to specific licenses that are often unique to organizations or projects and require prior written approval. The new general licenses are an important first step. However, additional broad-stroke authority for humanitarian and development programs to continue is the most expeditious way to ensure Afghan civilians continue to receive vital assistance. Second, the United States should clarify to whom the sanctions apply: Since the Taliban is the de facto government, do sanctions apply broadly to the entirety of the government, or just the designated ministers? And if a minister is sanctioned, does that mean any dealings with their ministry are prohibited? Further clarifications and legal protection, including comfort letters to financial institutions, are necessary for payments to be processed in support of these programs. Providing these parties with official assurance that there will not be civil or criminal penalties if they follow due diligence best practices could go a long way toward mitigating bank de-risking.

In the near term, however, because of the financial crises within Afghanistan, a safe financial access channel should be established to support humanitarian-related programming in Afghanistan. The U.S. government, together with international partners, financial institutions, and NGOs, needs to devise a system to move funds safely that ensures risk-sharing. These discussions need to address the structural deficiencies in the current system, while figuring out how to better ensure the short-term safe passage of funds, goods, and services.

Q4: What are some roadblocks to these solutions?

A4: The primary roadblocks are bureaucratic and political impediments. Bureaucratically, granting authorizations through general licenses or broad exceptions and creating a financial access channel both take time, significant effort, and political will that are subject to the pace of bureaucratic processes. Thus, delays are inevitable and may thwart the timely implementation of these measures. Politically, the highly sensitive nature of this situation may prolong a decision on future engagement between the United States and the Taliban. As mentioned earlier, the quicker these essential decisions are made, the sooner NGOs can resume their critical work. However, if the United States decides to condition assistance to Afghanistan, against the wish of humanitarian actors and other states, obstacles will impede an effective response.

Additionally, the United States should work to ensure that humanitarian assistance does not become politicized. While a temporarily pause of bilateral assistance is warranted, it is imperative that it remains just that: a temporary pause. The longer the international community takes in deciding how to proceed with the Taliban, the greater the likelihood of a humanitarian catastrophe. If countries condition aid to the government of Afghanistan under Taliban control, donors need to ensure that direct funding continues to humanitarian and other civil society organizations.

This piece was made possible by the generous support of the U.S. Agency for International Development. 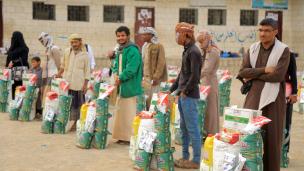 Adapting Aid and Intervention in Yemen
December 7, 2022
On Demand Event 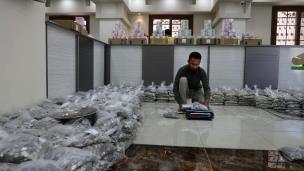 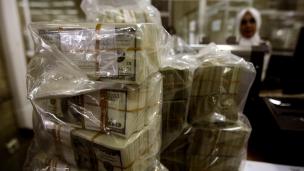 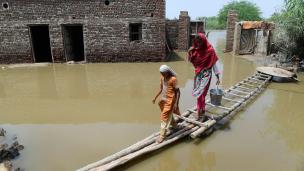 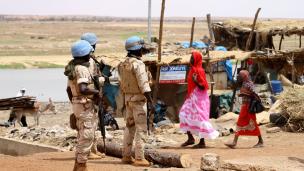 'People are starving and thirsty': As the US sends aid to Ukraine, some say it's not flowing fast enough
USA Today | Maureen Groppe, Anna Nemtsova
July 18, 2022
View all content by this expert