Southeast Asian nations continue to seek help from international partners to cope with the coronavirus pandemic, particularly in securing access to vaccines. China is eagerly answering the call. The United States, by contrast, has been a non-factor in the region’s early vaccine diplomacy. This absence fuels a false narrative that a battered and insular United States cannot help lead the world out of this crisis. It also heightens fears that some Southeast Asian governments could find Chinese vaccines their only options, at least for a while, and that Beijing might take advantage of this fact to demand onerous political or economic concessions.

From January 11 to 16, Foreign Minister Wang Yi of China toured four countries in the region: Myanmar, Indonesia, Brunei, and the Philippines. Since October, he has visited every country in Southeast Asia except Vietnam. At each of his stops, Wang coupled promises of Chinese vaccine access with other foreign policy priorities, including advancing major projects under China’s Belt and Road Initiative (BRI), which have been stalled amid the pandemic.

In his visit to the Philippines, Wang promised half a million doses of Covid-19 vaccines along with $1.3 billion in loans and $77 million in grants for infrastructure projects. China has pledged billions of dollars for infrastructure investment in the Philippines since President Rodrigo Duterte came to office in 2016, but almost none of those projects have gotten off the ground.

In Indonesia, Wang reaffirmed Beijing’s commitment to help Indonesia become a manufacturing hub for Chinese vaccines. Indonesia has already received 3 million doses of the Chinese-made Sinovac vaccine and enough raw materials to produce 15 million more. During his visit, Wang signaled China’s readiness to speed up completion of the Jakarta-Bandung high speed railway, a landmark BRI project. Wang also came away with an initial agreement on internet security and technology cooperation.

In Myanmar, Wang promised to provide 300,000 doses of coronavirus vaccine. The day before his visit, Myanmar and China agreed to conduct a feasibility study on a railway project linking Mandalay with the port of Kyaukphyu, which is being developed by China. The railway is a critical component of an envisioned China-Myanmar Economic Corridor connecting Yunnan Province to the Indian Ocean by road, rail, and pipeline.

This diplomatic push by China, coming just days before Joe Biden was inaugurated as president on January 20, seemed in part timed to preempt any shifts in U.S. policy toward Southeast Asia. It certainly helped remind regional governments that Beijing has an outsized role to play in their early access to vaccines. The same is true of infrastructure investment, which is of particular importance to governments struggling to jumpstart economies devastated by the pandemic.

Southeast Asia does have alternative vaccine options, but those are proving harder to come by. Most governments in the region are pursuing a diverse supply, both to ensure sufficient doses as quickly as possible and to avoid the political pitfalls of overreliance on Beijing. The Philippines recently approved emergency use of Pfizer’s vaccine (though it has not actually secured any doses) and finalized deals for 50 million doses of U.S.-developed vaccines from Novavax and Moderna, 30 million of India’s Covavax, and 20 million doses of UK-based AstraZeneca’s vaccine. The story is similar in Indonesia, Malaysia, and Thailand. Vietnam, Singapore, and Thailand are further hedging their bets by developing domestic vaccines. Vietnam, the furthest along, has two candidates. Its Nanocovax vaccine may be ready to deliver to the general public in the second half of 2021, while Covivac is slated to begin stage one trials next month. But with the United States, Europe, and other wealthy countries claiming the lion’s share of preorders for Pfizer and Moderna, Sinovac is the first vaccine to get into arms in most of Southeast Asia, likely to be followed by AstraZeneca.

Washington cannot dictate where private U.S. companies should sell vaccines. And with the coronavirus pandemic raging at home, the Biden administration must focus on addressing domestic needs first. That gives China a significant advantage in the emerging “vaccine diplomacy” that will color the next phase of competition for influence in the region. But publics across Southeast Asia evince a strong preference for U.S. and European vaccines, especially since the news that Sinovac trials in Brazil showed an efficacy of just 50.4 percent. Johnson & Johnson’s forthcoming single-shot vaccine can be stored at normal refrigeration temperatures and, assuming sufficient efficacy, offers great promise for vaccination efforts beyond urban centers.

In a very positive sign, Secretary of State Antony Blinken has committed to support the World Health Organization-led COVAX facility, which will help purchase and distribute vaccines to developing countries. The U.S. government could also support regional efforts like the Asian Development Bank’s Asia Pacific Vaccine Access Facility (APVAX). Southeast Asian governments will need access to all the options on the table, and many still in development, to overcome Covid-19 without falling into an unhealthy overreliance on China’s goodwill.

China may have been first out of the gate in much of Southeast Asia, but the region’s vaccination campaigns will require years of support from international partners. The United States, alongside Australia, India, Japan, and Europe, can and should play a leading role. For Washington, that means supporting global and regional vaccination efforts like COVAX and APVAX while prepping direct support programs to launch when the United States has overcome the crisis at home. By doing so, the Biden administration can kill two birds with one stone. It can reassert U.S. international leadership by delivering public goods to partners in need. And it can ensure Southeast Asian governments have the leverage to say “no” if Beijing makes vaccine access dependent on other concessions.

Gregory B. Poling is senior fellow for Southeast Asia and director of the Asia Maritime Transparency Initiative at the Center for Strategic and International Studies (CSIS) in Washington, D.C. Simon Tran Hudes is a research associate for the CSIS Southeast Asia Program. 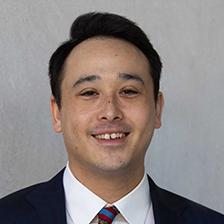 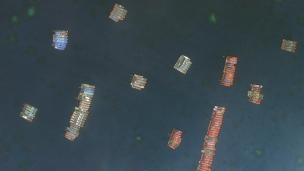 Pulling Back the Curtain on China’s Maritime Militia
By Gregory B. Poling, Harrison Prétat
November 18, 2021
View all content by this expert