Venezuela is among the top 10 most biodiverse countries in the world. Venezuelan Amazonia is well known for its tabletop mountains called tepuys, lowland tropical forest, and a whole range of ecosystems along an elevational gradient up to 3,000 meters above sea level. These features make Venezuela unique among the well-known, larger Amazonian countries such as Brazil. Yet, few people inside and outside of Venezuela know of this biodiversity. Indeed, Venezuelans have traditionally tended to focus on the north and its vast oil reserves rather than the south of the country. 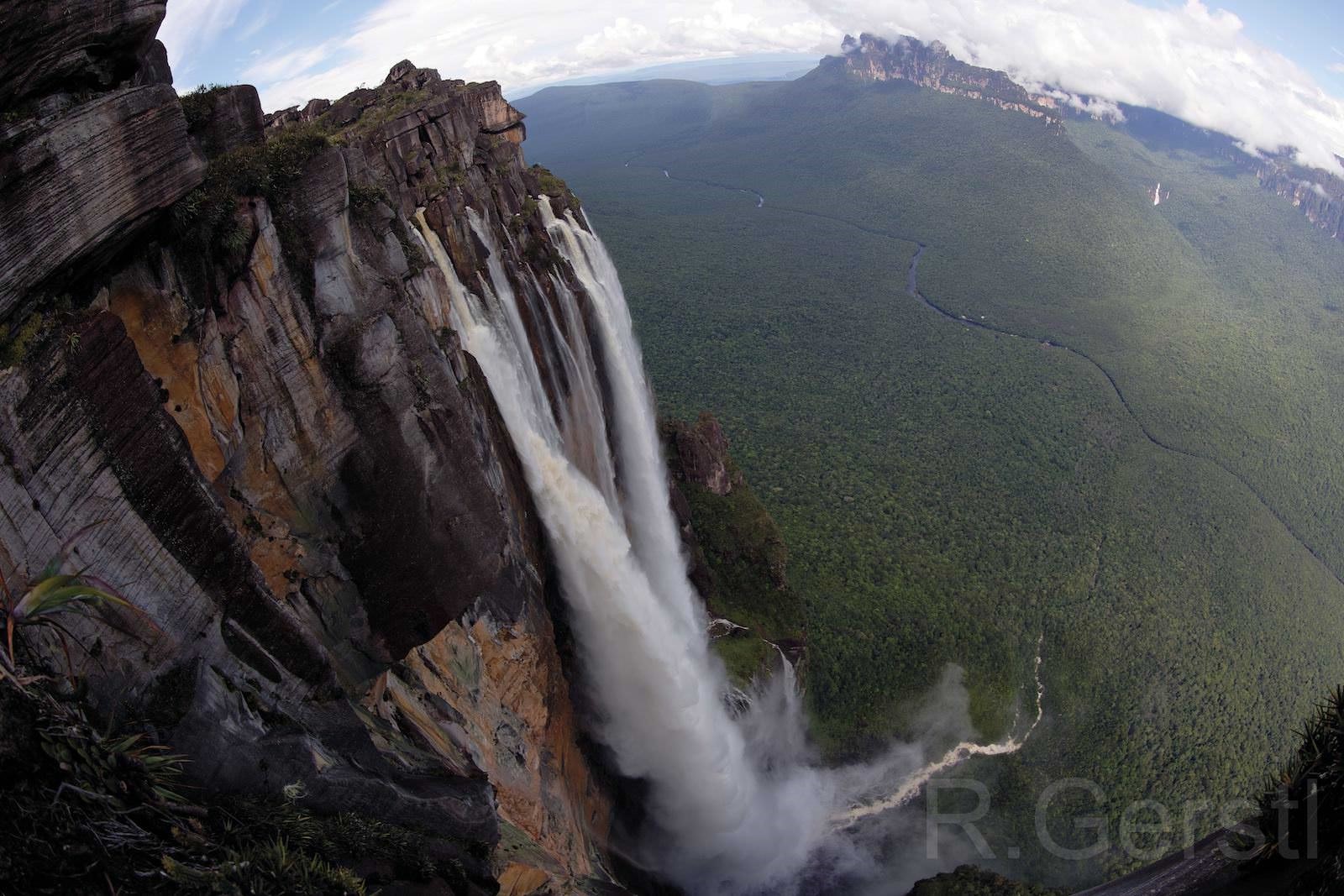 Now the Maduro regime is rapidly exploiting Venezuela’s mineral resources, causing widespread environmental degradation and closing the window of opportunity for the international community to protect the country’s portion of the Amazon.

Prior to Hugo Chavez and Nicolás Maduro, this impressive biodiversity was effectively protected by what was most likely Latin America’s most conservationist policy for an Amazonian region. Throughout the latter half of the twentieth century, successive Venezuelan governments established 29 protected areas, including 8 national parks, 2 biosphere reserves, and 19 natural monuments, effectively protecting 70 percent of southern Venezuela—a vast area of pristine forests, a mosaic of other rare and unique vegetational types, and large areas of indigenous peoples’ ancestral territories.

Unfortunately, the progressive collapse of the oil-based economy has pushed the Maduro regime to exploit the precious mineral resources that lie south of the Orinoco River, which historically had only been exploited in small-scale or artisanal mines. In 2016, the Maduro regime bypassed the legislative process by promulgating the Arco Minero del Orinoco (Orinoco Mining Arc) executive decree. In doing so, the regime opened 12 percent of Venezuela’s territory—an area the size of Portugal—to mining for gold, diamonds, coltan, and rare earth metals such as uranium, nickel, and titanium.

Although the Orinoco Mining Arc gives the outward appearance of having a well-delimited geographical scope, the reality is that it is a policy that has sparked and promoted a gold rush spreading far beyond the arc. This includes pristine national parks such as Canaima National Park, a World Heritage Site, and home to Angel Falls, where 59 illegal mining clusters, within which there are dozens of individual sites, have flourished in the last three years,

This mining policy is leading to obvious environmental degradation through deforestation, sedimentation, and mercury poisoning of pristine rivers, and desertification of large swaths of Amazonian forests. Moreover, as mining has proliferated, it has caused an increase in vector-borne diseases such as malaria, as well as mercury poisoning. The policy has also effectively promoted trafficking in persons, violence between armed groups, slave labor, child labor, prostitution, and a deeply troubling dismantling of indigenous social structures, with countless silent—and not so silent—killings of indigenous and non-indigenous people. 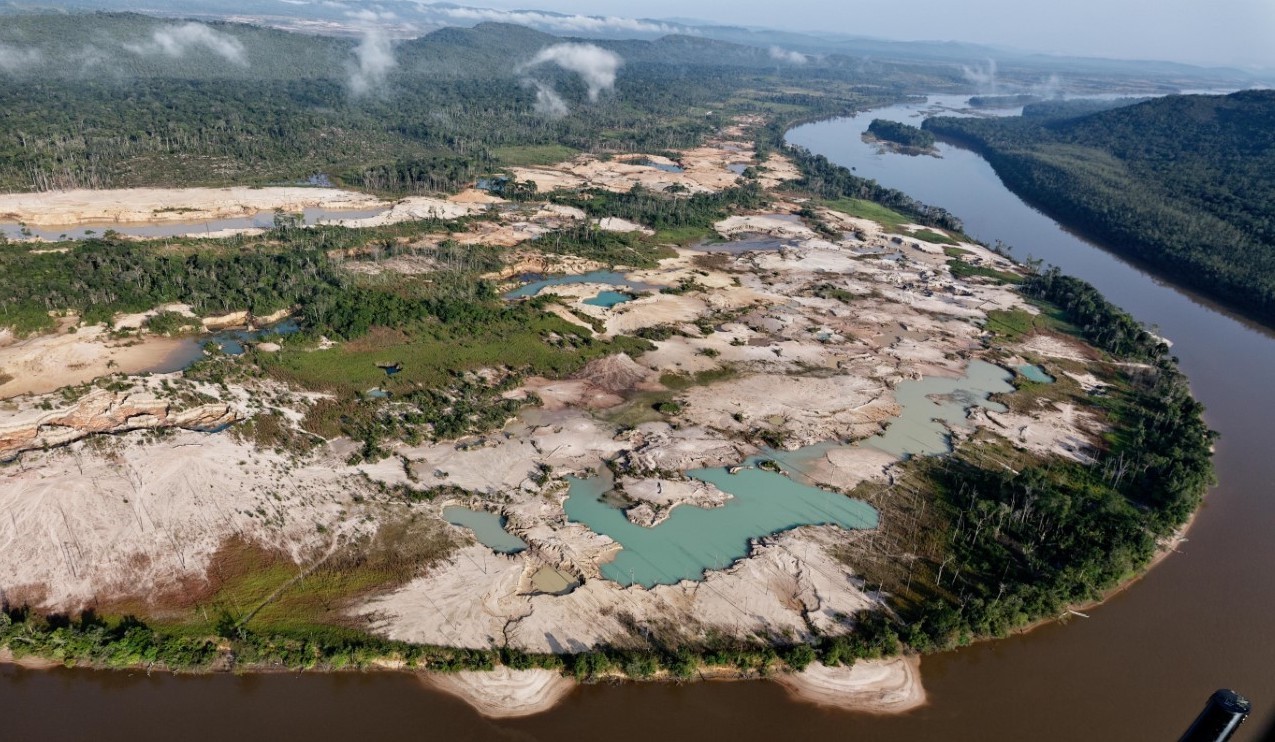 Mining sites have proliferated along the Caroní River. This photograph was provided by SOSOrinoco.

Responding to Environmental and Security Threats

Illegal mining in southern Venezuela has become a key source of revenue for the dictatorial Maduro regime, which is seemingly unconcerned that this gold rush is destroying the environment and causing a health crisis, human rights violations, lawlessness, and loss of national sovereignty in more than 60 percent of the territory. The mining sector has been converted into an organized crime scheme that involves all levels of Venezuela’s political and military power structure. Top civilian and military officials are being rewarded, and loyalties bought, by a desperate regime that is indiscriminately parceling out access to this vast wealth. Mines are intensifying and expanding at an alarming rate and are operated by state and non-state actors, including the National Liberation Army (ELN) and the Revolutionary Armed Forces of Colombia (FARC) dissidents, whose operational presence in Venezuela is by agreement with the Maduro regime.

The emerging threats to security and destabilization in neighboring countries, including Colombia, Brazil, the Dutch Caribbean, and Guyana, cannot be analyzed or understood without considering the role of Venezuela’s mineral wealth and its fragile environment. The speed at which this tragedy is evolving will surely define the possibility of a future transition in Venezuela, the governability of such a transition, and the stability of the region.

We are, therefore, in a race against time and organized crime to prevent further devastation of the Venezuelan Amazon and an increase in mineral conflicts that will, sooner rather than later, impact neighboring countries and the hemisphere.

Venezuela’s neighbors, transit countries, the European Union, the United States, Norway, and international environmental and human rights NGOs should not allow a fight for mineral wealth to take hold in Venezuela, as it will likely further worsen the stability of the state and further damage the Amazon. A failed state, festering in the same hemisphere as the United States, blessed with desirable natural resources and lacking a stable government is certain prey for many and a legitimate cause for concern for others.

Cristina Vollmer Burelli is a senior associate (non-resident) with the Americas Program at the Center for Strategic and International Studies in Washington, D.C.