On January 10, 2019, Nicolas Maduro assumed the Venezuelan presidency amid widespread rejection of his legitimacy as Venezuela’s president, with more than 50 countries rejecting the results of the elections held in May 2018. Many of these countries, including all members of the Lima Group except for Mexico, are instead moving toward recognizing the National Assembly as the only legitimate institution left to lead Venezuela towards democracy.

As president of the National Assembly, the only elected and legitimate power to represent the Venezuelan people, I have a responsibility to Venezuela: I stand by the Constitution and its Articles 233, 333 and 350, which gives me the legitimacy to exercise the office of the presidency of the Republic, to call free elections and summon the people, the armed forces and the international community to make it a reality. – Juan Guaidó, January 11, 2019

From a constitutional, humanitarian, and democratic perspective—and according to international law—there is no option left for the international community but to recognize Guaidó as the interim president of Venezuela. If Juan Guaidó and the National Assembly can combine external recognition and support with that of the Venezuelan people and its military, Nicolas Maduro will be left with nothing but his name on a door in the Miraflores Palace to support his claim to the Venezuelan presidency.

The path to restoring Venezuela’s democracy and stability will undoubtedly be long and arduous. Nevertheless, it is clear what steps need to be taken.

First, the National Assembly must begin coordinating with international organizations to facilitate the provision of humanitarian aid to the Venezuelan people. They must name a civil society actor such as the Catholic Church or a UN agency—in conjunction with an organized Venezuelan diaspora organization—to distribute aid and take steps to ensure that the aid reaches the intended recipients.

Second, the National Assembly must develop a strategy for addressing the security situation the country currently faces. This means working with the military—once it has been brought under the control of the National Assembly—and international organizations to address the threats posed by non-state actors such as colectivos, drug cartels, and the Colombian guerrilla groups.

Only once the humanitarian and security situations in Venezuela have been stabilized and Guaidó is widely recognized in his role as interim president of Venezuela will the National Assembly be able to begin its final task, holding elections. According to Article 233 of the Venezuelan Constitution, Guaidó is required to hold these elections within 30 days of assuming office. Realistically, that is not possible; the writers of the Venezuelan constitution could not possibly have predicted that the government would experience such a prolonged, catastrophic collapse, and thus did not include a contingency plan for a situation such as the one facing Venezuela today.

Instead, Guaidó must focus on establishing the conditions on the ground necessary for holding new elections by the end of his term as President of the National Assembly: January 5, 2020. To do so, the National Assembly will need to create a new electoral authority to replace the corrupt National Electoral Council (Consejo Nacional Electoral; CNE). This institution, with the support and oversight of international organizations such as the Organization of American States (OAS) and the UN, will be charged with organizing the necessary logistics and infrastructure to hold elections for a new, legitimate president. 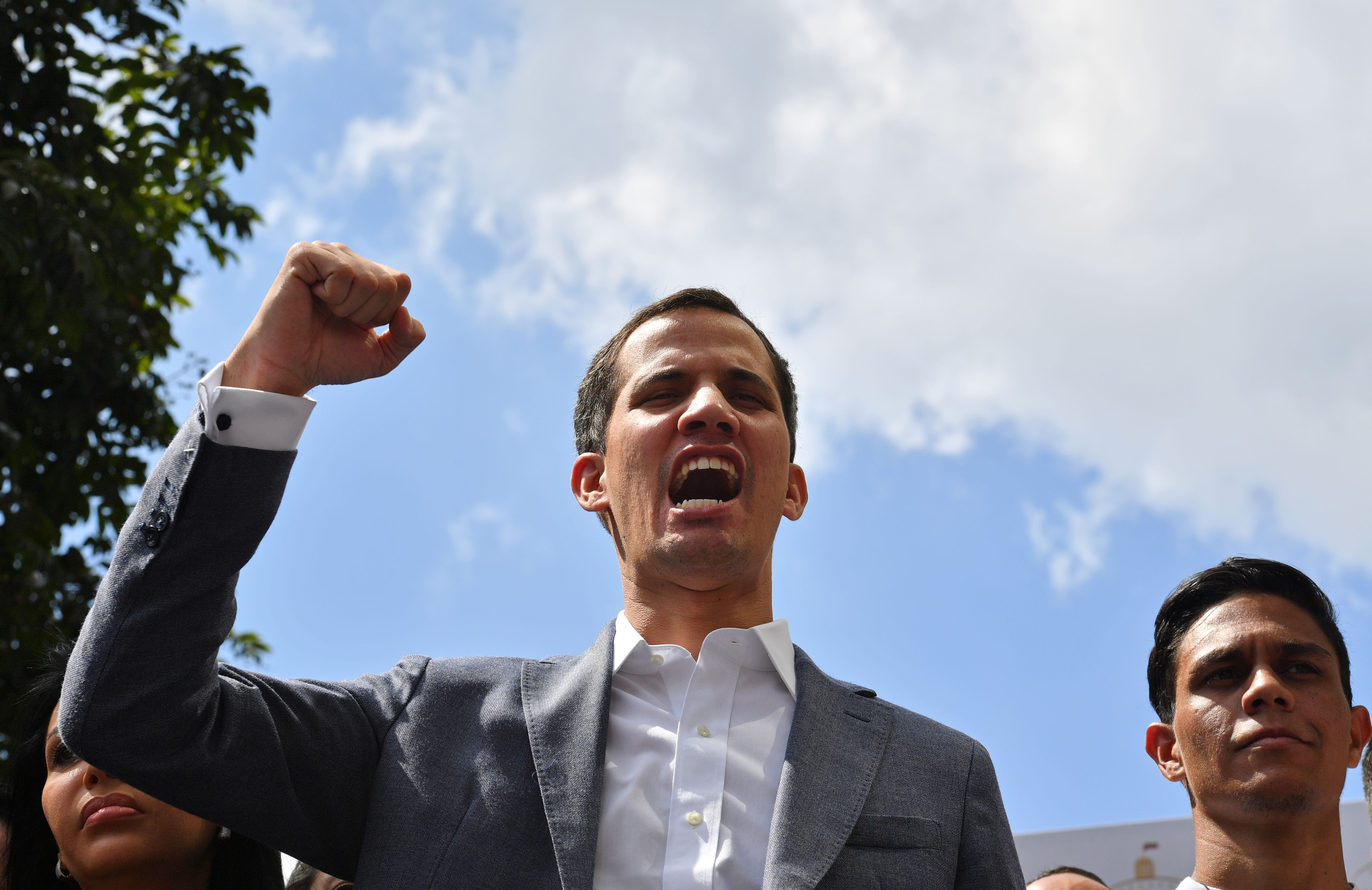 Fostering Sustainability in the Long Term

Once Venezuela has a legitimate democratically-elected government in place, the real work will begin. The new administration will face the challenges of institutionalizing long-term social programs, establishing the foundations for long-term economic development, developing legitimate and transparent security institutions, restoring law and order, rebuilding Venezuela’s institutions, providing transitional justice, and supporting the Venezuelan diaspora as it returns home.

Social Well-Being
One of the most serious social issues facing Venezuela today is food insecurity. Venezuelans reportedly lost 24 pounds on average in 2017, and close to 280,000 children are at risk of dying due to malnutrition. By encouraging development in the agricultural sector and eliminating distortive market controls, the new Venezuelan government can ensure food security in the decades to come.

Economic Development
The statistics on Venezuela’s economic crisis are well-known at this point; inflation reached over 1 million percent in 2018 and will likely rise to about 10 million percent in 2019 unless policies change. The new government must implement policies to address the economic crisis, including structural, macroeconomic, energy, and mining reforms to ensure Venezuela’s long-term economic stability.

Security
The mafia state that currently governs Venezuela has given rise to a wide array of security challenges. To address these challenges, comprehensive reforms of local and national security forces, the prison system, and the military will be necessary. The new government will also need to formulate and implement a comprehensive counter-narcotics strategy, working with the United States, Colombia, and other regional allies to confront the growing threat narcotraffickers pose to security and stability.

Law and Order
Under Maduro, the judicial system has become a weapon for controlling the population and punishing dissent. With the return of democracy, the judiciary must be depoliticized, and domestic and international human rights organizations must be allowed to resume their work. Once the legitimate Supreme Court—currently in exile —resumes its regular role, it will be critical in leading this process.

Institutions
The Maduro administration has become an extension of organized crime, allowing illicit networks to permeate all levels of Venezuela’s institutions. It will be incumbent on the new Venezuelan government to rebuild these institutions by establishing a new electoral system, restoring checks and balances, and establishing mechanisms to prevent and detect corruption. The use of decentralized technologies, such as public blockchains, will play a key role in ensuring that Venezuela’s government stays on the right path.

Transitional Justice
It will be incredibly important to engage in a national dialogue centered around truth and reconciliation, with broad participation by civil society. The National Assembly has already begun discussing amnesty policies aimed at encouraging current military and government officials to assist them in bringing about a transition. Nonetheless, the next government will be faced with the monumental task of creating national unity amid animosity and blame.

Returning Migrants and Refugees
Since 2015 more than 3 million Venezuelans have left the country, resulting in an unprecedented regional humanitarian crisis. Although many who fled may choose to stay in the countries where they have been living, it is likely some will embark on the reverse journey, returning to Venezuela. The new Venezuelan government will need to implement programs to reintegrate returned migrants, assisting them with job placement, housing, health, and even education for the many children who had fled. If these migrants are not successfully reintegrated, they may be at greater risk of becoming involved in criminal activity or of abandoning their country once again.

Venezuela’s road to recovery will not be easy, short, or simple. However, with the support of the international community, Juan Guaidó and the National Assembly as interim leaders have a unique opportunity to guide the essential first steps in the road to recovery—namely by providing urgently needed humanitarian relief, security, and finally giving Venezuelans a chance to use their voices in free and fair elections.

Moises Rendon is an associate fellow and associate director of the Americas Program at the Center for Strategic and International Studies in Washington, D.C. Mia Kazman is an intern with the CSIS Americas Program. 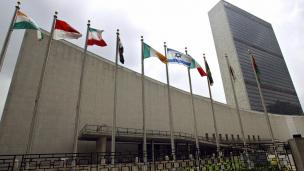 Online Event: Understanding the Role of the United Nations in Venezuela
August 3, 2020
On Demand Event 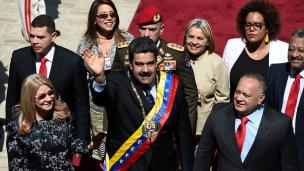 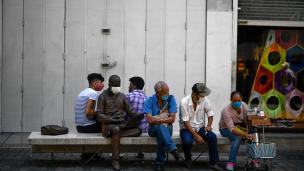 Can Sanctions on Venezuela Be Improved?
By Moises Rendon, Claudia Fernandez
June 22, 2020
On Demand Event 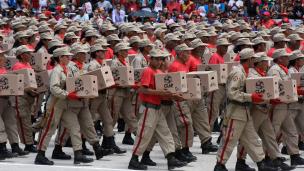 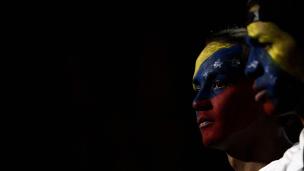 Potential Scenarios for Venezuela’s Future in 2020
By Alexandra Winkler, Moises Rendon
May 14, 2020
Report 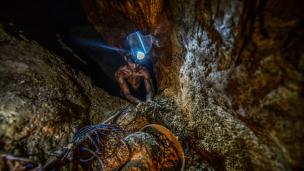 Illegal Mining in Venezuela: Death and Devastation in the Amazonas and Orinoco Regions
By Moises Rendon, Linnea Sandin
April 16, 2020
View all content by this expert