Vietnam’s controversial new cybersecurity law may dent the country’s well-honed image as a darling of foreign investors, particularly those operating in the information technology space. Since Vietnam took the leap of joining the high-standard Trans-Pacific Partnership in 2008, its neighbors like Thailand, Indonesia, and the Philippines had been anxious about Vietnam snaring deals from foreign companies looking to invest in Southeast Asia.

How much investment slows will probably depend on how rigorously Hanoi implements the new law. The Vietnam Digital Communication Association has warned that the law’s requirements could reduce foreign investment by 3.1 percent and slow economic growth by 1.7 percent.

The new law, approved on June 12, will require technology firms such as Google and Facebook to store personal data and open offices in Vietnam. The legislation also raised concerns about tighter controls over dissent by requiring that social media firms turn over personal data to the Ministry of Public Security when requested and remove content from their platforms within 24 hours if the government requests them to do so.

Companies like Facebook and Google are anxious that, depending on how the new regulations are implemented, they could face increasing numbers of requests asking for information about users. Requests could include subscriber information, their IP addresses and account information, including, for example, their online posts. IT companies do not want to be seen as serving as a surveillance program for the government against clients.

Since the draft cyber law was first circulated last year, several former senior officials such as Dang Huu, the former minister of science and technology; Chu Hao, the former vice minister of science and technology; and Mai Liem Truc, the former minister of telecommunications, publicly asked the National Assembly not to the pass the law. The Vietnam Chamber of Commerce and Industry and others business communities expressed concern about the law’s impact on economic growth and investment.

Economist Le Dang Doanh, who served as a senior adviser when the Communist Party launched its wide-ranging reforms in 1986, warns that the law raises “serious concerns on violating the basic freedoms of the people.” Doanh says the law contains “very vague formulations” on which people can be charged for posting “anti-government propaganda” or material that “incites violence and disturbs public security.”

Before the vote, the U.S. government had called on Vietnam’s National Assembly to postpone consideration of the legislation and review the draft bill to make sure it did not violate international standards which could limit the role the country could play down the road in digital innovation.

The new law goes into effect January 1 next year. Some observers wonder how the generally business-friendly government will respond if foreign IT companies ignore or refuse to comply with the new regulations.

Facebook is highly popular in Vietnam with some 52 million active accounts out of a population of about 96 million. By late last year, the government had requested that Google remove 2,300 YouTube clips that allegedly defamed the country’s leaders. The company complied by removing roughly 1,500 of them.

Vietnam has long applied fewer controls on the Internet than its communist counterparts in China. Hanoi for the most part has not shut down Facebook and Twitter or Gmail accounts like Beijing has. Vietnam also does not block the websites of newspapers like The New York Times as China does.

Sometimes Chinese officials and academics complain to foreign visitors that Vietnam does not do enough to control online content or rein in social media. Still, the two communist neighbors at least sometimes discuss their online strategies. In September 2017, China invited 21 Vietnamese security officials to China to study how Beijing manages information online and its relations with the media, according to Chinese sources.

Just days before the National Assembly vote, thousands of protestors took to the streets of Ho Chi Minh City and several other cities to condemn the draft legislation’s creation of new economic zones for foreign investors, which the demonstrators feared would open the door for Chinese companies. In some instances, these anti-China protests were joined by demonstrators condemning the new cyber law, saying it would rein in online dissent and hurt the country’s economy.

To let emotions cool down, the government decided to postpone a vote on the new economic zones until at least the end of the year. In 2014, when China placed a giant oil exploration rig off the coast of central Vietnam, massive protests erupted in which about two Chinese workers were killed, and more than 100 factories operated by Taiwanese and South Korean firms were destroyed or damaged.

Before the cyber law passed, Amnesty International warned that it would allow officials to force technology companies to turn over data that government censors would use to delete posts by users they found offensive. Human Rights Watch said the new law would hobble free speech.

Officials argued that the new law was necessary to tackle cybercrime and insisted it did not violate international norms. “Placing [a] data center in Vietnam increases the cost for businesses, but it is necessary to meet the cybersecurity need of the country,” Vo Trong Viet, who heads up the National Assembly’s defense and security committee which drafted the legislation, told lawmakers.

President Tran Dai Quang of Vietnam, who previously headed the country’s public security ministry, warned in a post on the government’s website that the new law was needed to avert “plots of hostile and reactionary forces” against the authorities.

Vietnamese officials are concerned that the internet could potentially cause political uncertainty, but attempts to rein it in with the new cyber law could bring some unwanted economic and social costs. For foreign firms, the new law could create a dilemma in which they are forced to choose between participating in one of Southeast Asia’s most dynamic economies and protecting the rights of their consumers.

Murray Hiebert is a senior associate with the Southeast Asia Program at the Center for Strategic and International Studies in Washington, D.C. 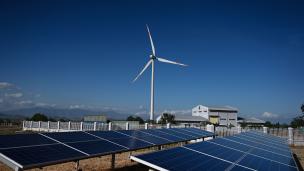 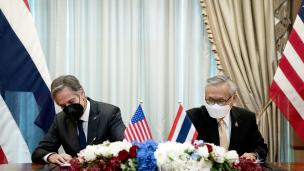