As We Start Moving Again, Let’s Do It Better

For a few weeks this spring, we stopped moving. Driving fell by almost 40 percent in April, flying by 96 percent, and public transit use by 70 to 90 percent. In a world built for movement, immobility was a welcome rest for some—but it also hurt, especially businesses like airlines, hotels, stores, and restaurants. We are now moving again, slowly, but we may never go back to where we were. And we shouldn’t. Instead, we should build a new system for people to move around—a system guided by six simple ideas.

The problem, to put it simply, is that people move too much in the United States, and they move inefficiently. The average American uses three times more energy in transportation than the average European, mostly due to urban sprawl, too many cars, and cars that are very inefficient. There are 50 percent more passenger cars per person in the United States than in Europe, and, for the same trip, a car in the United States uses around 45 percent more energy than a car in Europe. Carbon dioxide emissions from transportation are almost three times higher than in Europe, and road fatalities are more than twice as high (per capita).

This car-based system has accumulated over a century and will not go away soon. Therefore, the first priority is to make cars more efficient or electric. Fuel economy improved for 15 years after the late 1970s, but the gains since have been modest. Electric vehicles are still only about 2 percent of total sales. Both problems can be solved with tools we have used before: rules on what cars can be sold and help for consumers to buy cars that are more efficient or electric. We just need more of both.

A second goal is to help the U.S. auto industry make money from smaller, fuel-efficient cars, a goal that has proven elusive since the 1970s. During the last crisis, the government gave nearly $90 billion to automakers to support investments to make fuel-efficient cars or as broader economic help. Now, the Trump administration wants to relax the tighter standards that the industry was supposed to meet. We should, instead, nudge automakers, with money and penalties, to greater fuel efficiency.

Improving cars should be paired with a strategy to get people onto buses, metros, bikes, or their feet. Our third priority, then, should be to encourage density, which makes non-car mobility options viable. That the country faces a housing crisis is well known. Also well-known is the solution: build more houses, chiefly by changing the laws and practices that discourage multi-family units. In a country where a house equals wealth, policies to reduce housing costs are fraught. But there are plenty of cities around the country that solved this predicament. We need only copy their experience.

The fourth priority must be to reduce car use. The federal gasoline tax, unchanged since late 1993, is at the same level, adjusted for inflation, as in 1932, when the federal government first passed one. State gasoline taxes have not even kept up with inflation. Very few cities in the United States charge cars for congestion, and the rules for parking are far too permissive. The country spent $177 billion in 2017 on highways, while the system keeps cracking, and congestion gets worse. Our obsequity toward the car must stop.

To get people off cars, however, we need viable alternatives. Our fifth priority then should be public transit, a sector hit hard by Covid-19 and especially hurt by the idea, probably wrong, that riding a bus or a train is risky. In 1919, there were 15 billion trips on public transit, and that number has fallen, today, to 10 billion—a one-third decline while the population tripled. This is an equity issue: poor people and minorities use buses and subways more, and we need public transit to improve economic opportunity. We know what to do: focus on safety, affordability, frequency, ease, and integration. It just takes political will—and, often, does not even require extra money.

In a denser environment, our final priority should be to take space from cars—as many cities are doing in response to the crisis by closing streets to add bike likes or for pedestrians to walk, play, or dine. The benefits go beyond transportation: walking and biking, and even green spaces improve public health. The more places people can reach on foot or a short bike ride, the healthier they will be, and the more sustainable our transport system will become.

These six ideas are, at once, simple and difficult. Some are technically easy but politically hard. Others are made harder by the crisis, like saving public transit or countering urban sprawl, especially if people look for more space to support a teleworking lifestyle. But the old system was broken. The crisis has not upended that system, but it has undermined some of its core pillars. It is up to us to only fix what needs fixing and let the rest wither.

Nikos Tsafos is a senior fellow of the Energy Security and Climate Change Program at the Center for Strategic and International Studies in Washington, D.C. 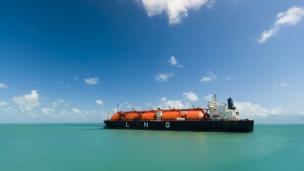 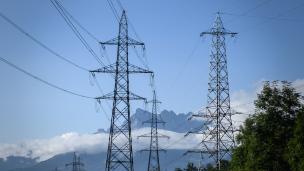 Lessons from the Rally in European Energy Prices
By Nikos Tsafos
September 24, 2021
In the News 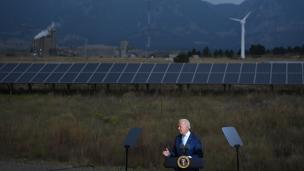 The Seeds of Another Trade War over Clean Energy
By Nikos Tsafos
September 16, 2021
Commentary 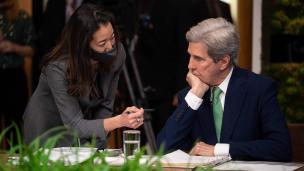 Engaging China on Climate before COP26
By Nikos Tsafos
September 10, 2021
On Demand Event 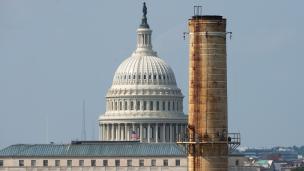 The Next Decade in U.S. Power Sector Decarbonization
By Nikos Tsafos
September 3, 2021
View all content by this expert