What Is the Brexit Backstop and Why Is It Important?

Critical Questions by Donatienne Ruy and Heather A. Conley

This Critical Questions is part of a special series on key Brexit issues in which CSIS experts help break down the complexities and confusion surrounding the United Kingdom’s efforts to leave the European Union by October 31, 2019.

Q1: What is the Brexit backstop?

A1: Simply put, it is an insurance plan to prevent the return of a hard border between the Republic of Ireland and Northern Ireland.

When the United Kingdom leaves the European Union, the two will become separate trading blocs between which there must be customs checks for goods traveling across the border where the United Kingdom and the European Union meet on land, the so-called hard border. This border stretches along a roughly three-hundred-mile boundary on the island of Ireland between the Republic of Ireland and Northern Ireland. It meanders along paths, through villages, and even straddles several buildings and farms. It is also a border that, prior to the 1998 Good Friday Peace Agreement, was a source of violence for decades. A return to a physical border could reignite these violent tensions between Protestant and Catholic communities and would devastate border businesses such as milk farms and transport companies.

Q2: Was the backstop agreed?

A2: No. The Withdrawal Agreement was rejected three times by the UK House of Commons, which led to the forced resignation of now-former prime minister Theresa May. The Withdrawal Agreement was rejected by Parliament in large part because of the backstop clause. Some members of the ruling Conservative Party and Northern Ireland’s Democratic Unionist Party (DUP), upon which the Conservative Party depends for its majority in parliament, believe the backstop will keep Northern Ireland, and therefore the United Kingdom, bound in perpetuity by trade regulations set by the European Union. It is also unacceptable for the DUP to support anything that would treat Northern Ireland differently from the rest of the United Kingdom. The new Conservative prime minister, Boris Johnson, has called the backstop “undemocratic” because part of the United Kingdom would be regulated by rules it could not control (since these rules would be set in Brussels).

Q3: Can the backstop be removed from the Withdrawal Agreement?

A3: It depends whom you ask. The European Union has refused to reopen the Withdrawal Agreement or remove the backstop because it believes that establishing a hard border directly contravenes the Good Friday Agreement (hence the need for the insurance plan to prevent that from ever occurring). The European Union is also concerned with protecting the integrity of the single market. Should Northern Ireland be outside the single market, the border will be difficult to supervise, increasing the likelihood that goods that do not follow EU regulations would pass through and then be traded across the entire continent. The new UK government insists, however, that the backstop language must be removed from the Withdrawal Agreement or the United Kingdom will leave the European Union on October 31 without an agreement (the “no-deal Brexit” scenario), though they have not proposed an alternative plan to the backstop. The Republic of Ireland has been the most vocal EU member state against the hard border as it would be the most affected in this scenario, and all other member states have supported its position. Thus, for the European Union the backstop must remain, and for the new UK government, it must go.

Q4: Are there any alternative options?

A4: Potentially. There has been a great deal of discussion regarding alternative arrangements for the border, including technology and checks (invisible tracking devices and trusted trader programs) conducted away from the physical border that would prevent the need for a hard border. But this border is incredibly porous; would be highly susceptible to smuggling; and as stated above, sometimes crosses individual buildings and farms. The UK government also admits no such system will be ready soon and certainly not in time for the Brexit deadline on October 31.

This industrial yard is split by the border #brexit pic.twitter.com/aLNvZ8N9Ky

Other options are politically implausible, such as keeping the entire United Kingdom in the European Single Market or having the Republic of Ireland join the United Kingdom outside of the single market. The UK government has called for other options to be considered and has insisted that come what may on October 31, they will not enforce the border. This decision would effectively place the onus on the European Union via Ireland to impose some form of border checks, in turn forcing the European Union to be in a position to infringe upon the Good Friday Agreement. The United Kingdom may believe, or perhaps hope, that the Irish government would never seek to impose border checks as it would harm their economy and jeopardize the Good Friday Agreement.

Q5: So how will the backstop issue play out?

A5: The backstop may be the official justification for the new UK government to proceed with a no-deal Brexit. However, some members of parliament who favor a no-deal Brexit have said that even if the backstop were removed, they still would not vote for the Withdrawal Agreement. The combination of a UK government unable to gain Parliament’s approval for the Withdrawal Agreement, a European Union unwilling to renegotiate the agreement, and Boris Johnson’s journey to secure a Conservative majority in a likely-upcoming snap election (either shortly before or after October 31), make October 31 a “do or die” moment—and an explosive recipe for a high-stakes game of chicken.

What actually happens to the border if a no-deal Brexit happens on October 31? That is unclear. A no-deal UK departure leaves most border issues outstanding. The Republic of Ireland is preparing for a no-deal Brexit while the United Kingdom, through its Operation Yellowhammer, is also making worse-case scenario no-deal plans. However, this planning is neither substitutes a negotiated trading relationship between the United Kingdom and the European Union nor upholds the Good Friday Agreement. The physical border will need to be addressed. 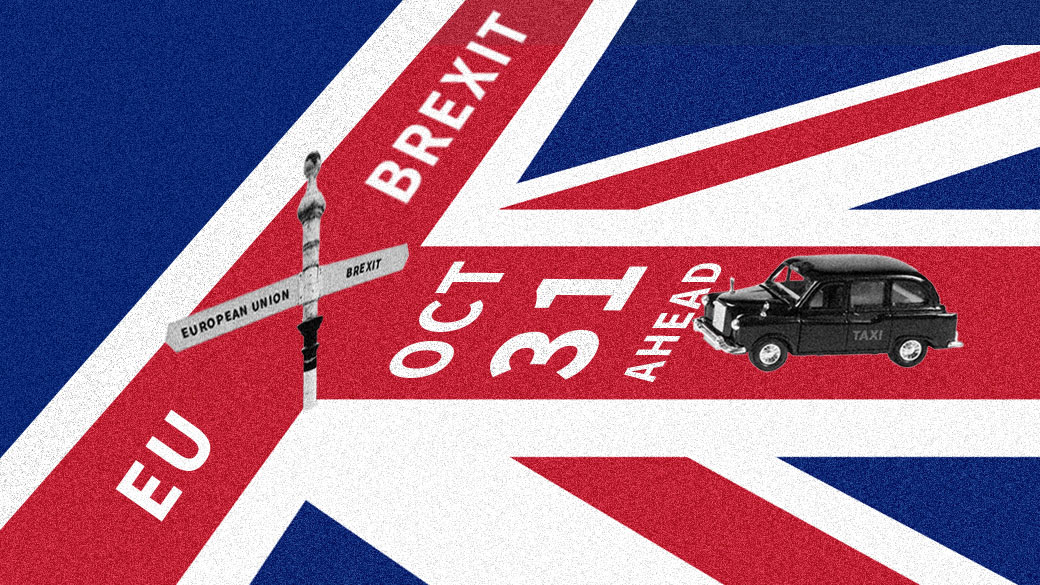