What Does Russia’s War in Ukraine Mean for Latin America and the Caribbean?

Russia’s unprovoked invasion of Ukraine has deep implications for Latin America and the Caribbean. First, it demonstrates the growing strategic challenge to the United States from the survival and proliferation of populist authoritarian regimes, such as Venezuela, Nicaragua, and Cuba, in the Western Hemisphere. All three vociferously supported Russia’s actions and the work of Russian-backed separatists, as they did when Russia invaded South Ossetia and Abkhazia in Georgia in 2008 and when it illegally annexed Crimea in 2014.

The authoritarian populist countries of Latin America count a strong Russian presence already—something Vladimir Putin could increase should he wish to retaliate for sanctions and escalate pressure on the United States in a post-Ukraine situation. Russia’s behavior in the current crisis illustrates a repeated pattern of leveraging Latin America to deliberately pose strategic threats to the United States, thus creating space for its aggressive actions in Europe. Indeed, recent Russian visits to the region from Deputy Prime Minister Yuri Borisov and meetings between Brazil’s president Jair Bolsonaro and Argentina’s president Alberto Fernández with Vladimir Putin appeared to lay the groundwork for regional support (or at least reticence). Further, Deputy Foreign Minister Sergei Ryabkov recently alluded to the deployment of forces and equipment in Latin America and heralded the signing of a recent Russia-Venezuela security cooperation agreement. All of this is reminiscent of when Russia’s then-president Dmitri Medvedev made an improvised visit to the region during the 2008 crisis in Georgia—all intended to demonstrate that Russia was not isolated internationally. Russian aggression in Europe is usually followed by military escalation in Latin America, as when it sent Tu-160 (nuclear-capable) military bombers to Venezuela for exercises in 2008, 2013, and 2018.

Second, Russia’s disinformation campaign and the presence of Russia Today in Spanish-language media are both robust. For days, various hashtags referring to the need to “abolish NATO” trended regionally, even though the region counts several major non-NATO allies (Argentina and Brazil) and one NATO global partner (Colombia). Russia’s disinformation campaign vitiates Latin American support for basic elements of the Western security architecture that can keep the region safe.

Third, Russian security cooperation and (limited) economic engagement with the region means that U.S. and EU sanctions on Russia’s economy may experience Latin American loopholes. Further, connections to regional criminal organizations mean Putin could shift to a more illicit economy if sanctions bite and Russia must find workarounds to pay off regime cronies.

Lastly, Ukraine’s stiff resistance and heroic efforts against a more powerful Russian army could galvanize opposition movements fighting for political liberty in their own countries of Venezuela, Nicaragua, and Cuba. If nothing else, this moment serves as a reminder of the importance of doing more to support those fighting for democratic governance in the Western Hemisphere.

Ryan C. Berg is a senior fellow with the Americas Program at the Center for Strategic and International Studies in Washington, D.C.

Jill Biden’s six-day tour of Latin America is high-stakes diplomacy
The Washington Post | Jada Yuan
May 18, 2022
In the News

US summit struggles in Latin America are a boon to China
Financial Times | Michael Stott
May 18, 2022
In the News 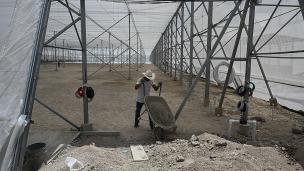 What Lies Ahead for the Zones for Employment and Economic Development in Honduras?
May 16, 2022
In the News

Biden’s Americas summit is drawing jeers and threats of boycott
Politico | Nahal Toosi
May 11, 2022
View all content by this expert