What role should values play in American strategy?

“The dogmas of the quiet past are inadequate to the stormy present.”—Abraham Lincoln, Annual Message to Congress, December 1862.

American foreign policy is predicated on the familiar themes of a liberal international order sustained by American power and unquestionable in its intrinsic righteousness and ultimate success. But even before the election, a strong contrarian view of foreign policy had emerged in Washington after 15 years of failures in the Middle East, Asia, and Europe. We can summarize the conclusions behind this view as follows:

-- The 25-year period of stability among major powers that followed the Cold War (and stability means that there is little incentive for any nation to use force or coercion to change its relations with other states) has ended.

-- The era of unchallenged American dominance has also ended. Our challengers believe they are in a “strategic competition” with the United States and use unconventional or indirect tactics to circumvent U.S. power and hamper its ability to counter their actions.

-- Unchallenged dominance afforded the U.S. the luxury to pursue foreign policies that made only marginal contributions to advancing its vital interests. Dominance also led the U.S. to emphasize administrative and programmatic skills over strategic thinking, creating policies that were too often formulaic and feckless.

-- The views of the foreign policy establishment no longer reflect the views or interests of many citizens.

This contrarian view is far from universal and it confronts a stolid orthodoxy that, although shaken by the election, is still comfortable in its belief that recent events are only a temporary anomaly for the America Century. But an overwhelming case can be made that the foreign policies pursued since 2000 have damaged the U.S., and in consequence, have also reversed the trend toward increasing democracy. We are in retreat. Reversing this decline and overcoming new challengers requires a clear assessment of American objectives, how they can be achieved, and at what cost.

We are now entering a period of renewed conflict, not over resources or territory but over values.

Irrespective of the election, however, change in foreign policy will be forced upon us, a choice between renewed leadership or increased irrelevance. Let us be clear that change and recovery are possible. America may no longer be the unchallenged superpower but it can be primus inter pares in the multipolar world many have long predicted. Numbers alone show this. The United States still has the greatest share of global income, a share that has only declined slowly in the last 60 years (from 28 percent in 1960 to 22 percent in 2015). It has the third largest land mass. It is fourth in population size. Its research universities lead the world. America’s military, although expensive, somewhat tattered after its misadventures, and overly reliant on its Cold War technological inheritance, retains conventional supremacy. The fundamentals of power put the U.S. in the top tier of nations, but being in the top tier does not guarantee influence nor the continued ability to set the agenda and direction of global affairs.

The problem is strategy, not resources or objectives. The long trajectory of American foreign policy has been shaped by the pursuit of a world ruled by law, democratic institutions, individual rights, and open markets. This American vision remains compelling. It serves both our own interests and the interests of other nations, reflecting ideals that America has acted on since it first became a world power, first in response to European imperialism, and then in the defense against totalitarianism. Critics will say that the pursuit of this vision has been erratic at best and too often sacrificed for self-interest, charges that have some truth to them, but no other nation has articulated an equally compelling vision of a just world order.

Our mistake was that we assumed this vision had prevailed with the Soviet collapse. Perhaps this could have been true if the U.S. had followed a less triumphalist and more astute foreign policy. Irrespective of this, we are now entering a period of renewed conflict, not over resources or territory nor a conflict where military force will predominate, but a conflict over values and the international order they shape.

Powerful authoritarian nations strongly oppose this American vision. The collapse of the Soviet Union was the concluding event of a long ideological struggle that began in the 1930s. The situation we find ourselves in now is in good measure a reaction to victory in the Cold War and the American policies that followed it. Totalitarian ideologies were defeated, but Russia and China were not. Countries that were not democracies before the advent of communism did not magically become democracies upon communism’s demise. The current generation of challengers is nimbler, bolder, and more dynamic in their pursuit of power at the expense of the U.S. We have still not recovered from the damage to alliances and influence from the 2003 invasion of Iraq, and the decision to lead from behind was, in retrospect, simply a decision not to lead.

The motives that drive Russia and China are defensive and revanchist. Both wish to reclaim what they see as their rightful place in world affairs, but the fragility of their regimes and the fear the U.S. will exploit this is the ultimate source of their opposition. Their perception is that the U.S., facing no constraints, will intervene to remake other nations in its own image with or without the approval of the United Nations. Their efforts to remake the U.S.-centric international order or to create alternatives to Western “information hegemony” are motivated by resistance to what they see as a comprehensive U.S. strategy for dominance. Iran and North Korea share these views, and these four nations will use unconventional means to damage U.S. influence. Their fears that they were the ultimate targets of regime change are now somewhat mitigated by their successes against the U.S.

More importantly, our opponents reject “universal” values, the political and civil liberties contained in the Universal Declaration of Human Rights, calling them “Western.” They would prefer to return to an earlier international order based on a nineteenth-century version of sovereignty, where a country is free to do as it pleases to its own citizens on its own territory. Their concerns over American disregard for sovereignty have some appeal to other nations who are uncomfortable with the unipolar moment. A world populated by powerful states untrammeled by international law and practice in their domestic actions is inherently unstable. The experience of the twentieth century showed that states that abuse their citizens do not make good neighbors.

The United States must rebuild its capacity and credibility to counter the web of lies and mistruths designed to damage us.

Our opponents believe advances in U.S. military technology—the combination of unmanned vehicles, precision weapons, cyber-attack, and hypersonic strike—mean that in a conflict, the U.S. could achieve strategic effect against them, circumventing their defenses, even without using nuclear weapons. They have compensated for these advances by developing new strategies and tactics—covert, political, and unconventional—that can be used against the U.S. and its interests without triggering a damaging and perhaps unwinnable military confrontation.

We have entered a period of conflict, not necessarily military conflict and not a new Cold War—interconnected economies are a brake on sharp demarcations between hostile states. American military superiority means that conflict will involve political and “informational” aspects as much as the use of force. Although our opponents will prefer to avoid conventional military force to achieve their objectives, the risk of armed conflict is substantially increased, as our opponents are tempted by a perception of American weakness to seize the opportunity to coercively redefine the post–1945 world—in Syria, Crimea, the South China Sea, and perhaps elsewhere.

Some argue that universal values are utopian or that the U.S. cannot afford them when confronted by terrorism. Such thoughts reflect a misunderstanding of the nature of power. Force is at best a temporary substitute for ideas. In the contest between nation-states, power does not come from the barrel of a gun. Force has a role, but even the immensely powerful U.S. military cannot impose our values on other nations. The success of universal values, which seemed unassailable in 1989, has been reversed on the watch of the last two administrations, and rebuilding an effective foreign policy requires blending the pursuit of values with a willingness to use force and coercion in their service.

Reversing this decline will require that American policy adjust to the new era of strategic competition. Four questions can help us redefine American foreign policy:

-- How do we accommodate regional powers without conceding democratic values?

-- How do we defend the universal values now under attack?

-- How do we change the 1945 international structure and its supporting institutions to reflect the end of transatlantic dominance and the emergence of new powers?

-- What policies in trade and defense can be shown to the public to serve the interests of all Americans?

Answering these questions will require fundamental decisions on the direction of American foreign policy and a clear definition of truly vital interests, something that the U.S. has not had to do for two decades. Since so much of our opponents’ strategy relies on the manipulation of information for both international and their domestic audiences, the U.S. must rebuild its capacity and credibility to counter the web of lies and mistruths designed to damage us.

As a starting point, America’s vital interests can be described as promoting international stability and economic opportunity, and denying opportunities to use coercion and force against the U.S. and its allies. These interests point to reasonable objectives: to pursue stability while rebuilding a modernized version of the framework and institutions for international order created by the United States and its allies.

Presidents and their administrations since Wilson have struggled to define policies that balance realpolitik and self-interest with idealism and justice. We have reached the end of a 25-year period of strategic stability and relative peace among major powers. The struggle of this new era may be again to assert and defend the universal values created after 1945. Our policies must adjust to this if they are to be effective.

Downloads
Download PDF file of "What role should values play in American strategy?"
Written By 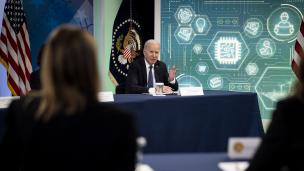 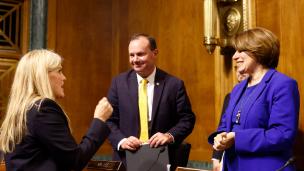