What Will Biden Do?

Predicting a politician’s moves after a campaign is harder than predicting them during a campaign. The latter is a time for promises, and good poll data, if there is such a thing anymore, will tell you what to say. Post-election, if you win, you have to decide which promises to keep and which to put back into the closet, probably to be exhumed in four years for another round. Donald Trump was one of the rare presidents who remembered his promises and did his best to keep them, to the delight or chagrin of the voters, as the case may be. Most promises have a shelf life of about 18 months, after which they tend to fade away, either because they were never good ideas in the first place or because keeping them would require a sympathetic Congress, which rarely exists in an era of divided government.

With that in mind, let’s take a quick look at how President-elect Biden might approach the trade issues he will face on January 20. In doing that, I am going to contrast him with Trump because, as we are learning, he is not going to go away. Though he will certainly leave the White House—whether voluntarily or kicking and screaming remains to be seen—he is already talking about running again in four years (and you thought the Democrats are the only party with internal conflicts), and he will certainly attempt to maintain his grip on the party and, of course, criticize everything that Biden does. To show the contrast, I’ve constructed a handy little chart:

The biggest difference is in the first two bullets. Trump is a confirmed unilateralist not interested in working with others. Biden is an equally confirmed multilateralist and believer in coalitions, cooperation, and multilateral institutions. He has already indicated his intent to rejoin the Paris Agreement and the World Health Organization, and we can stop worrying about a sudden tweet announcing we are leaving the World Trade Organization (WTO). Indeed, the decision on the new WTO director-general has been postponed, probably until late January, to allow Trump to time out and the new administration to approve the selection of Ngozi Okonjo-Iweala. You should look for renewed and more positive U.S. engagement with the WTO and an effort to settle the disputes that have paralyzed it.

On the WTO, as with other issues, for Biden, Trump has been a case of right diagnosis, wrong prescription. The Biden team will agree with many of Trump’s criticisms, but they will find a different path to a solution. For example, Democrats’ view of the challenge China poses is not greatly different from the Republican view, but Biden will try to deal with China through a coalition and negotiation rather than unilateral tariffs. (He won’t succeed any more than Trump did, but that’s another column.) Meanwhile, decoupling will proceed, driven increasingly by China’s go-it-alone policies as well as Western companies’ discomfort with Xi Jinping’s repressive policies.

As far as policy objectives are concerned, Trump obsessed over deficits. Biden will want to make sure the benefits of trade accrue to workers and not just corporations, and he will use trade policy as a means of furthering and enforcing his environmental objectives.

On trade agreements, Trump favors bilaterals; Biden favors none, at least in the beginning. He is right that the country faces enormous domestic problems, but trade is a much greater part of our economy than it used to be, and failure to move forward risks making the same mistake Obama made of waiting so long to start anything that there was no time left to finish. Biden will probably continue the current negotiations if they have not concluded by January 20—not to do so would be a slap in the face to Kenya, the United Kingdom, and Japan—but whether they conclude in time to use the fast track process before it expires at the end of June is uncertain. Also uncertain is whether the Biden administration will rush to renew it. At this point, it appears not—also a decision they will come to regret. They are going to need it and will realize too late that it is easier to get it sooner rather than later.

Finally, both candidates preached the gospel of Buy America, which I addressed in a previous column. If Biden’s initiatives are about federal procurement, they will irritate the European Union and Canada, but they won’t make much difference economically. However, if they are about reshoring manufacturing, they could be consequential. Thirty years ago, when I started giving speeches about competitiveness, I said that incentives to stay here were a key element of the tripod. The other two legs were doing more for the victims of trade and running faster—out-innovating the competition. It appears that the Biden team has a similar view. The trick on reshoring is carrots, not sticks. Companies will do what is in their economic interest, and the real challenge is to get them to see their interest as long-term success, not quarterly earnings. Incentives that alter their calculations are probably better than penalties that might encourage them to move entirely offshore.

I have not covered every issue—stay tuned for future columns. One thing to be sure of is that with Trump hanging around, trade will continue to be front page news, which is great for Scott Miller and me—the Trade Guys. 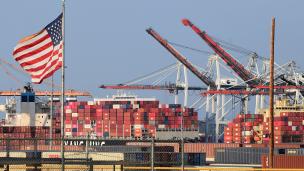 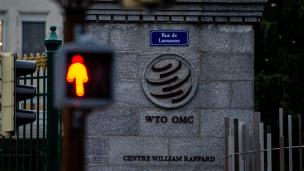 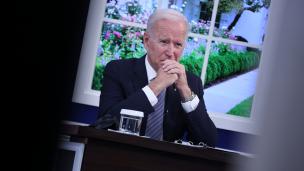 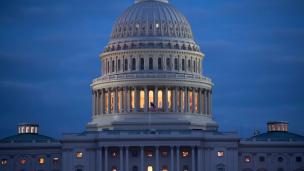 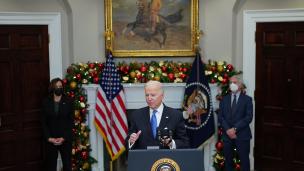 That Was the Year That Was
By William Alan Reinsch
December 20, 2021
View all content by this expert