On April 11-12, 2019, Croatia will host the eighth summit between China and Central and Eastern European countries—the flagship gathering of China’s “16+1 format.” The summit takes place just weeks after the European Commission labeled China a “systemic rival” and economic competitor and a day after Premier Li Keqiang of China participates in the China-EU leaders' meeting in Brussels. As the summit commences, here are some key issues to consider.

A1: The 16+1 format, also called the China-CEEC (Central and Eastern European Countries) summit, is a Chinese initiated-platform initiated in 2012 to expand cooperation between Beijing and a group of 11 EU member states and 5 Balkan countries: Albania, Bosnia and Herzegovina, Bulgaria, Croatia, the Czech Republic, Estonia, Hungary, Latvia, Lithuania, Macedonia, Montenegro, Poland, Romania, Serbia, Slovakia, and Slovenia. Although the initiative predates the formal announcement of China’s Belt and Road initiative (BRI), the 16+1 summit is widely seen as an extension of the BRI. The three priority areas that China has identified for increasing cooperation under the 16+1 include infrastructure, advanced technologies, and green technologies. Although the grouping gives the outward impression of multilateralism, it is mainly a forum for China to strike bilateral deals.

Q2: What does the investment activity look like under the initiative?

A2 : According to an analysis by the CSIS Reconnecting Asia Project, China has contributed around $15.4 billion toward infrastructure and other investment in the 16+1 countries since 2012 in areas such as energy, transport, information and communication technology (ICT), manufacturing, real estate, and mergers and acquisitions (M&As). Announcements slowed during 2018 and remain more focused on non-EU member states. Since 2012, 70 percent of announced deals have been in non-EU member states even though they make up only 5 of the 16 participants and only 6 percent of the group’s collective GDP. Further analysis indicates that countries with above average investment levels tend to have higher levels of corruption as measured by indicators from both the World Bank and Transparency International. Sectoral trends are emerging as well. Chinese power projects are concentrated in non-EU countries while ICT and Smart city projects are concentrated in EU countries.

Q3: How has the European Union Reacted to China’s 16+1 Format?

A3: EU officials are increasingly critical of the 16+1 and worry the mechanism could further undermine EU unity on policies toward China. In 2016, The European Commission’s Joint Communication on Elements for a new EU Strategy on China insisted that any bilateral relations with China—including in group settings such as the 16+1 format—should be coordinated with the European Union to ensure that relevant aspects are “in line with EU law, rules and policies, and that the overall outcome is beneficial for the EU as a whole.” The European Parliament reiterated this stance in a resolution on the state of EU-China relations in December 2018. In response, China insists that it firmly supports European integration and unity, including during a recent meeting between Premier Li Keqiang and EU leaders in Brussels.

Q4: What notable outcomes could come out of the April 11-12 summit?

A4: This year’s summit will be an interesting balancing act for the Chinese premier, who will have met with President Donald Tusk of the European Council and President Jean-Claude Juncker of the European Commission a day before arriving in Dubrovnik. According to a joint statement released after the EU-China summit, both sides agreed to deepen cooperation between China’s BRI and the European Union’s strategy on Connecting Europe and Asia while also upholding multilateralism and the rule of law. At the same time, this year’s 16+1 summit could see the expansion of the 16+1 to include Greece according to one report, a development that would not be well-received in Brussels, particularly after Italy’s recent decision to sign a BRI MOU.

Jonathan E. Hillman is a senior fellow with the Simon Chair in Political Economy and director of the Reconnecting Asia Project at the Center for Strategic and International Studies in Washington, D.C. Maesea McCalpin is a program manager and research associate with the Simon Chair in Political Economy’s Reconnecting Asia Project at CSIS. 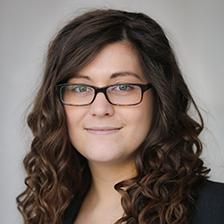 Huawei's Global Cloud Strategy May Give Beijing 'Coercive Leverage'
Voice of America | Ji Xi
May 28, 2021
In the News

The Cybersecurity 202: Cybercriminals scammed a record number of victims with cryptocurrency
Washington Post | Tonya Riley
May 18, 2021
View all content by this expert