Will the U.S.-Australia Alliance Sprout a Development Dimension?

The Pacific Islands are piercing the strategic imagination of Washington political leaders. As the U.S. and Australian governments renew their commitments to cooperation under the alliance, it is time for a proper plan on development cooperation.

Through this uptick of engagement in a region where the United States has had a minimal presence and where Australia is the largest donor, the U.S.-Australia alliance is being given due prominence. Australian deputy prime minister Richard Marles welcomed the Harris speech, emphasizing that U.S. rhetoric on the Pacific Island countries was complemented by “real policies and real engagement.”

The last two decades under the U.S.-Australia alliance paved the way for closer defense and security ties. This includes the annual rotation of U.S. Marines to Darwin, a U.S.-Australia Force Posture Agreement in August 2014, ongoing Australia-United States Ministerial Consultations (AUSMIN) talks, and the AUKUS submarine deal in 2021 (a trilateral strategic defence alliance between Australia, the United Kingdom and the United States). Recently, the United States and Australia completed the ninth Talisman Saber joint military exercise—designed to ensure and demonstrate the ability of Australia and the United States to work together “with the highest levels of interoperability.” All these activities build a long-standing defense and intelligence relationship.

But as People’s Republic of China (PRC) concerns unite the security interests of Australia and the United States in the Pacific Islands, a critical truth confronts strategic leaders. If the United States and Australia want the alliance to function in the Pacific, it can only do so on Pacific terms. Far from wanting to be treated as a theater of geostrategic competition or venue for superpower military presence, Pacific leaders have made it abundantly clear that they have security concerns of their own, starting with the existential threat of climate change and expanding across the fully documented gambit of development concerns: jobs, education, health care systems, social prosperity, and inclusive economic growth.

Marles put it well last week at a CSIS address when he reflected on Australia’s battle to win back trust in the Pacific, offering a warning to the United States that to get anywhere on its security interests in the region, it needed to advance the security interests of the Pacific Islands first:

The Pacific has been clear in saying that geopolitical competition is of less a concern to them than the threat of rising sea levels, economic insecurity, and transnational crime. Australia respects and understands this. And we are listening.

Both the U.S. and Australian governments emphasize that development assistance will feature heavily in an increased prioritisation of the Pacific Islands. The 2020 MOU on development cooperation signed between Australia’s Department of Foreign Affairs and Trade (DFAT) and USAID sets out a menu of options.

But the political rhetoric will only get the United States and Australia so far. While the U.S.-Australia alliance is mature on security, the picture looks different for development. USAID and DFAT do not exchange staff or share development project pipelines, joint programming on the ground is scarce, and there are significant practical hurdles to cooperation, such as procurement barriers. To date, neither government has sought to tackle these challenges. Marles described this element of the U.S.-Australia alliance as “underdone” due to the absence of the “same kind of deep, organic interoperability as there is in other areas, such as defence” meaning that there is “huge opportunity to develop this and do more.”

While this mattered less in the past when there was limited overlap between the two countries’ aid programs, if Australia cannot coordinate effectively with its major allies, it is likely to become a challenge for Pacific Islands as the United States increases its presence.

There are a number of short- to medium-term steps both governments can take to mitigate this challenge and enhance the interoperability of U.S. and Australian development cooperation. These include:

Ultimately, strong development alliances do not happen by accident. They take practical people, ideas, and the ability to execute them. With political will high and strategic visions aligned, now is the time to make things happen. 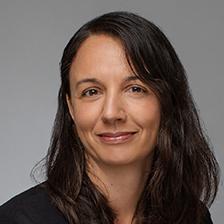 Most Recent From Bridi Rice 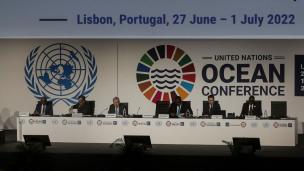 The Case for a Globally Accepted Vulnerability Index
By Bridi Rice
July 20, 2022
Commentary 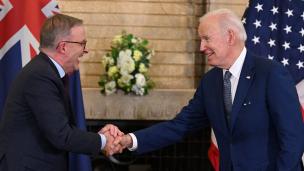 The United States and Allies Should Make a Big Offer to the Pacific Islands
By Daniel F. Runde, Bridi Rice
May 27, 2022
View all content by this expert