Chinese telecom manufacturer ZTE pled guilty to selling U.S. phone technology to Iran and then broke the conditions of its plea deal. In response, the United States denied ZTE access to U.S. technology, putting the company’s sales at risk of collapse. China made clear that ZTE had to be on the table if there were to be trade talks, and President Trump tweeted that he would help ZTE. The tweet sparked congressional efforts to reimpose sanctions on this “dangerous company” to reduce the risk of Chinese espionage. Trying to kill ZTE will do more harm than good, will fail in the face of Beijing’s opposition, will do nothing to improve security, and will accelerate damage to U.S. technological leadership. Other than that, it’s an appealing idea.

President Trump’s offhand announcement that he would lift sanctions provoked outrage and opposition, along with a fair amount of muddled thinking. ZTE is one of China’s largest manufacturers of cellular and landline telecommunications infrastructure equipment. It was caught selling equipment to Iran that contained U.S. components, in violation of U.S. sanctions. ZTE even instructed employees on how to circumvent sanctions. In March 2017, ZTE pled guilty to export and sanctions violations and agreed to pay an $892,000 fine, accept a three-year probation period, and—if it was caught violating this agreement—face a seven-year ban on purchases of additional U.S. technology.

ZTE even instructed employees on how to circumvent sanctions.

In March 2018, the U.S. Department of Commerce found that ZTE was not living up to its agreement. It had not really taken any disciplinary actions against its management team (removing the CEO and making him chairman of the board cannot be considered a punishment) and had even given bonuses to some of the complicit executives. ZTE was declared ineligible, in accordance with the first settlement, to receive U.S. technology until 2025.

ZTE’s efforts to comply with the initial penalty were duplicitous. This reflects a larger problem with China’s “compliance culture.” ZTE agreed to the initial penalties, paid the fine, but did not really expect to be held accountable after that. This is how business is done in China. The business compliance culture is lax because the rule of law is lax, subordinated to politics and to “guangxi” (connections). ZTE’s behavior is symptomatic of some of the larger problems we have with China.

The technology ban crippled ZTE’s mobile phone business. ZTE buys microprocessors and other components from U.S. suppliers. The heart of most mobile phones is a chipset made by the U.S. company Qualcomm. There are alternatives, but they are currently not as good. Being banned from buying U.S. technology gave ZTE a near-death experience.

The story begins to unravel if you question whether U.S. sanctions can put ZTE out of business.

President Trump announced (in mid-May) that he would lift sanctions to protect ZTE jobs. This provoked outrage on the grounds that ZTE is a “dangerous company” and should be put out of business to protect U.S. security. Some of the outrage was with process. Trump used a tweet to announce his decision, and policy by tweet irks many. Some Americans opposed Trump’s action because they welcome the attempt to kill off ZTE in the belief that, since ZTE technology can be exploited by the Chinese government for signals intelligence purposes (probably true), eliminating ZTE would improve national security (definitely not true).

The story begins to unravel if you question whether U.S. sanctions can put ZTE out of business. Americans may remember the phrase “too big to fail.” China’s government will not let ZTE go out of business. Beijing does not allow big enterprises with close ties to the state go under, especially as a result of foreign punishment. China’s practice is to keep state-owned enterprises, whether decrepit or dodgy, afloat with loans long after they have ceased to be profitable, creating immense problems for the Chinese economy, and ZTE is neither decrepit nor dodgy (at least from a Chinese perspective). Whether it is no-cost loans, direct subsidies, or something else, ZTE would be kept afloat until an alternative source of supply can be found. Chinese officials would prefer not to pay this price, but they will if it is necessary.

U.S. technology is crucial to mobile telecommunications, an important source of income and exports. Chinese officials and executives already complain about their dependence on Qualcomm and would like to replace it. They are concerned with China’s dependence on U.S. technology. Huawei (ZTE’s big brother) has research programs to develop alternatives to U.S. suppliers, including chipsets. The effort to choke ZTE accelerates China’s work to replace U.S. technology in the global market. We are in a technology race with China, and this race is tough enough without encouraging our competitors.

The story also unravels when you ask what contribution killing ZTE would make to U.S. security. The goal for intelligence agencies is to gain access to a telecom network’s backbone, such as core technologies like routers and switches. Knowing how a major telecom network is constructed and having insight into the technology and software it uses provides intelligence advantage.

Trying to kill ZTE is economic warfare that will backfire. Many accuse China of economic warfare, but in fact, only one country routinely engages in it. That would be the United States.

Gaining access to cellphones and other consumer products—which is what ZTE sold in the United States—is much less valuable, so blocking ZTE mobile phones from the U.S. market does not do much to hamper Chinese espionage. ZTE (and Huawei) have already been frozen out of the American telecom market. In some cases, the United States has required companies to strip out Chinese telecom technology bought and installed in friendlier times. These are reasonable security measures, but this means that additional measures to keep ZTE out are irrelevant. 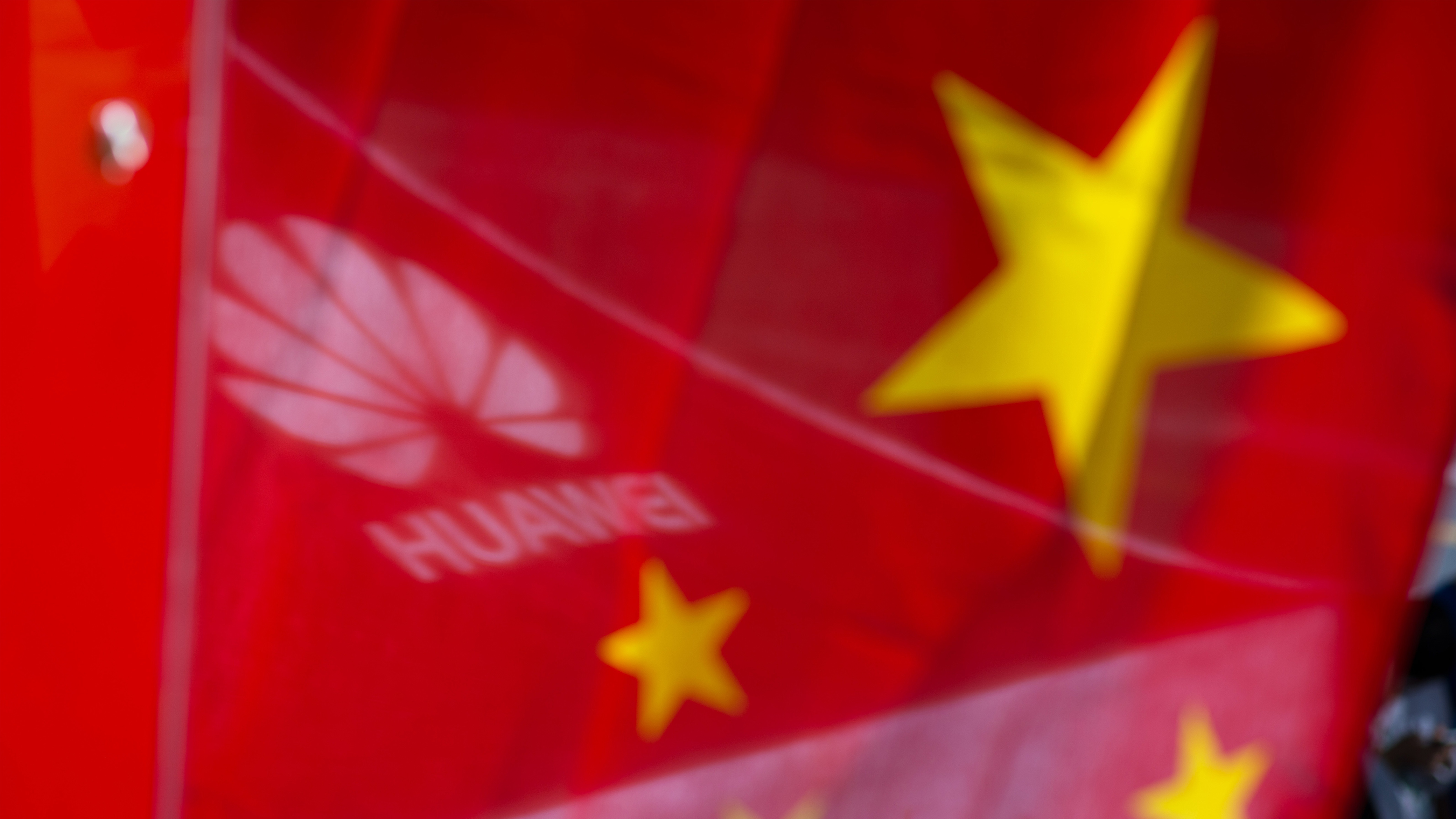 Huawei has already been frozen out of the American telecom market. - Photo: Johannes Eisele/AFP/Getty Images

With or without ZTE, the real risk comes from the United States’ erratic approach to cybersecurity. We use vulnerable technologies (usually American) and prefer voluntary action, what can be called a “faith-based” approach to cybersecurity. China, Russia, and others don’t need ZTE to get access to U.S. information and networks. Neither the recent alleged hack by China of a U.S. Navy weapons program nor Russian interference in the 2016 election depended on the kind of advantage that using Chinese telecom technology in U.S. networks might provide. Sacrificing ZTE may mollify our feelings of vulnerability the way the human sacrifice once mollified primitive societies, but it won’t change security outcomes, and it is not a good replacement for a serious effort at digital security.

Trying to kill ZTE is economic warfare that will backfire. Many accuse China of economic warfare, but in fact, only one country routinely engages in it. That would be the United States. Economic warfare (such as blockades, embargoes, or financial restrictions) worked better in a less globalized world. When there are alternatives to the United States, when access to the U.S. market is less important, and when our allies are unwilling to cooperate, the effect of these economic measures is limited. If sanctions aren’t lifted, ZTE will be kept afloat until alternative technologies are found, and the espionage advantage gained from its sales of telecom backbone equipment to developing countries will be undiminished.

A strategic approach would balance the natural desire to punish ZTE against the need to induce China to change its trade and industrial policies.

And waiving ZTE sanctions does not create a precedent. Export sanctions have been waived before. These waivers are justified as being in the national interest, usually when the offending company is also an important supplier to the U.S. Department of Defense. In this case, since the Chinese government said (at the ministerial level) if relief for ZTE was not on the table, there would be no trade talks, there is an argument to be made that the national interest is best served by waiving sanctions.

A strategic approach would balance the natural desire to punish ZTE against the need to induce China to change its trade and industrial policies. Getting China to play by the rules is the most important strategic problem the United States and its allies face. Whether it is “Made in China 2025” or President’s Xi Jinping’s endorsement of globalization with Chinese characteristics, China’s aggressive and often illegitimate policies harm the United States and other industrialized countries. A feckless effort to kill ZTE that will be resisted by Beijing at the expense of talks is counterproductive. That the Chinese want relief for ZTE is useful; it gives the United States leverage in what will be a long, arduous discussion of how China needs to reform. Trading a concession on ZTE to unblock the Qualcomm acquisition of NXP,1 which has been held up by Chinese regulators, is a good start.

The highly secretive world of technological espionage is murky, easily misinterpreted, and often counterintuitive. It is a house of mirrors where what may seem like a good idea on the surface can in fact be damaging. That ZTE’s behavior was egregious and should be punished is unquestioned. There are grounds for concern with China as a supplier of telecommunications equipment to U.S. companies (and thanks to government investment and support, China is rapidly becoming the world’s leading source of this technology, something that should worry the United States). But reimposing sanctions on ZTE will do nothing to improve U.S. security while weakening the United States in its the technological competition with China.

[1] NXP is a Dutch chip manufacturer, and adding to Qualcomm with strengthen the U.S. semiconductor industrial base.